How my Husband’s Grandparents Give Me Hope for the Future 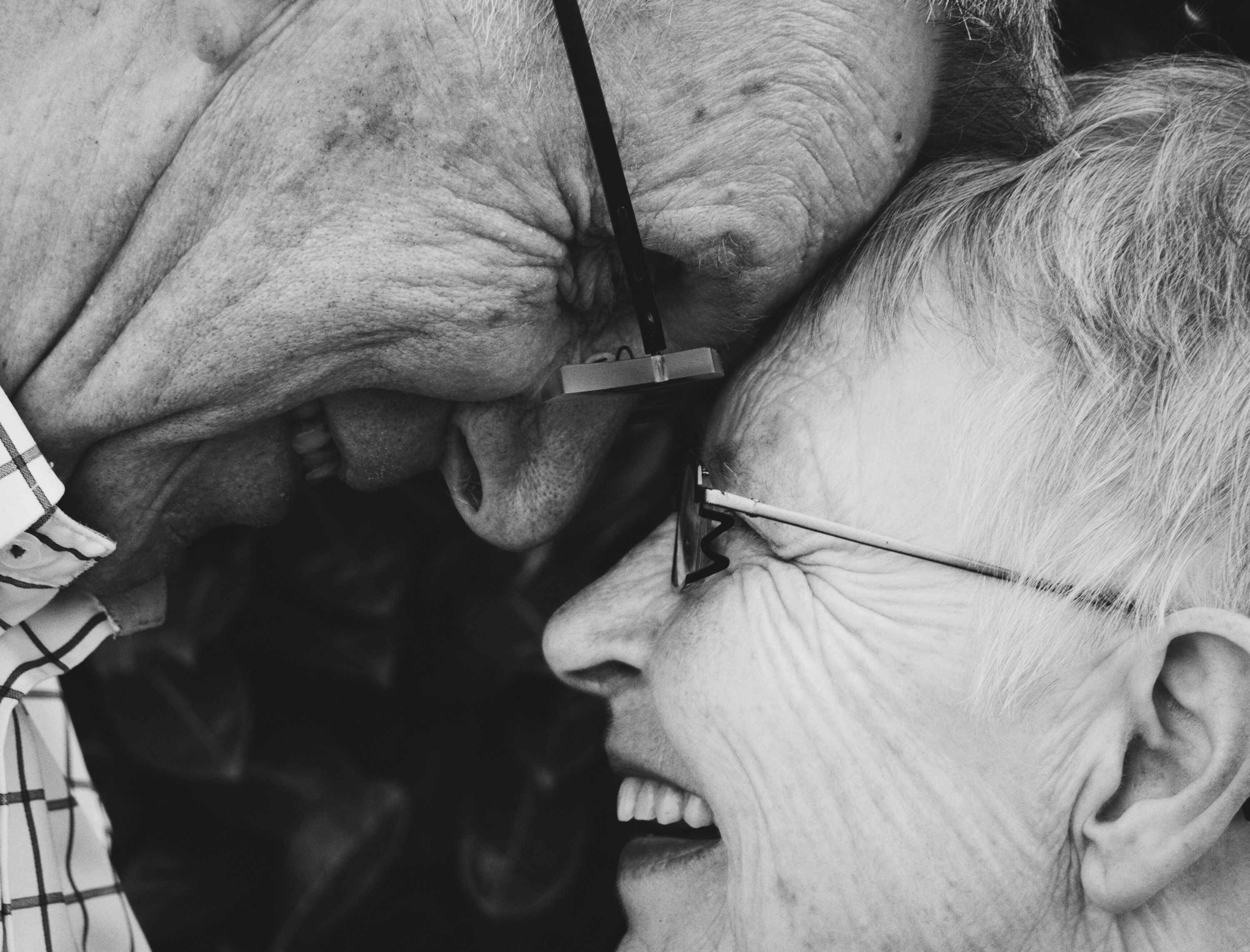 Many people are lucky enough to grow up with their grandparents. They see them for holiday dinners, visit on weekends and sometimes get to spend the night! That wasn’t quite how I grew up. I was lucky enough to get 19 years with my maternal grandmother, Marge, but both of my grandfather’s passed away before I was born. (We will save the tale of my father’s mother for another day…)

My husband, however, has a slightly different story. All four of his grandparents are still alive and well and, lucky for me, have been sweet enough to take me under their wings as one of their own. His paternal grandparents live down south, so we see them a few times a year. His maternal grandparents recently moved in with his parents – and it’s been rather enlightening to see them together. In fact, next May is Frank and Gloria’s 65-year anniversary. That’s a pretty stunning accomplishment for anyone!

It’s been really exciting to get a glimpse of this kind of relationship. My parents divorced when I was 2 so I never really got to see what they were like together. That may have been a good thing, but I never got to appreciate what a solid, stable relationship looked like before now. (Not that my in-laws aren’t solid and stable – they just aren’t all that affectionate or as adorably old as Frank and Gloria). Anywho – these two cuties give me hope for the future! Why? They do a lot of things to keep themselves going!

One of my personal favorites is date night. Once a week, they both get dressed up and go out. It’s usually for dinner, but sometimes one of them will surprise the other. They spend a ton of time touring local wineries together and wake up early every Sunday to attend Mass and grab breakfast after.

Now, since Gloria is 83 and Frank is 85, they’re a little more limited on what they can and can’t do. That seems to be of little detriment to them! They’re both incredibly active, and have shown zero signs of slowing down anytime soon.

They recently decided to be in charge of taking the dogs out for daily walks. This is great for both of them, since they usually do about 3 miles a day with the pups. It gets them way over the 30 minutes of daily exercise recommended for people their age! They even take my daughter for walks with them, too, which is literally the sweetest thing I’ve ever seen. She’s loves her Nan and “Popsie.” No idea where Popsie came from, but it’s cute so it stuck!

I’ve never seen someone smile as big as Gloria when Frank pops in with a handful of flowers for her. He also does some very random but sweet things for her. She said she wanted more room to paint in, so he moved his workshop to the garage and set up the sun room for her to work in! He arranged the whole thing as a surprise for her birthday, which made it a great present.

I’ve also seen her sneak out to have his car detailed. Since he still takes meticulous care of his 1959 Cadillac Coupe DeVille, he was thrilled to see it in such good condition. Gloria said that the person who did the detailing was pleased to work a legacy car too!

Those are bigger examples, sure, but the two of them do things constantly to make the other happy. Frank makes Gloria her favorite dinner, and Gloria brings home old records of Frank’s favorite music from their glory days. They go out of their way to show appreciation for one another which is a lesson every couple can take from them.

Never once have I heard Gloria and Frank argue. The hubs and I have been together for nearly 10 years, so I’ve known these two for a while now. I eventually asked Gloria about it, and was surprised to learn that they actually argue all the time! She told me that the key was to “never do it with an audience.” She and Frank had agreed, many years ago, that they would only bring up disagreements with each other, and not try to involve any one else.

And, she told me, the other key is to argue with love. You don’t have to feel loving during an argument, but you have to remember that you do love this other person. You have to think about what you want to say, and try to argue your point without any personal attacks. Gloria said that if you can’t do it without an attack, you don’t have a very productive argument!

I think some of the sweetest moments between these two are the ones I only see accidentally. I walked in for dinner one night to find the two of the dancing in the middle of the living room. They were dancing to “The Magic Schoolbus” theme song, with my little one in the background, so it wasn’t exactly a slow dance! They were both half doubled over with laughter and I nearly died of cute overload.

Ultimately, learning from my husband’s grandparents has been a magical experience. It hadn’t really occurred to me as something I was missing before. Having seen it, I’m very grateful for the exposure to a long-lasting, healthy relationship. They live about 5 minutes down the road from my family now, and it is so wonderful to be able to see them as often as we do.

I am, and will always be, grateful for them. They were the ones who showed me how to make a relationship work. They are the ones who gave me real hope that I can stay married for the rest of my life. So far, it’s working!

Jennifer Landis is a mom, wife, freelance writer, and blogger. She enjoys long naps on the couch, sneaking spoonfuls of peanut butter when her kid's not looking, and binge watching Doctor Who while her kid's asleep.  She really does like her kid, though, she promises. Find her on Twitter @JenniferELandis.
MORE FROM Jennifer:
The Ultimate NYE Cheat Sheet for Moms, Why I Love Setting Goals - and You Should, Too!
Red Tricycle > Spoke Contributor Network > How my Husband’s Grandparents Give Me Hope for the Future