How I Learned to Let Go of Perfectionism 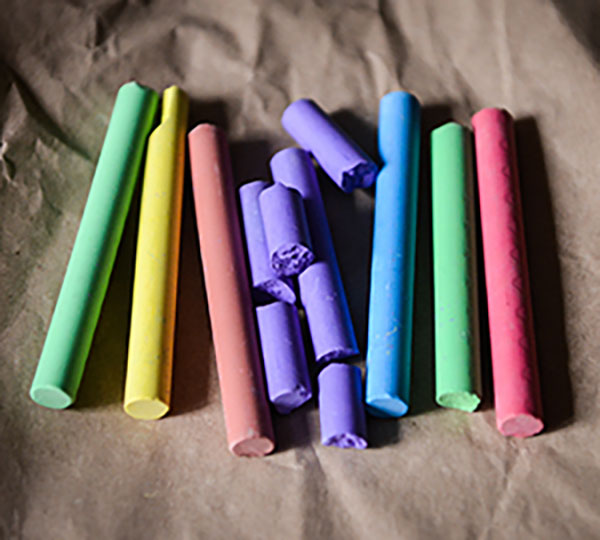 Perfectionism has become a dirty word in our society.  Especially amongst women.  The pursuit of all things perfect drives many of us to the brink.  We exhaust ourselves putting on a “good show” – one that makes our lives look glossy and unadulterated.  The perfectionist’s outward appearance is valued merely by what is seems, not what it really is.

I doubt any of us choose to be this way.  We manifest this unflawed lifest‌yle to appear as though we have it all figured out.  In the absence of this almighty confidence, we fear we’ll lose friends or be judged as incompetent, unintelligent or worse.

In recent years, I have become more aware of my tendencies toward perfectionism.  And, in horror, I realized I have passed those traits on to my daughter.  Her homework must be in perfect penmanship; she berates herself if she misses one math problem on a test or a single spelling word on a quiz.  Her projects must meet (or exceed) her own creative visions.  She strives to be great at everything she does.  And if something isn’t to her lofty expectations, it’s garbage and she proclaims that she is stupid.  It’s heartbreaking, really.

What troubles me most is that she refuses to try anything new. Because she won’t be great at it from the get-go.  She won’t play sports because she thinks everyone is already better than she is, she hesitates learning an instrument because she doesn’t already know how (and, of course, everyone else has been playing that instrument since age three, so she’s seven years behind).  She doesn’t want to try out for the musical or participate in the Science Olympiad.  She doesn’t want to practice yoga or play in the (uncompetitive) basketball league. Because “everyone is better than me,” she declares.

That’s the start of an unhealthy relationship with oneself.  I know this because I was once the same way. And it crippled me.

When I didn’t make the varsity soccer team as a freshman, I assumed I was no good at soccer and gave it up for good. When my Dance teacher told me I had beautiful form but that I did not have a dancer’s body, I interpreted her judgement as failure and stopped dancing. When I did not get a promotion at work, my mentor advised: “don’t grow up so fast.”  I figured that meant I’d never get promoted, so I quit. Everyone is better than me.

Along the way, I planted a little mental seed that grew into the belief that I was not inherently great at anything. I did not have any raw, natural talent that could propel me to superstar status. Being just good at something wasn’t enough for me, either. I had to be great. Perfect. Nobody is better than me.

What an incredibly selfish notion! But, because of it, I never tried anything new. If I wasn’t great at it, I wasn’t going to do it. And, how many opportunities I missed while harboring that attitude!

It wasn’t until recently that I began to understand that the story we tell ourselves is indeed the one that comes true.  After many, many, many years of thinking I lacked intrinsic talents, I changed my own narrative.  I chose not to resign myself to a life of “could have” or “can’t.” I decided to try.  Try anything and everything that inspires me – writing, painting, baking.  None of those things I have ever been formally trained to do.  And a vast majority of the resulting work is mediocre.  Far from perfect.  And I’m no longer bothered by that.  I celebrate every advance.  A story gets a little bit better.  A painting becomes a little more beautiful.  The brownies become a little more decadent.

And I think, what if I hadn’t made the soccer team because there were too many juniors and seniors who wanted to play and my time would come the following year?  What if my dance teacher had meant that I was incredibly good despite my figure? What if I hadn’t gotten that promotion because I had more to learn before I was ready to advance?  What if my perspective instead came from a place of growth?  Perhaps, I WAS really good at soccer or dance or work and everyone saw it but me?  Because I was too consumed with the idea I had to be perfect.

I think many of these lessons come with growing up.  Experience, of course, is the best teacher.  But, I wish I could tell my daughter that she will not regret trying.  Because, in trying, she’ll find the things she enjoys.  And whatever she enjoys doing, she will dedicate her time and her talents to it.  And one day, she’ll be good at it.  Maybe not perfect, but good.  And that will bring her the greatest joy.

ABOUT THE WRITER Molly Bollier
Bake For Your Life

I am a full-time Mom of two and a part-time expert hobbyist.  My love of baking and writing led to the creation of Bake For Your Life, a blog of recipes and stories everyone can enjoy!
Red Tricycle > Spoke Contributor Network > How I Learned to Let Go of Perfectionism