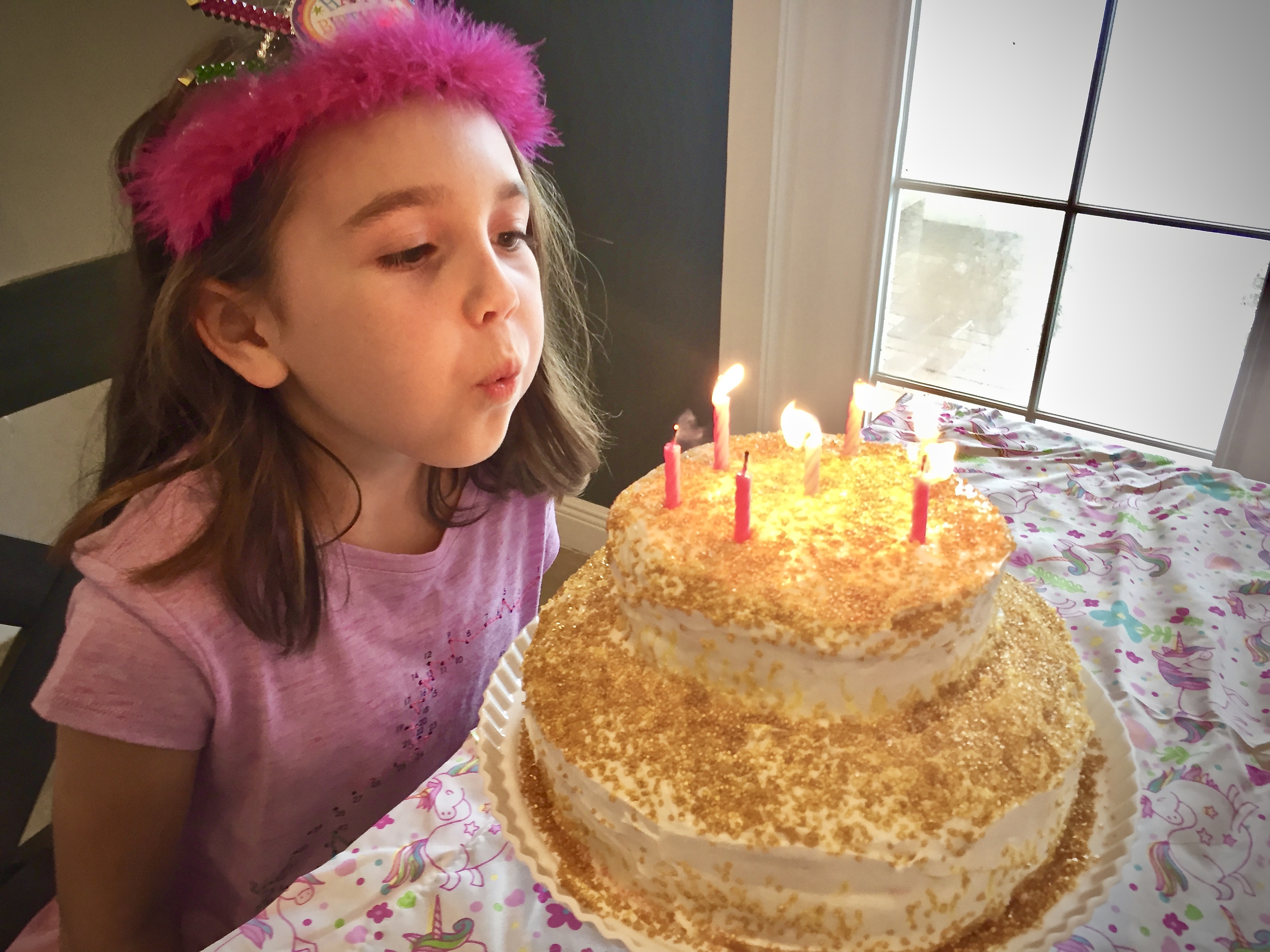 How did we even have birthday parties before Pinterest? I can’t hardly remember not scrolling endlessly through a sea of ideas. That’s the good part, endless inspiration. But on the flip side, there’s also scrolling through endless images of immaculate three tier fondant cakes and perfectly dipped cake pops (who can even do that?) knowing anything you do will be a failure in comparison.

One late night fondant massacre drove me to tears. That’s the night I learned that fondant and I are NOT friends. We’re not even frenemies. And that people who can do this, have superhuman abilities.

In the end I always scrape everything off, slather on a new coat of icing and dump a bottle of sprinkles on it.

And since I apparently never learn from horrifying incidents, I have somehow developed a yearly trend of reaching for Pinterest gold and eventually settling for something with icing on it. The good thing is I think I’ve totally nailed the ‘dump icing and a bottle of sprinkles on it’ technique. I’m sure I will be called to teach classes on it very soon.

But guess what? My little girl loves every cake. And she loves me for making it.

She doesn’t know that it was supposed to look any different, that this was Plan B. She knows that it’s sparkly and it has candles that she can make a wish on. And at the age when you still believe to your core that all your wishes and hopes and dreams will come true, that’s the best part of all.

So let’s try not to get caught up in what looks pin perfect. And keep in mind those Pinterest images that you fantasize about replicating, probably come from a professional with hours to work on it and a great camera to get those glossy shots.

But what you have, is your heart and your kid’s happiness and wishes in mind.

Tracy Shaw is a mom of two, wife, veteran journalist turned stay-at-home mom and saver. Check out some of her tips for having fun and staying healthy on a budget at www.FrugalFloridaMom.com.
MORE FROM Tracy:
Why I Don't Want Gifts At My Daughter's Birthday Party, 2 Simple Words That Made Me A Nicer Mom, What NOT To Do As A New Stay-At-Home Mom
Red Tricycle > Spoke Contributor Network > How I Realized My Kid’s Birthday Party Doesn’t Have to Be Pinterest Worthy