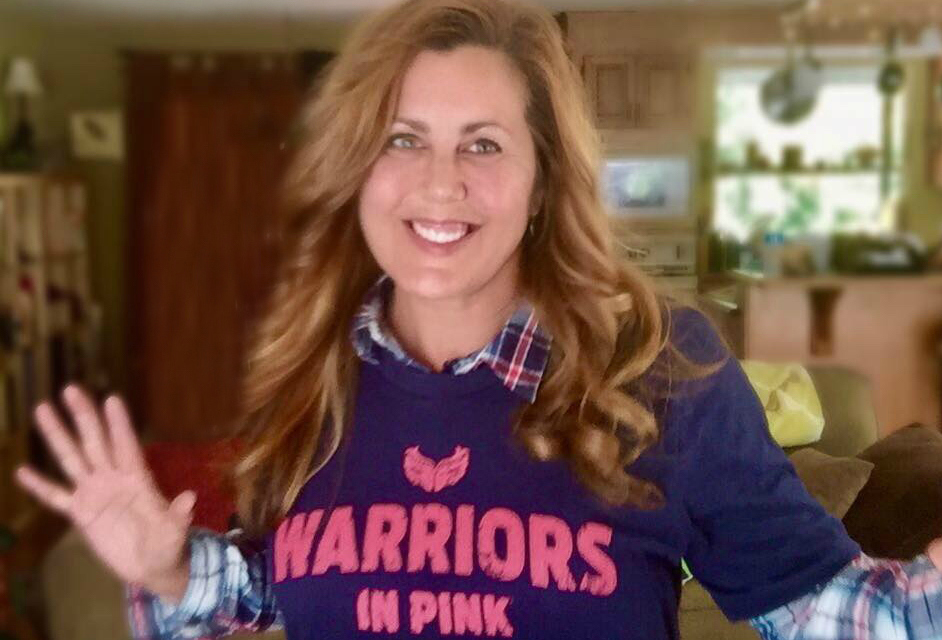 This October is especially meaningful for two-time breast cancer survivor and Ford Motor Company “Warriors in Pink” Model of Courage Kristine Rooke as she celebrates her 25 Year Anniversary as a Jazzercise Instructor. Now teaching in Bellevue, Washington, Kristine gets real about getting through cancer and how she’s found joy in helping others.

How did you find Jazzercise? When I was younger, I wanted to be a dancer but my dad wanted me to get a business degree. We compromised and I got my Masters in Psychology from Oregon State University. Being in mental health is super stressful. I made friends with a co-worker who took Jazzercise classes. My friend took me to class and I was lost like crazy but I loved it. The next day I woke up and could barely move. The day after that, I went back and bought an unlimited pass. I was hooked!

Being in mental health and working in in-patient psychiatric can be so hard. Whenever it got really tough, we’d look at each other and say, “Let’s go to Jazzercise.”

How did you become an instructor? My instructor asked me to become a door manager and it felt so great that she saw something in me, but I couldn’t make the schedule. She suggested I become a franchisee and my dad said, “If you can make a business of dancing, then go for it.”

For a long time, I kept my day job and taught outside of work hours. After I had cancer twice, I knew I needed to be creative with my life and made some major changes. I decreased stress by letting go of my grueling mental health job.

Are your psychology skills useful as an Instructor? Having worked with a diversified population, it allows me to get a quick feel for where students are and what they need. It allows me to have a good universal approach with everyone. There is a certain amount of coaching that’s ongoing.

What does Jazzercise mean to your life? Jazzercise means that I can be sure that I’ll have a job anywhere I go in the world. Knowing that was a ticket to freedom for me. And it’s led to all kinds of opportunities for me. From teaching in Austria to performing with the Taping Team.

As a breast cancer survivor, how have you handled teaching during your treatment? The first time I had cancer, it was really very difficult working 40 hours a week and teaching 9-11 classes a week. So, I got really good subs and when I could teach, I told people that the best way they could support me was to show up to class.

Having Jazzercise to go to and know people were watching me survive cancer was really important to me. Also self-image, depression, all that stuff that comes along with cancer – it’s real and I dealt with it in front of others. The depression after chemo can be so heavy. As soon as I got my endorphins rolling, I realized this is the answer. I needed to get back to who I was by moving, by dancing. I thought, “If you ever have to go through this, you’ve seen me do it. It can be done.”

I didn’t realize how it would affect others. People went and got tested and a handful were diagnosed from those tests. I was only 37 when I got it and they thought “holy crap, this could happen to me.”

You’ve been named to Ford Motor Company’s “Warriors in Pink” Models of Courage. What can you tell us about the Models of Courage and how you were selected? It came about because of one of the after-effects of chemo: insomnia. One really hot night I was on Facebook in the middle of the night making Jazzercise flyers. I saw this little thing on the side of Facebook that said “Breast Cancer Survivors, here is a way to give back.” And it linked through to the Ford Warriors in Pink application. Several months later, I got a call from Detroit saying they’d granted me the honor of becoming a Warrior in Pink, Model of Courage. A month later I was invited to attend a retreat where we talked about ways to give breast cancer survivors and their families “more good days.” I was really amazed to be part of this group after this tiny little inkling of wanting to do more. I knew I needed to do more as a survivor.  Immediately I was put in touch with the incredible outreach that Ford is providing breast cancer patients and their families. With the #moregooddays campaign, services are offered that can help patients and their families make it through the toughest of times. People can find out about the program at www.fordcares.com.

We’re called Models of Courage because we wear the (Ford-created and sponsored) “warrior wear” with warrior-inspired tribal mandalas. I’m a tribal leader, which means I help other people battling cancer.

October is Breast Cancer Awareness Month. What advice would you give to men and women about detecting, dealing with or living beyond breast cancer? Be your own advocate and do your own research on your disease. My breast cancer could be similar to another person’s but I needed to take care of myself by asking medical professionals what the right treatment was going to be for me. For example, I shopped around for an oncologist before deciding on one.

Take friends and family to your appointments so they hear what your options are and you can talk them through later.

Talk openly about depression and survivor guilt so it’s not such a surprise (to someone else who is diagnosed with cancer) down the road.

Is there anything you’d like to say to your fellow instructors? We’re able to show people that we can overcome insurmountable obstacles.

I would also say reach out amongst other instructors. I’ve always wanted to be a part of some network of instructors that would help people keep their franchises alive while in treatment.

Tell us one thing we’d never guess about you… I’ve recently started an acting career. I’m doing background and extra work on TV shows. We’ll see where that goes.

Do you have a favorite snack? Cheerios that are baked and roasted with melted butter and Worcestershire sauce.

Do you have a favorite quote and/or any words you live by? Live life to its fullest. You never know what tomorrow will bring.

I really do try to live every day as a special one. I faced death twice and I have the relationships I do now because I want those people in my life.

I don’t ever want to get cancer again, but I do want to be a part of women helping women.

We think this story Kris told us says it all. When I was in the (Jazzercise routine) taping at Legoland, Judi (Sheppard Missett, Founder and CEO) gave me a song to teach called “Above the Clouds” with choreography that had us reaching overhead. I was scared to teach it because I had to direct 500 people in making this turn (in unison) in another direction and Judi said to me, “Kris, you just beat breast cancer. You can do this.” And, I did.

And, please get screened for breast cancer. 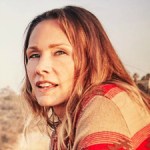 ABOUT THE WRITER Allison Stabile
www.jazzercise.com

Jazzercise is a dance fitness program that uses hit music and modern dance moves so you have fun while getting fit. As Director of Marketing for Jazzercise, Inc., my focus is on fitness as one way to get healthy and care for yourself.
MORE FROM Allison:
How Jazzercise Helped this Instructor Through Cancer Twice
Red Tricycle > Spoke Contributor Network > How One Instructor Jazzercised Her Way Through Breast Cancer…Twice