How Positive Parenting Saved My Relationship with My Teenage Daughter 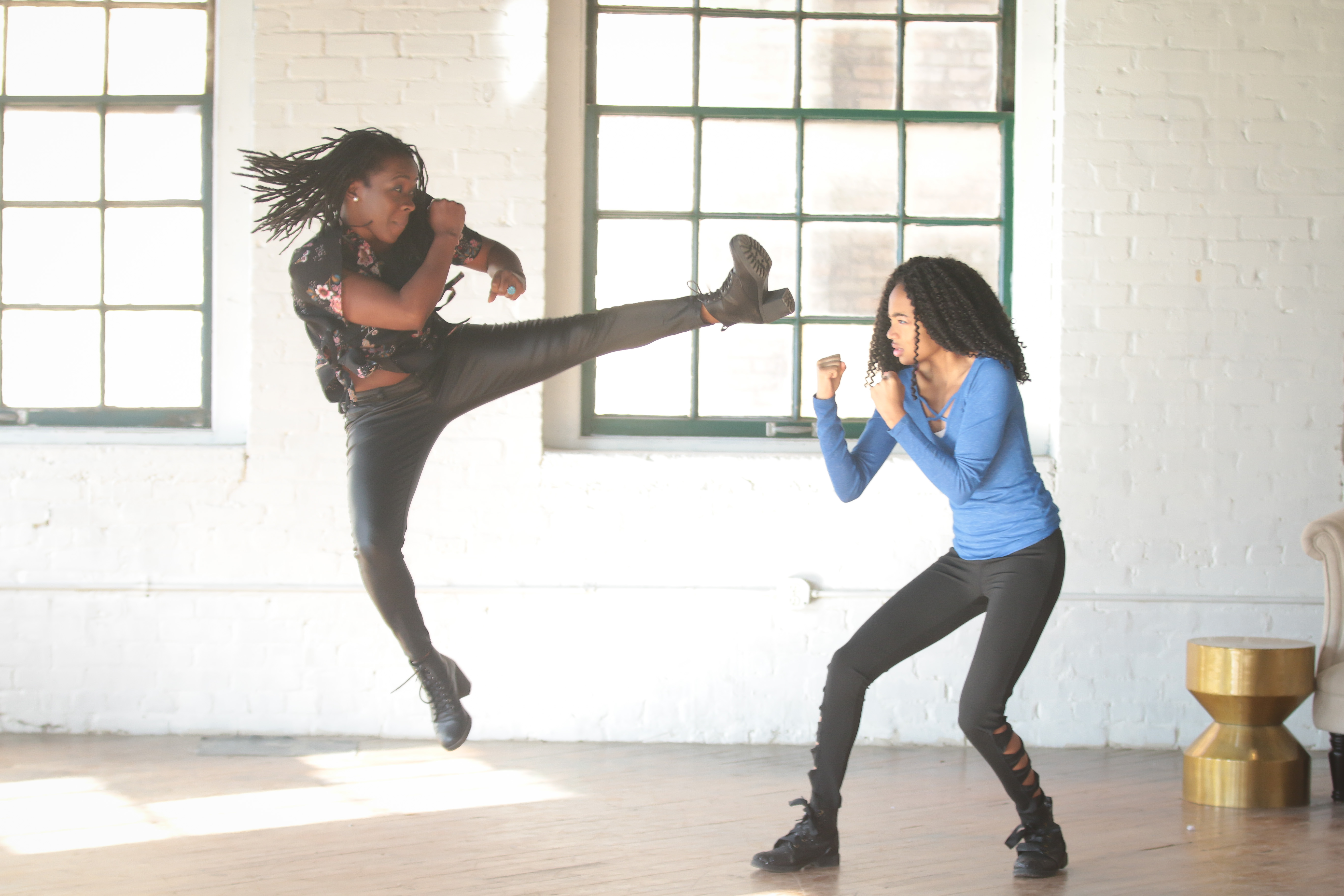 Mother and daughter fights were unheard of in my household growing up. I did what my mother said, and that was the end of it, but my daughter didn’t get that memo. Before Makhyli was a teenager, I bragged about how wonderful she was to anyone who would listen. I thought God divinely and carefully crafted this perfect child out of loving angel tears specifically for me to enjoy my time here on planet Earth.

Then she turned 13 and it shook me to my core.

In the beginning, it took a lot of patience when she started to push back, and even more patience when she started to talk back and roll her eyes at any and everything I said. I have a strong personality and a tough and intimidating reputation, but Makhyli didn’t see me that way or didn’t care. She seemed to love pushing my buttons, so she could hear me scream and watch me go off! If I said the sky was blue, she argued it was orange.

I remember watching her yawn a thousand times before telling her to get to bed. She told me she wasn’t tired. She forced herself to stay awake, only to fall asleep five minutes later on the couch. We had countless moments like this that drove me crazy. She was turning me into the mother I swore I would not be, a mother I didn’t even know I could be. Suddenly, Makhyli felt impossible to raise, especially alone.

After several incidents caused me to blow up and later reflect and feel ashamed for losing control and being petty Eddie, I realized I had to figure out a better way to deal with this new challenging (to say the very least) daughter I was raising. Here’s what I discovered.

Many people don’t understand they can’t demand respect from anyone including their child. A parent may demand their child do as they are told, but demanding respect doesn’t work the same way; it must be mutual. Your child is a person and all people want to be respected. When a child loses respect for a parent there is no amount of yelling, threatening or punishing that will get it back, it will have to be earned and as a parent, you must be willing to earn it.

There’s a difference between disciplining and punishing. Some parents take their teen’s transgressions personally; they get angry and punish them only to make them suffer instead of disciplining them to teach them. It’s normal to get angry when your teen breaks a rule but lashing out and doing something that breaks their spirit or hurts them emotionally or physically is counterproductive and will cause more issues in the long run.

This may be tough, but you must allow your child to figure out things on their own; allow them to make mistakes and deal with age-appropriate problems. Give them an opportunity to use their resources and critical thinking skills to get out of tough situations or solve their own issues. This will serve them long into their adult life.

What do I mean by unparent? Of course, you are the parent and that will never change, but there are times when you must teach, mentor or coach your teen and not parent them. Some situations cause for having heartfelt conversations, explaining yourself and giving guidance and direction instead of disciplining or punishing.

Think Before You Say No

Many parents don’t feel the need to explain themselves to their teen; if the answer is no, the answer is no. One way of positive parenting is explaining your no’s; it’s also a way to make your teen feel respected. Sometimes the answer is no because it’s the easiest answer and it flies out of our mouth with no logic or reason. Other times we tell our teens no because they are asking to do something our parents didn’t let us do as teens, like wearing make-up at 14 instead of 16; it’s been a traditional no, so we keep with a tradition.

Challenge yourself to find a legit reason and offer an explanation before your answer is no, this will cause fewer fights and more understanding for the teen.

Don’t forget you were once a teenager and you made some stupid mistakes or judgment calls and you ended up okay (for the most part), your teen will likely do the same thing. Instead of punishing them, be open and honest; don’t pretend you were some perfect teen that never made a mistake. Take this as an opportunity to tell them about something stupid or similar you did and bond over the lesson you learned (this isn’t instead of discipline, but a part of coaching and mentoring).

ABOUT THE WRITER Eddie Lee
Eddie and Makhyli

I'm a mother of two to an adult son and teen daughter. I am a co-author, creative partner and manager-talent with my daughter. Our fun-filled activity book, Changing Directions, is about our crazy and journey through these teen years includes a shared journal, writing prompts and funny stories all parents can relate to.
MORE FROM Eddie:
10 Co-Parenting Tips, What's Your Parenting Style?, 30 Mother-Daughter Quotes
Red Tricycle > Parenting > Big Kids > How Positive Parenting Saved My Relationship with My Teenage Daughter