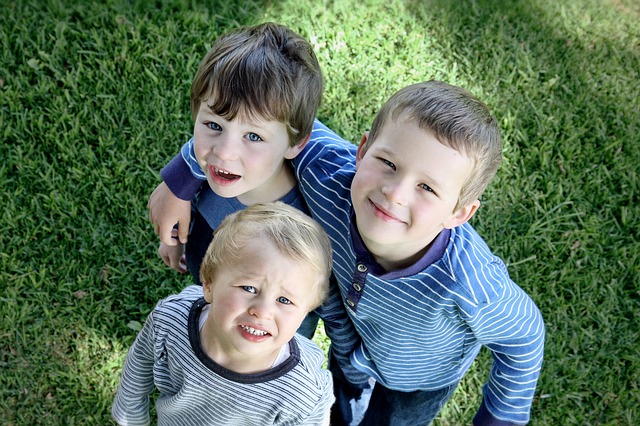 There’s little that gets me down more than my kids fighting. Coming home after school or looking forward to a weekend only to find it full of squabbles and at worst physical fighting. Sometimes it impacts my view of my children and their personalities. Other times I wonder what I am doing wrong? I’ve tried noticing the positives, reward systems, values based stories, signs about not tolerating abuse in the home and consequences to help reduce sibling rivarly before, without much luck.

And then, I came across the Dalai Lama Undercover experiment in a Buddhist psychology text I’d been reading to enhance my understanding of mindfulness and compassion. The Dalai Lama Undercover experiment involves choosing three people and focusing on finding their inner nobility or in other words their secret goodness for 5 days. The Dalai Lama is known for treating everyone as special from the laundry staff at the hotels that he stays at through to world leaders. Everyone has inner nobility in the Dalai Lama’s eyes and is worthy of compassion.

I decided to try the experiment and chose my children as the focus without any real expectation. I was doubtful that looking for the inner nobility would change my children’s behaviour but it couldn’t hurt to try. It certainly wasn’t helping to see my kids as future gang leaders or UFC cage fighters. I went in with curiosity but no expectation for behaviour change.

What I noticed as the Dalai Lama undercover

There was immediately less fighting. My focus on inner nobility seemed to be having an impact on behaviour of my children. It was easier to get along with everyone and I seemed less bothered by petty grievances.

I noticed I was looking into my children’s eyes more during the busy times of the day, instead of rushing around. I felt like a kinder person and parent. Somehow I seemed to be identifying my own inner nobility by focusing on that of others’.

Over the days there continued to be a noticeable change in how my children related at home. It was more peaceful.  I felt it was easier to move on from a personal disappointment because I could focus on my own inner nobility and that of the person in the situation. Holding myself in a more compassionate lens,  the disappointment seemed temporary. I wondered, does focusing on inner nobility let you more closely identify with what really matters?

I found I was generally enjoying being with my children more and was much more patient when spot fires occurred. The kids had not fought in the bathroom for a couple of days and were using it together. I was better able to handle every day grumbles and complaints of others.

On the final day of the experiment, I had a big argument with my husband about an old  but recurrent issue. I felt disappointed and wondered if the Dalai Lama has arguments. Probably not, I decided, but he gets to meditate a lot and also does not have the every day grind of a husband or children. This thought allowed me to avoid being overly self-critical of myself. I was able to offer myself compassion in a lightly held and human kind of a way.

It can be tough to see the inner nobility of squabbling kids at times. When I tried to, I found improvements happened. Maybe it was due to my positive focus. Maybe my children did not feel as much need to compete because they felt my recognition of their inner nobility and felt less need to compete for my attention. Having more compassion for the earnestness of their struggle with each other rather than getting caught up in the tediousness of it all was helpful for me. This is not to say that I permitted them to engage in physical warfare but I was able to hold it more lightly and see the deeper reasons behind it if it did occur. Although it seems like it’s about sharing the bathroom mirror space for example, it never is.

It’s also difficult to hold yourself in a compassionate light as a mother. The desire to do a good job can translate to being self-critical or judgemental when things are not going well. It is something I have continued to have to work on. Being a clinical psychologist, I can take it to heart if the strategies I try in my home do not work or my children struggle or I make an error as a parent. The Dalai Lama undercover strategy seemed to loosen that for me a little. It allowed me to hold myself in a softer space, with less judgement.

Few strategies work 100% of the time, and that’s what I put the argument on the final day down to. In my book, more peace is better than no peace and more realistic than total peace in a family home. I am not disappointed by the argument. I am living an authentic life with authentic struggles and challenges that I will need to navigate and I won’t always get it right.

Compassion and inner nobility. I’m taking them with me on this parenting journey whether I’m the Dalai Lama undercover or not. 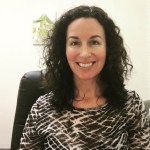 Nadene van der Linden is a clinical psychologist based in Australia. She is the author of the bestselling Tales of the parenting trenches . A clinical psychologist vs motherhood and recently published Live life to the full. Your guide to feeling better sooner.
MORE FROM Nadene:
Communicating with children and teens podcast, 10 tips to feel better, I love you I hate you: 10 tips for parenting teens
Red Tricycle > Spoke Contributor Network > How the Dalai Lama Undercover Experiment Helped Reduce Sibling Rivalry in My Home