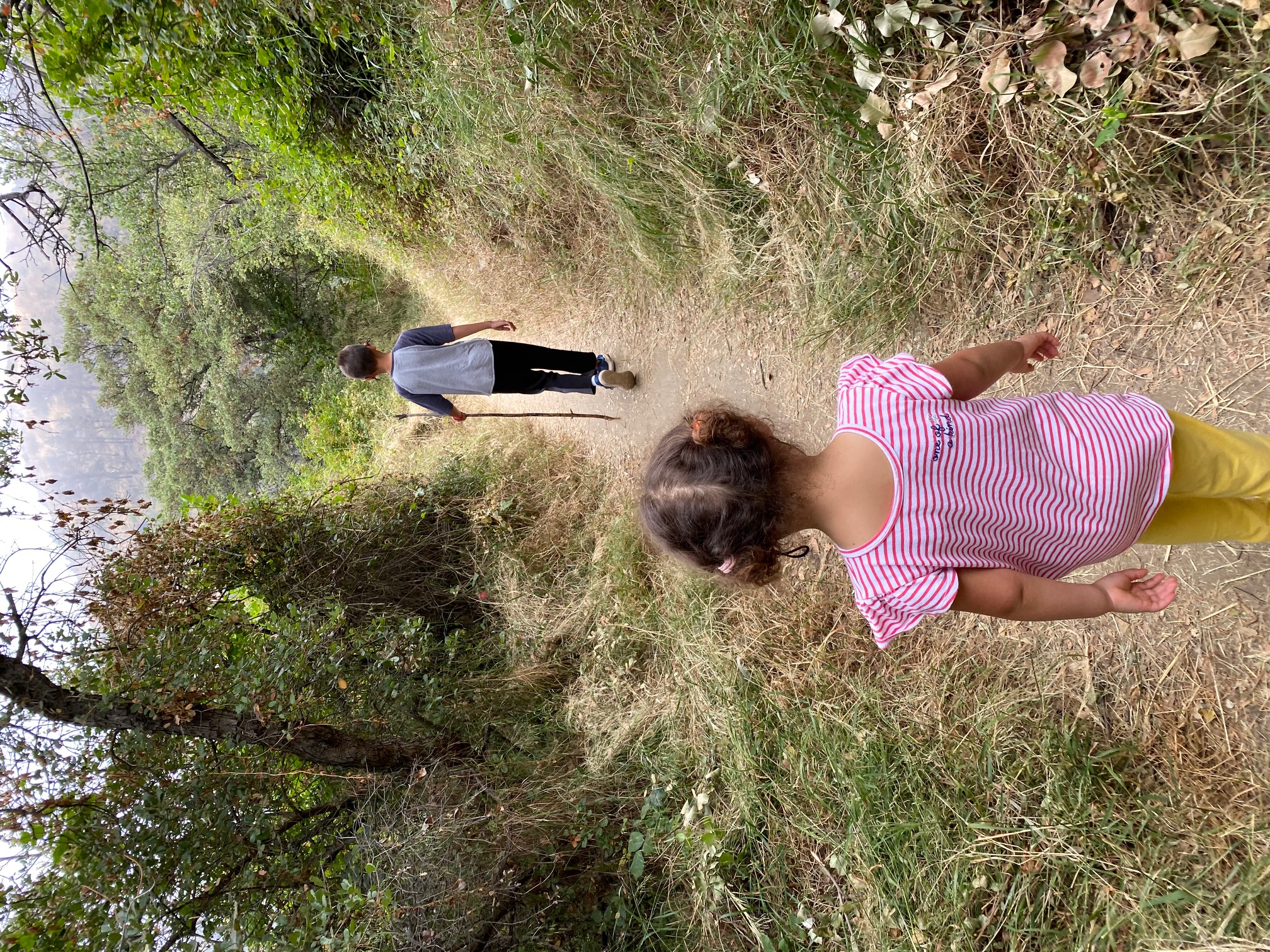 “Do you want to do the scavenger hunt?” said the woman with a nametag that read “Peggy” at the gate of the botanical garden. It was a loaded question. Just an hour earlier, I had exploded in rage over a jelly jar abandoned on the counter yet again with its top off and its inside salaciously visible. The rage, which was less about the crime than the five months of quarantine, propelled us all out of the house and into the car to a botanical garden over 100 miles away where Peggy was asking a rhetorical question.

Of course we wanted to do the damn scavenger hunt.

Our family of four got in the car with no real plan but to get away from the place with the topless jelly jar and endless bad news about a modern-day pandemic. Home was the place that kept us safe and captive but we needed to go somewhere—anywhere. Then came the sign for the botanical garden, lit up like a beacon of hope.

The first person in our family to find all of the items will receive a sticker, Peggy explained.

“I will give you a clue,” she said to my kids. “One of the plants you will be looking for are epiphytes. Epiphytes are plants that do not need soil to grow. You will find them mostly in the greenhouse.”

We thanked Peggy and walked toward the greenhouse, a COVID-19-friendly building with a roof, but no walls, which made me wonder out loud if the building were more a green canopy or pergola. My son walked ahead of us, shoulders squared.

“You lied,” I heard him hiss under his breath. He is 8 years old. Tall for his age, so strangers often think he is older. In early March, his friends at school started playing a game of tag called Coronavirus in which an infected person would chase down its victims. The infected would fall to the asphalt and lay still until the playground became a sea of prostrate little bodies.

When the world was still normal, my son asked a question I did not yet know how to answer: Will the real virus kill a lot of people?

Without really thinking twice I said no. It is not something he needed to worry about.

Five months later at the botanical garden, when Coronavirus was claiming many lives, my son was not calling me out on my blatant flouting of truth about the virus, but about a truth I told him when he was 5 years old: all plants need water, sun and soil to live.

That year, we sprouted pinto bean and watched green leaves unfurl from the beans and tendrils of roots lengthen into curly tufts. The sprouts need soil, I explained while we dug our fingers in the black earth in our back yard. In went the sprout and little hands pushed soil around it.

Early one morning, I found him in the back yard watering the sprouts in his Star Wars fleece pajamas, soaked from the knees down. He was, back then just as he was March, taking me at my word and trying to maintain a balance based on fallacies. Not all plants need soil to live and the Coronavirus has really taken a whole playground full of lives.

The name epiphyte is derived from the Greek words epi which means “on top of” and phyte or plant. It’s nickname, “air plant,” suggests a meager existence. Take away soil and epiphytes can grow on top of other plants deriving nutrients from air, water and dust.

My kids’ lives are built on a foundation of well-intentioned lies, rosy explanations of scary truths that gently take them by the chin and turn their eyes away from anything that threatens their innocence. I have long seen my role as a parent as a gatekeeper that dilutes bad news. By turning their gazes away, I heroically save their senses of safety in their own home, school and skin.

But the pandemic has revealed me. With its insidious reach, it has shown how I try and fail to protect my kids. How when I filter out the scary parts of life, I also surgically extract their sense of understanding and tolerance of real-life events.

In the second week of March, when their schools closed, I said it was temporary. Then when their schools said they would finish out the year at home, I turned their attention to all the scientists working on a vaccine. We placed all our hope there.

On his wall calendar, my son circled the first day of school in the Fall with a red Sharpie. As he saw it, being a third grader marked his official transition out of being a little kid. Third grade classes are located upstairs with other upper grade classes.

The night before the jelly jar spurred our family into a fugue state, I told my son he would not be returning to school on the date he circled on his calendar.

He stood in the living room with feet rooted to the floor. His little sister danced around him. The dog nudged up against his calf, but he remained still. Then he asked me a question I was better prepared to answer.

“We won’t be going back to normal in December, will we?”

I caught the impulse to lace my response with a silver lining. The gatekeeper in me, so fatigued by absorbing the influx of bad news, relinquished her post. Instead of standing in front of my son, I stood next to him and cried.

Turns out the transition to being a big kid does not depend on physically ascending two flights of stairs in school. It’s the abrupt end of accepting a mother’s filtered words as truth.

I move closer behind my son in the green pergola. Once hope is removed, we stop living for one day. We accept the right now.

We can live off of dust and still live.

Lynda is a creative person, a wife, a mom and half a CrossFit athlete. Just half, because rope climbs suck. Despite the shiny veneer, the cracks in her identity make her marginally okay.
MORE FROM Lynda: