How to Avoid Divorce: Expert Tips that Could Save Your Marriage 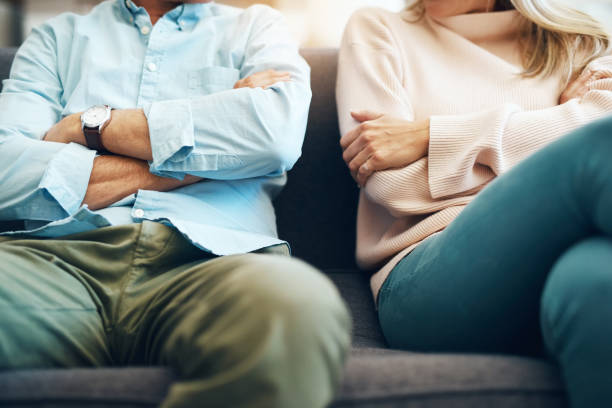 People often say to me, “It must be so depressing seeing people’s marriages fall apart all around you every day. Does it affect your own marriage?” As surprising as it may sound, I think that being a divorce lawyer has had a pretty positive effect on my marriage. Here’s what I’ve learned that can help you and your partner avoid your own divorce preceedings.

The bigger benefit that I think I have learned from being a divorce attorney is that it has taught me to be very careful and controlled when my husband and I do get into arguments. I will consider the many times that a client will tell me a story of some fight she had with husband when she told him that if he does not stop doing X, Y, Z “He will never see the kids again” or the good ol’ “If you do not do X, Y, Z, I will take every last penny we have and fight you until you have nothing.”

In the same vein as not fighting dirty, in all our years of marriage, I have also never used the “D” word during an argument. Not once have I threatened, hinted, or even used a word that rhymes with the word “divorce.” To me, if I ever said it or heard it, it would not be a lighthearted comment that I would simply brush off.

3. Make Quality Time Together a Priority

While most spouses had something in common and liked each other enough at one point to walk down that aisle, often those commonalities fall to the wayside over time. To try to maintain the Mr. & Mrs. status, my husband and I tried to institute a weekly date night.

No matter how you slice it, marriage is tough. Even the good ones are hard, and the difficult ones are even harder. There are going to be highs and lows and times when you really think your spouse is great and other times when you are like “eh.” It is important to be realistic about marriage and not compare your relationship to the pictures your high school nemesis posts on Facebook of her smiling children and handsome husband (she has probably already consulted with me, and trust me, her life is not so perfect).

—Jacqueline Newman has written THE NEW RULES OF DIVORCE: 12 Secrets to Protecting Your Wealth, Health, and Happiness and has appeared as an expert commentator on various television and radio shows and has been quoted as an expert in numerous publications.

RELATED STORIES:
Thinking about Divorce? Here’s 10 Things Every Wife Should Know
3 Things Divorced Parents Need to Know
You’ve Got This: How to Find Support Before, During & After Divorce

Jacqueline Newman is a divorce lawyer and matrimonial law expert. As managing partner of a top-tier 5th Avenue Manhattan law firm focused exclusively on divorce, her practice runs the gamut from prenups for high net worth people contemplating marriage to high conflict matrimonial litigation in dissolutions.
MORE FROM Jacqueline:
Jacqueline Newman
Red Tricycle > Parenting Advice > Adulting 101 > How to Avoid Divorce: Expert Tips that Could Save Your Marriage