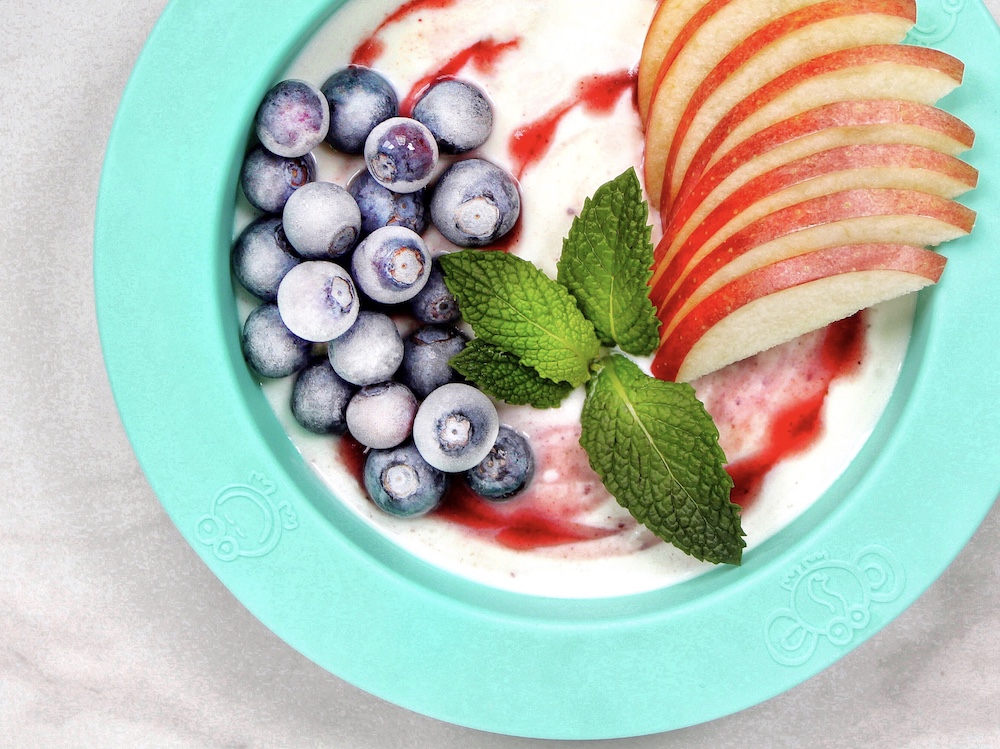 Some mountains are thousands of feet tall and some are built out of mashed foods. Regardless of the where and the size, your little one’s mountains can be hard for them to overcome and offering support is one way to help them triumph.

But, we also know that when you, as a parent, are in the thick of it, it’s hard to come up with new or ingenious ways to help a little one who is scared of new foods. The advice below will guide you through the middle part — a little after the beginning of realizing you have a picky eater on your hands and right before any huge red flags that would warrant a doctor’s visit.

Our experts give advice on everything from the power of having little ones watch you make the food to calming nerves that may arise when you choose not to offer an alternative after a specific food has been rejected.

We know the process of encouraging your little one to be an adventurous eater can be trying, we’re here to ensure you’re well-equipped as you trek up your own mountain.

We know it’s hard to surrender to the fact that normalizing new foods takes time, but the more you remind yourself, the less stress you’ll feel. Both Dr. Mary Versfelt, our resident pediatrician, and our resident nutritionist, Amy Shapiro, MS, RD, CDN of Real Nutrition NYC, agree that it can take little ones anywhere between 8 to 20 times of being exposed to a new food to acquire a taste for it. Given how many new foods you’re introducing and how many meals there are in a day, you’re in this for the long haul.

Give them one new and one old

Dr. Versfelt suggests introducing a new food by pairing it with one that your child already likes. You don’t have to mask the taste of one within the other, but there’s a level of comfort that’s brought to the surface when your baby realizes that not everything on their plate is foreign or new.

Give them positive energy to mimic

According to Amy Shapiro MS, RD, CDN of Real Nutrition NYC, it’s important to bring positive energy and excitement into the eating experience. Check your stress and worry at the door and instead let your little one feed off your good attitude. If you look like you’re having fun with the food they’ll be less skeptical about it and think it’s more a game than a pressure-driven moment.

Introduce a variety of tastes and portion sizes

If baby isn’t taking to broccoli, give cauliflower a try, and if neither of those work try your hand at leeks. The key to introducing new foods, says Dr. Versfelt, is to not be afraid to introduce a variety of tastes. “Acceptance of new things may be encouraged by introducing a wide variety of tastes early, around 6 months of age, when babies are often most receptive to new tastes,” shares Dr. Versfelt. For Amy Shapiro, the key she notes is to not overwhelm little ones with large portions of new foods. Instead, work up to larger portions one small bite at a time.

Not offering an alternative is okay

This may be the most anxiety inducing one, which is why we went straight to the source for an answer. In Dr. Versfelt’s clear words —  “A meal skipped because of food dislikes will not present a health challenge to a child.  In fact, the opposite is often the greater risk: overeating ‘favorite’ foods is a much bigger dietary concern. Some children may need to be hungry enough to be motivated to try something new.” While it may feel scary to not feed your little one alternatives when they reject a new meal, think about this in a big picture kind of way. The goal isn’t just to have them be adventurous eaters, it’s to ensure they’re eating all the healthiest foods in the process.

When your little one is taking their first steps and stumbles to the ground, the first rule is to not express any negative reaction because they take their cues from you, explains Amy Shapiro. Same goes when you’re feeding them. Since little ones mimic behavior, exposing them to a frustrated or overwhelmed feeling can actually influence how they perceive the meal as a whole!

Remember to stay present and try not to get discouraged if you feel like you’re taking two steps forward at one meal time and four steps back at the next. The practice of healthy eating takes time, but if we commit to consistency and baby steps now, our children will reap the long-term benefits of healthy eating habits for life!

I'm the Founder & CEO of Fresh Bellies baby food brand. I've won foodie awards, pitched to Shark Tank and appeard on Forbes and CNBC. Originally from Guayaquil, Ecuador, I live in New York with my husband, Fernando and daughters, Isabella and Alexa Luna.
MORE FROM Saskia:
Entrepreneurship Means Learning That Balance Is Not Synonymous With Perfection, Eating: Just Like Riding a Bike
Red Tricycle > Food & Drink > Baby's First Foods > How to Cope When Your Tot Is Scared to Try New Foods