How to Keep Your Sanity While Arguing With Your Teen 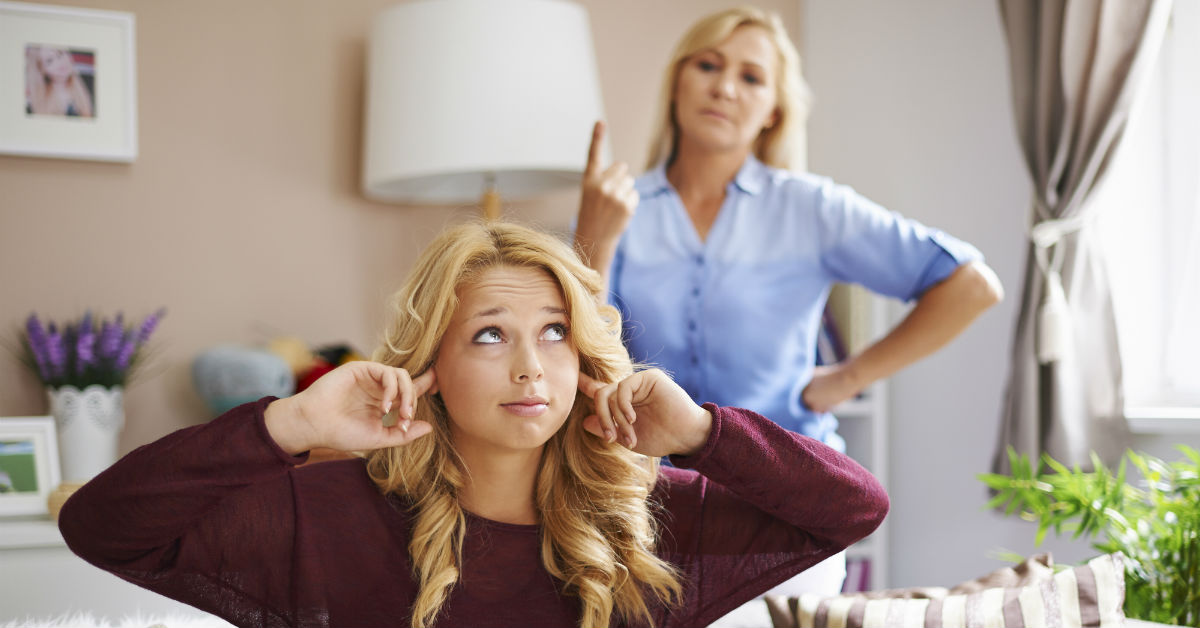 Raising teenagers is the hardest stage of parenting. All you want for your teen is to be happy, safe, and smart. The only problem is that you and your child have vast differences of opinion when it comes to how to achieve what’s best for them. While arguments are unavoidable, here are four ways you can help to preserve the relationship you have with your teen.

There is nothing more infuriating to a teenager than hearing the words “Because I said so.” Make sure your teen understands both what it is that you expect of them as well as why you expect it. While they still may not agree with your method, at least they will be able to understand your good intentions.

2. You Are the Parent

When arguments arise, do your best to help your teen understand that your actions come from a place of love. Help them to know that you want only the best things in life for them and that you will try your best to ensure that happens. Sometimes they will understand this, and a lot of the time they won’t. Be strong regardless of their response, you’re their parent and whether they think so or not, you do know what’s best for them.

3. Be Careful How You Punish

Finding the balance between knowing when to show love for your child and when to discipline them is a constant battle that every parent faces. If you get in an argument with your teen, and it escalates to the point where you just want it to end by giving them a punishment, resist that temptation. Blindsiding your teen with a punishment is one of the quickest ways to lose their trust. Instead establish rules and consequences ahead of time, this way they won’t be surprised when they are given a punishment. Establishing rules for your child to follow and consequences when they break those rules, gives your teen security in knowing what is expected of them, rather than being surprised by what will upset you.

4. Don’t Stoop To Their Level

Any parent whose argued with a teenager knows that tempers can run hot and all of a sudden your teen will start throwing out mean insults. It will be tempting to throw them right back, but whatever you do…don’t. If you stoop to your child’s level by saying hurtful comments, not only are you intentionally trying to belittle your child, but you’re seen as juvenile for participating in their petty insults. Be the grown up, take the insults you know they don’t really mean and do your best to remain the strong authoritative figure that they can rely on.

Though it is maddening, teens who question authority are more likely to resist peer pressure because they like to think and learn for themselves. When you do argue with your teen, be sure to follow these four tips and you will be able to preserve your relationship with your child and be the parent that they need you to be.

Tyler Jacobson is a happy husband, father of three, writer and outreach specialist with experience with organizations that help troubled teens and parents. His areas of focus include: parenting, social media, addiction, mental illness, and issues facing teenagers today.
MORE FROM Tyler:
Tyler Jacobson Writings, Help Your Teen Now, LinkedIn
Red Tricycle > Voices Contributor Network > How to Keep Your Sanity While Arguing With Your Teen