Parents, We Need to Talk about White Privilege

Editor’s note: Our Spoke contributor, Jen Lumanlan at Your Parenting Mojo, wrote this piece in March of 2019 but we are republishing it as its a timely and relevant discussion to have right now. 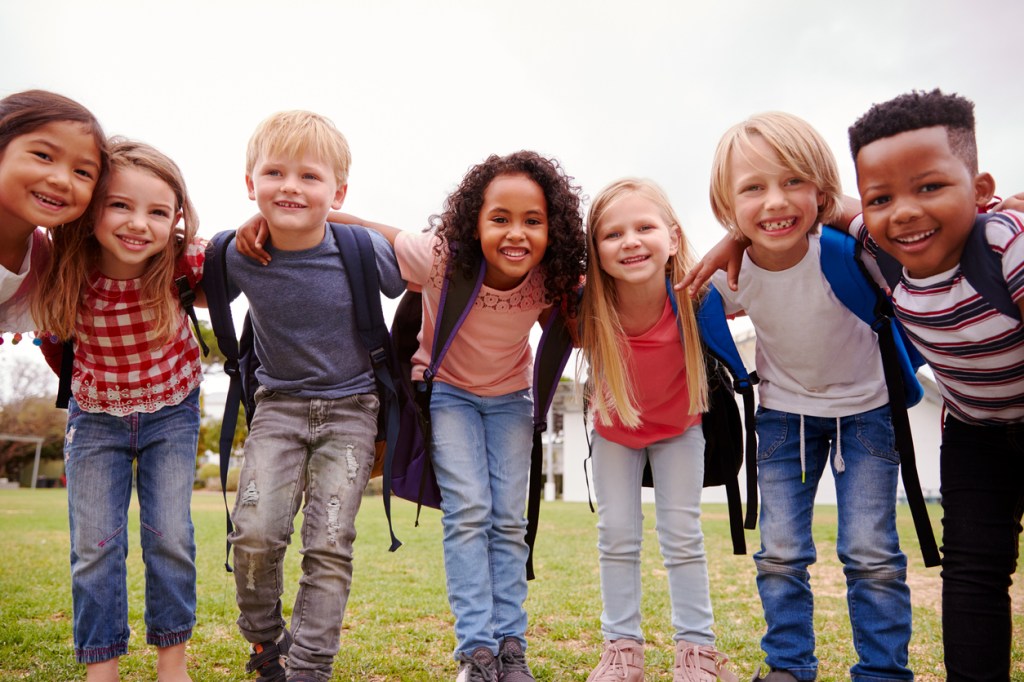 My four-year-old daughter and I read a book about Dr. Martin Luther King Jr., recently, which told the typical story about social segregation (a cursory skim of lunch counters, water fountains, schools, followed by “I have a dream…”). But like most children’s books on this topic it left much unsaid.

When young children learn about Dr. King they are usually left with the impression that because social segregation is now illegal, structural racism no longer exists. So after we finished ours we talked about less visible but far more pernicious political and social segregation and how these continue today.

My daughter said she thought we should try to help black people through a donation of some of her pocket money portioned off for “Giving,” so I augmented her $4 with a larger sum of my own and shipped the total off to Black Lives Matter.

Realizing I have white privilege in parenting

If you had asked me a year ago if I (a white mother of a biracial but white-presenting daughter) had white privilege in my parenting I would have said “Um, I don’t think so. What is that, anyway?”

The first inkling that I got of white privilege in parenting came from listening to a podcast in which the black host said that a lot of black parents—and particularly parents of black boys—would not feel safe allowing their child to have a tantrum in a public place.

I felt like a massive window had opened through which an incredibly bright light shone. The light prevented me from seeing anything else—yet—but I knew there was more to be discovered.

Of course my daughter has had tantrums in a public place. Of course I felt judged—like the passers-by were thinking that I should be able to control my child—but at no time did I ever feel like she nor I were unsafe: and nor did the thought that we might be unsafe ever even occur to me.

This, I learned, was what white privilege in parenting looks like.

Once I started looking for my privilege, I found it everywhere:

By remaining silent about privilege, I am helping to perpetuate my child’s advantage in life. Because there’s only a certain amount of advantage to go around, right? Surely, if I help another child, then my own child’s chance at getting into an elite school and a high-paying job afterward must be necessarily reduced?

But getting good grades won’t be enough for success in the future: our children will need to know how to solve problems alongside people from many backgrounds. They will have to think critically, not just memorize names and dates. They will need to creatively innovate solutions to enormous problems, not just optimize the number of widgets sold. Our work to reduce our privilege—and allowing our children to see and understand this as we’re doing it—will be the thing that both benefits them and all children in the future.

What you can do when you recognize your own privilege

You can’t just read a book and consider your work with privilege to be ‘done.’ The work of understanding and mitigating your privilege will be a life-long practice. Here are three practical steps you can take in the short term:

Examine your own privilege, so you can truly see the injustices you have perpetuated, even if unintentionally. It’s only when you deeply understand your own role in the system that you can take steps to right the wrongs that your privilege has created. Layla Saad’s Me and White Supremacy workbook is an excellent resource to help you do this work (it’s available for free but please, pay her).

Look for areas of your life where you have power and focus your first attempts to reduce your privilege there. Write or call organizations with policies that give you an advantage and ask for the policies to be changed. If your child is offered a place in a free summer camp but you could afford to pay for a private camp, then send your child to the free camp and set up a scholarship at the private camp.

If you or your child witnesses prejudiced words or racist actions, don’t just withdraw your child to a ‘safe’ environment: make it clear that these words and actions are not to be tolerated. Talk with your white friends about privilege and about steps you can take together.

Listen to the voices of people of non-dominant cultures and lift these up (without making your voice louder than theirs). Make sure they can speak—and be truly heard—at PTA meetings. Don’t write their concerns off as ‘invalid,’ even if they are expressed in a different way than you express your concerns.

Elect them to positions of power. Help them to achieve their goals. You just might find that in doing this, you will take action that benefits all children.

Jen Lumanlan fills the gaps in her parenting intuition through research, via a Master’s in Psychology (Child Development) and another in Education.  Her podcast, Your Parenting Mojo, provides rigorous yet accessible information on parenting and child development to help parents tame the overwhelm and raise resilient, thriving children.
MORE FROM Jen:
White privilege in parenting, White privilege in schools
Red Tricycle > Parenting Advice > Real Talk > Parents, We Need to Talk about White Privilege