How We Took an Unforgettable Backcountry Camping Trip—Completely By Accident 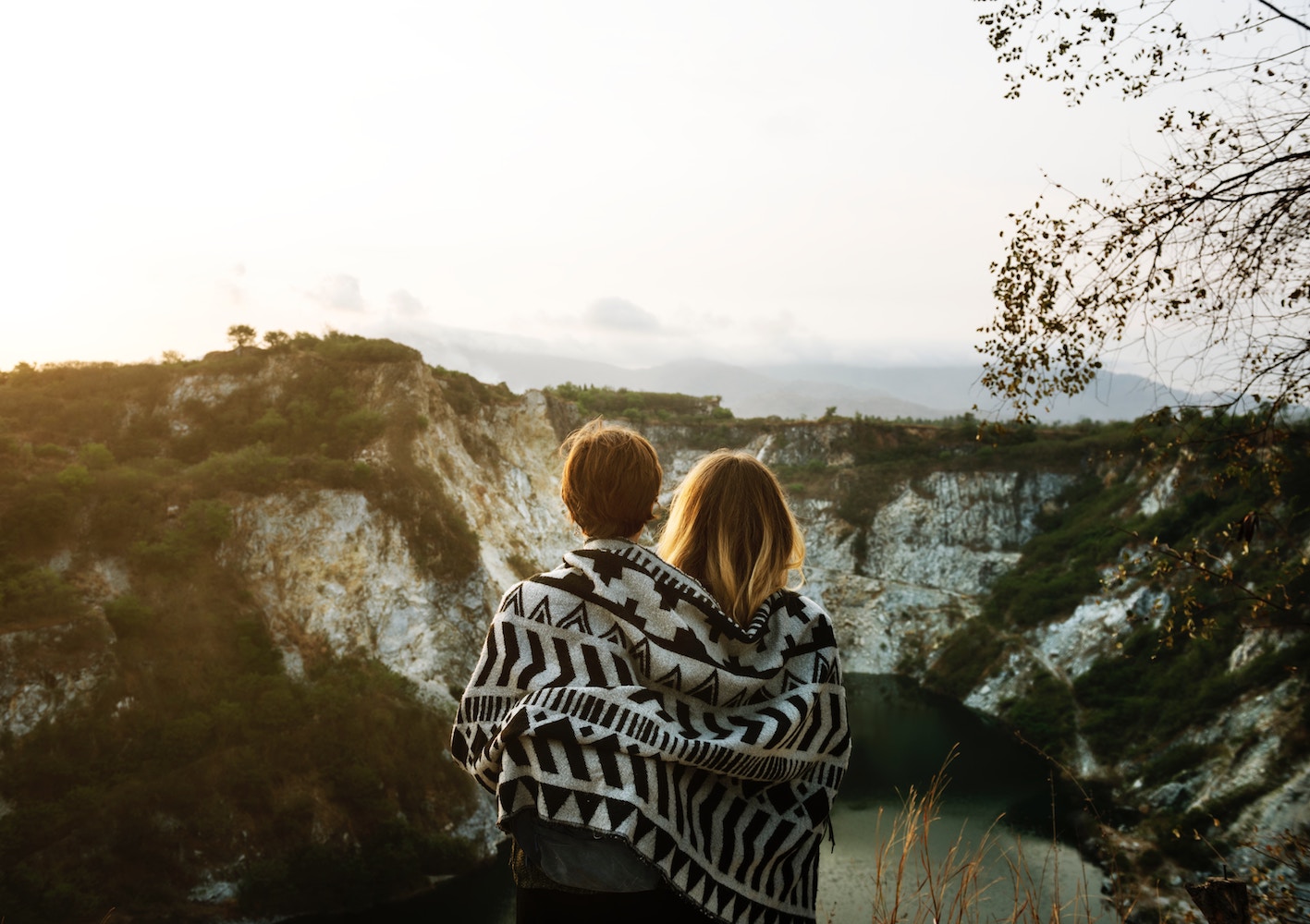 I’m a pretty experienced camper. I grew up in groups like Camp Fire Girls, was an avid member of my high school’s Adventure Club and went on frequent family camping trips. However, almost every time I went camping, we drove or boated pretty much directly to the site. Any hikes were done in relative comfort, only packing some water, sunscreen, and snacks.

Now backcountry camping—where you must carry all your gear to a largely inaccessible site—is something I wasn’t really familiar with.

When I had the opportunity to take my husband and eight-year-old cousin on a camping trip to Santa Cruz Island, CA, I was over the moon. It’s one of the most beautiful places on Earth and nearly deserted. It’s about the size of Manhattan, with a population of 2.

My favorite part about the island is that it’s nothing but rolling mountains of unaltered California scrub. Its untamed nature provides endless learning opportunities, and I was excited to teach my cousin all about the island’s unique biology.

I’d camped here before in high school. We had used a sea-level campground, just about half a mile from the water line. It had few amenities, like outhouses and a drinking water pump, which is typical for state park campsites. It’s perfect for a quick family trip.

There is only one other campground on the island, which I knew was about 8 miles away. Some friends of mine had camped there and recommended it, so I chose the new campground for us to stay at. I didn’t do any research on the site, as I assumed it was pretty similar to the other one.

After all, the pier for the first one was damaged, meaning that campers would have to take a tiny skiff directly to shore. It sounded difficult to bring our suitcases on a skiff without them getting soaked.

“Suitcases!?” you ask? Why yes! After all, it was only a two-night camping trip, and I wanted to camp in relative comfort. We brought our thickest, cushiest fabric sleeping bags, a memory foam mattress pad, lots of cameras and lenses, a few changes of clothes, a family sized tent, and finally, a lunchbox where I had packed fresh meat, some canned food, a dozen eggs, a bag of flax seeds, and lots of apples, bananas, peas, and avocados. Since campfires aren’t allowed, we also packed two cans of propane and a camping stove.

In all, we split the load between two suitcases, which weighed around 50 pounds each. In addition, husband and I each had another 50 pounds of gear on our backs. Little cousin wanted to participate in carrying gear as well and was responsible for about 10 pounds of camera equipment.

As we wait for the boat, one of the sailors asks us where our water is.

“Water? I thought this island has groundwater?”

“Not at your campsite…By the way, are those your suitcases? You know it’s a long hike, right?”

We buy 5 gallons of water for the three of us, and head to the boat. A few more people comment on the suitcases, and we start to question ourselves. We are informed that the hike is around 3.5 miles, though, which puts our mind at ease. After all, 3 miles is nothing, even for the little one!

The boat ride was gorgeous, with clear skies and a fantastic view. A pod of dolphins played in the wake of the boat, much to cousin’s delight.

Upon arriving, we drag our suitcases to the end of the dock and see a mountain stretching before us. A ranger graciously lets us throw our bags in the back of his truck, and drops them off at the trailhead, around half a mile away.

We decide to leave our 5 gallons of water in the lock boxes near the docks, as we don’t think we can carry them with our suitcases.

It’s a pretty steep hike to the trailhead, and we felt that the worst must have been behind us as we finally arrived at our suitcases, sweating in the sun. After all, we were on one of the higher points on the island, around 600 feet above sea level.

We begin dragging our fancy spinner suitcases over the dirt trail, grateful for the patches of dry grass that the wheels could actually roll over instead of skid. I have my cooler with the food perched on top of my suitcase, where it occasionally swings off as we drag the suitcases over some rocks.

The trail begins a narrow descent, which feels nice after our steep climb upward. With renewed energy, the little one skips ahead to chase some of the friendly island foxes. We reach sea level, but with dismay, we notice the trail rising again on the other side of the ravine.

Up 700 feet. The trail is less maintained now: hard packed dirt has given way to patches of sand and rocks.

Down 700 feet. The suitcase wheels have started to lock up.

We stop in a picturesque shaded grove and realize that five eggs have cracked all over the lunch box. Some of it has frozen to the dry ice we used as a coolant. We take out the propane and make emergency omelets.

Up another 700 feet. Considering just setting up an illegal campsite here.

Down another 700 feet. There’s another rise up ahead. Cousin starts to sob silently. Kill me now.

Up another 700 feet. We ditch one of the suitcases and split the remaining load in half. Wheels have locked completely on the remaining suitcase by now.

Finally, the trail levels and we reach our campsite. But we have no water, save the little left in our bottles. We eat some more eggs, though, as three more have cracked.

Husband goes back to the docks for the rest of the water, while I set up the tent for little cousin to pass out in. I go back for the second suitcase.

I succeed in bringing it back up the last rise and make dinner. My cousin chases away a little fox who is fixated on our food. We take advantage of the fox’s curiosity to get some nice pictures.

It’s getting dark. Cousin and I take of the gathering dusk; the camera can pick up the light pollution from the mainland, even here.

I’m a little worried about where the husband is though; it’s been hours. What if he twisted an ankle, or fell into a ravine? I put away the meat so the foxes don’t get to it, but leave the fruit out.

I bring my cousin along and set off along the trail to find husband nearby, carrying a 2.5-gallon jug of water. Instead of holding it by the handle, his arms are outstretched in front of him as if he’s carrying a platter. The other 2.5 gallon is nowhere to be seen.

He had apparently fashioned a harness out of his belt and was carrying one jug on his front and one on his back. Just a quarter mile from the campsite, the harness broke and one jug split open along one side. We lost about half a gallon.

I jog back to where he left the intact jug, and bring it back to the campsite while he carries the broken one platter-st‌yle.

Finally back at camp.

The fox stole all eight of the apples. He was kind enough to leave the bananas though.

Despite our shameful lack of preparedness, the rest of the trip was beautiful and just as full of learning opportunities as I had hoped.

We hiked down to the beach, and I got to teach my cousin about the kelp forest ecosystem. Baby seals played on the beach, and my cousin fed the beautiful Orange Garibaldi (our state fish) some peas.

One of the other campers at the site was experienced in star photography and showed us how to capture the Milky Way. Husband taught little cousin about some of the more visible constellations, and we captured a shooting star across the Milky Way.

And when a ranger passed us during the day, he taught us all about the delicate balance of life on the island—those pesky foxes had previously been critically endangered because of DDT wiping out their natural predator, the bald eagle. With the bald eagles gone, golden eagles filled the niche. However, golden eagles are much better hunters and decimated the island fox population. It was only recently that bald eagles returned to the island, allowing fox numbers to rebound.

When our trip drew to a close, the hike back to dock wasn’t so bad (save for when the suitcase wheels fell off completely), as our suitcases were significantly lighter without all the food.

We arrived a few hours in advance of the boat and left our gear near the docks to explore the beach. In our absence, our load was lightened a little more when a different fox managed to steal the bag of flax seeds, leaving us with only a bag of avocados to snack on until the boat arrived.

And so, I suppose the moral of the story is that you should always research your campsite thoroughly before planning a family trip, regardless of how much experience you have.

As you encounter hardships and hiccups in your plans, you must make the choice: either let it ruin your trip, or turn it into a hilarious story of overcoming obstacles. Even the craziest misadventures can become a cherished family memory, as this trip has for us. 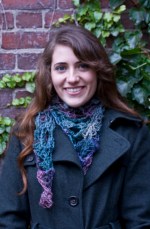 As the founder of Altiora Inc, an Educational Consulting and Private Tutoring firm, Shay's mission is to empower parents with the tools to make learning fun and memorable for kids of all ages. She writes about everything from at-home science experiments and children's literature reviews to dealing with difficult school situations.
MORE FROM Sharon:
The Importance of Early Exposure to Science, Building Academic Confidence, Getting Your Kids Organized for School
Red Tricycle > Family Travel > Camping with Kids > How We Took an Unforgettable Backcountry Camping Trip—Completely By Accident