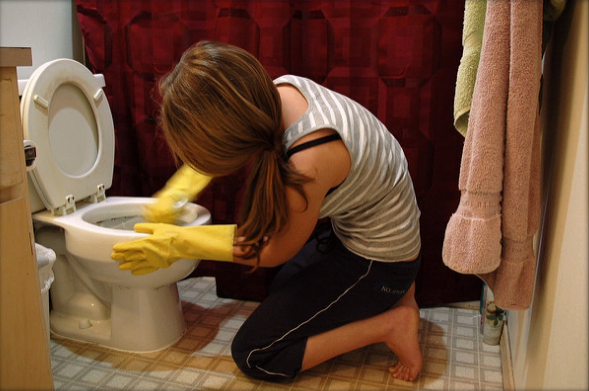 As moms, we know how much of our lives are spent cleaning up child-related messes, stepping on LEGOs and doing laundry (does 90% of our waking hours sound right?). But a new study says kids aren’t the only ones to blame for housework. According to University of Michigan, having a husband creates an extra seven hours a week of housework for women.

The study conducted its research on time-diary data and asked families to log how much time they spent on basic housework in an average week, including time spent cooking, cleaning and doing other basic work around the house.

Of course these hours are averages, and time spent by both the partners varied per household.

What are your thoughts? Share it in the comments below!