I Am My Child’s Inner Voice & Every Word Is Sacred 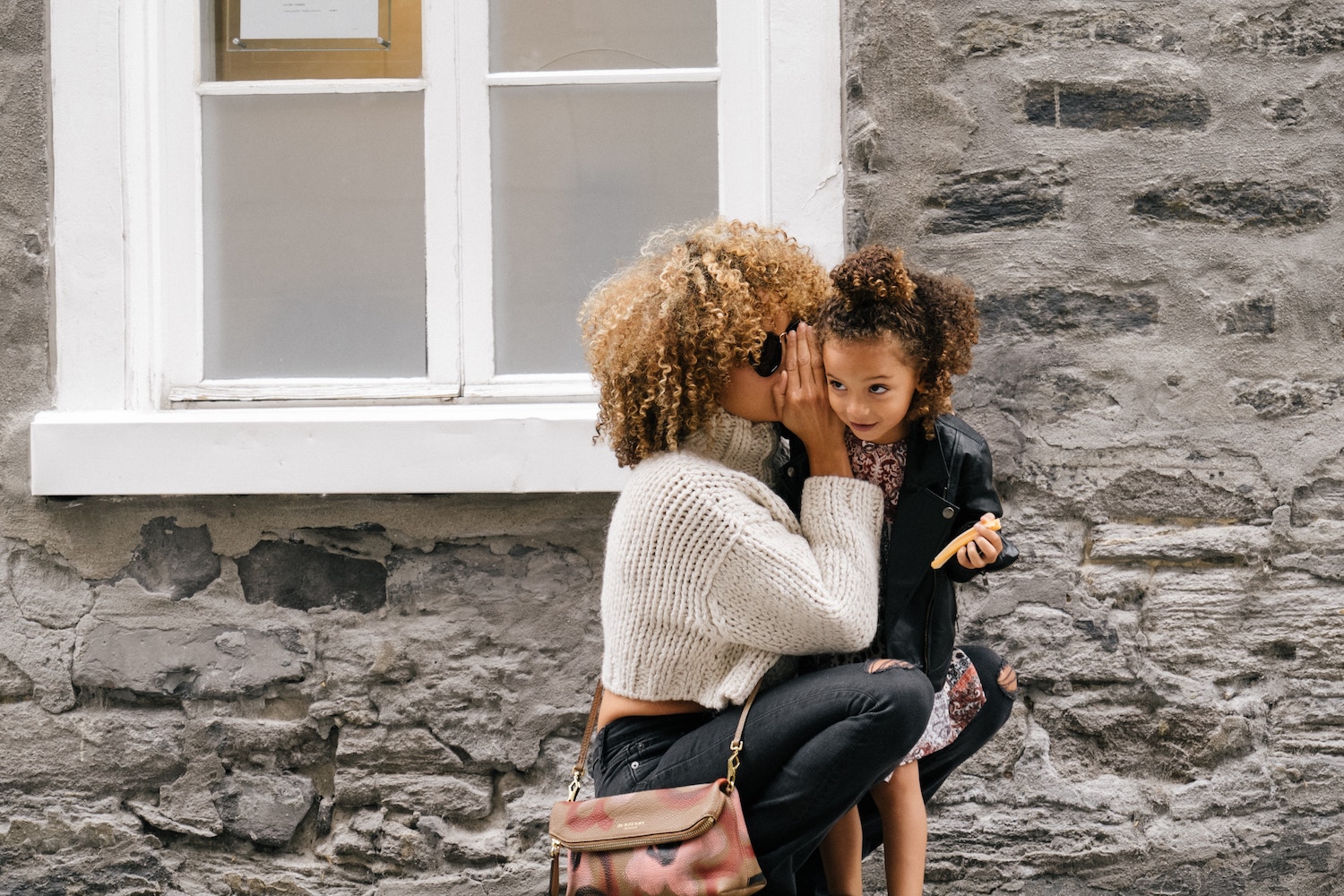 One afternoon when my daughter was about 3, I folded laundry while I observed her attempting to pour water from a tiny pink plastic teapot into tiny pink plastic cups. Every time she would miss, and the water would slop onto the floor, she would exclaim something like, “AAARRRGGGHH!!” in exasperation.

Finally, after the third or fourth time, I gently said to her, “Honey, just keep practicing. Nobody’s perfect.” In response, she looked up with her frustrated little face and said, “Well, YOU are!”

I laughed, flattered, and tried to explain to her that everybody makes mistakes—but it made me reflect on when I was little and I thought that all grown-ups were without flaw. Do you remember that same feeling, when it felt like when teachers were omniscient like God, that your mother was the prettiest woman in the whole wide world?

What we may not realize, however, is that when we’re in our formative years, that little voice in the back of our heads is taking shape, too. All too often, that little voice has taken on a negative, critical tone instead of a positive, uplifting one by the time we grow up. We, as parents, have the power to make the difference for our kids when it comes to this voice.

For example, if we can “catch” our kids doing something good—instead of only focusing on what they might be doing wrong—and heap on the praise, this will act like a reward in their little brains, much like treats to a dog. When they get older, yours will be the voice they hear in their heads, like it or not, so be encouraging as often as possible and be gentle with criticism.

Remember—you set the tone, so uplift them whenever possible, such as when they are sharing, helping or getting along with siblings or peers. Even just sitting quietly can be a behavior that is very difficult for a little one, so whenever you see them doing it, offer positivity and you’ll both be better off for it.

I think we sometimes forget how incredibly profound our jobs are as parents, about how our children—like little sponges—absorb almost everything that comes out of our mouths, as well as our behaviors. I remember clearly still my own young mother criticizing herself constantly and I realized young that she was as hard on herself as she was on everybody else.

As an adult, I had to work hard to control my own negative self-talk and realized only when a therapist pointed it out to me that it was my mother’s critical voice I was hearing in my head. It surprises me still how much I was shaped by the adults around me when I was growing up, and as a parent now, I try to always be mindful of that.

So remember, you shape, you lead and you mold the children around you, whether you realize it or not. Make the effort to be kind to yourself and praise those little ones as often as possible for the job that they are doing right and in turn they will be kinder to themselves and the ones around them now and later in life.

ABOUT THE WRITER Jessica Kenley
I am a single mother of three wonderful children: my twin boys are 4 years old, and my daughter is 8.  I am a Vet Tech, a writer and a few things in between!
Red Tricycle > Parenting Advice > I Am My Child’s Inner Voice & Every Word Is Sacred