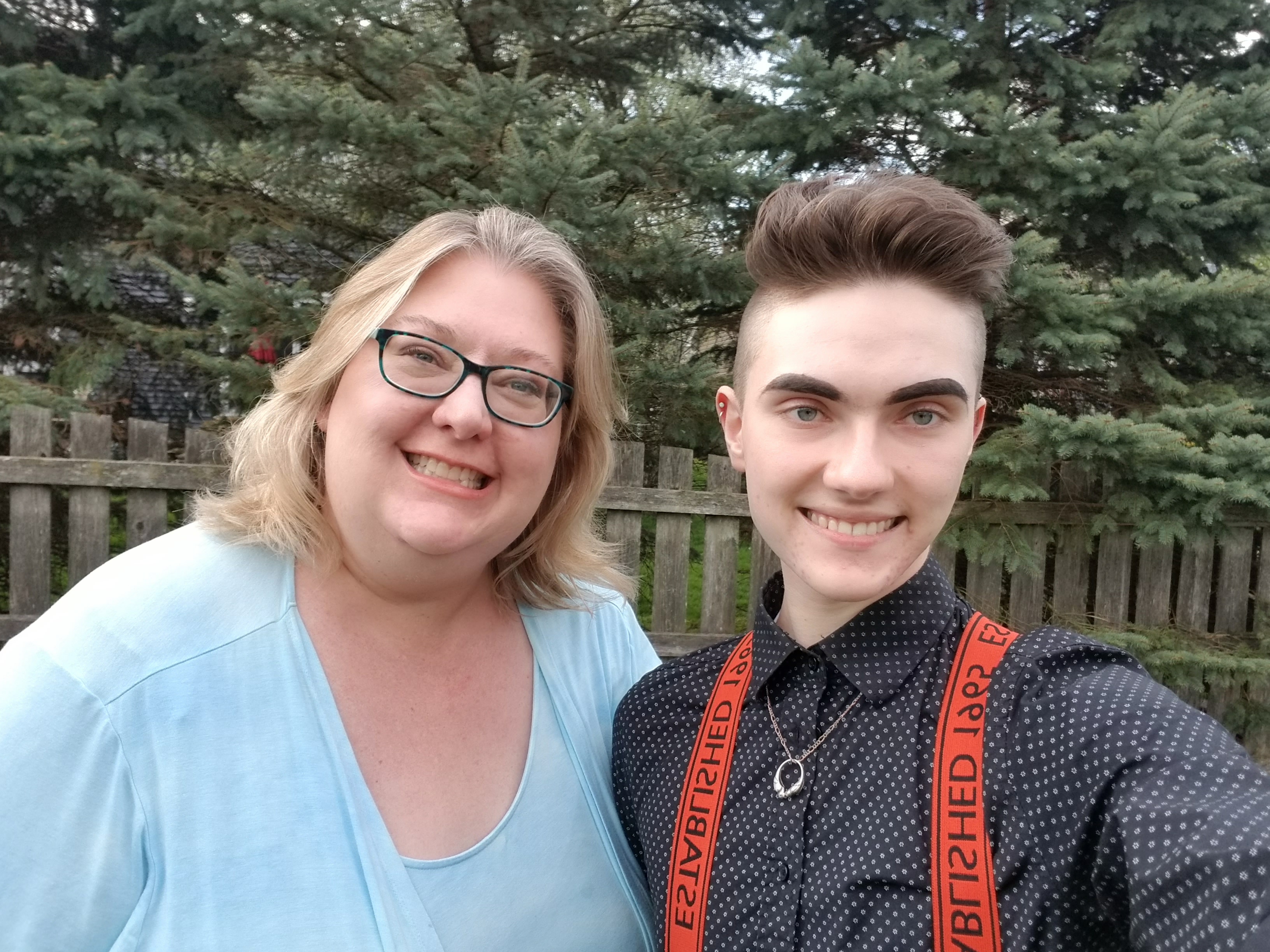 My son Sebastian and I lived in the same house together for fifteen years. I gave birth to him. I changed his diapers and taught him to ride a bicycle.

I was a stay-at-home mom, and he was my only child. We spent hours together every day playing and doing crafts together. He painted the most extraordinary pictures even as a toddler. His existence filled my imagination from the moment that I looked at the faint blue positive mark on the pregnancy test.

But I didn’t truly know Sebastian until he was fifteen. I didn’t know him, because I didn’t see him.

Nobody saw him. Sebastian is the only person in the world known to see with words like a dolphin sees with sound. His blindness is an invisible disability. He has always slipped through our sighted world with what appeared to be the same ease as a spinner dolphin flying through the air.

Now Sebastian is eighteen, and every time he hugs me I can still feel the shell of his tiny newborn ear against my lips and his infant body in the nook of my shoulder where his chest meets mine. I always inhale, trying to recapture that baby smell and the tickle of almost invisible hair on my lips. His hair is now thick and smooth, not the dandelion fuzz of pale blond.

I cherished every sweet moment with him when he was small. Every hug, every smile, every game of hide and seek. I rocked him to sleep each night when he was little. We read aloud together until he was twelve. He still hates Les Miserables. Tolkien was more his thing, with the dragons, wizards, and the magic ring that makes you invisible but also drains your soul.

He still hugs me every night before I go up to bed. Even after everything, especially after everything, Sebastian tells me that he loves me. Now taller than me, when his long arms reach around my shoulders and he leans in for the hug, I can still feel his little sneakers banging my hips and his little toddler arms hugging my neck. I smell the ghost of Cheerios-past every time.

In the car when we talk about the things we’ve been through together, about how I finally came to know him and see him, I reach my hand out to him. Sebastian’s cool, long-fingered artist’s hand lands in mine, squeezing. In his gentle adult grasp, I feel the ghostly hand of a child in mine, much smaller.

What magic ring did Sebastian have that cast its spell so thoroughly over him, that it silently saved him while killing his soul? Surely it was not the cloak of invisibility that he wore all through his childhood as he zoomed through my house waving his wand. He was Darry, King of the Fairies and Professor of Defense Against the Dark Arts. He cast his charm all over so thoroughly that I didn’t see him. Nobody saw him.

I remember his eyes, so bright blue and filled with pain as we both sobbed on the kitchen floor. It was January of 2017 and we had just discovered that fifteen-year-old Sebastian couldn’t recognize his own face and had taught himself to navigate our own home by counting his steps and turns. I had to tell him that he’d been born blind, not understanding how it was possible myself.

After I finally saw him and his invisible disability, I was crushed with guilt. How could I, as his loving mother, not see what was there before my eyes? Not seeing him kept me from giving the support he truly needed.

Yet with time, I came to realize that I had done nothing wrong. Like him, I did not know I was blind: blind to the side of him nobody could see. My intentions were always good and pure. They were rooted in love and tenderness and a desire to be the best mother I could be.

That’s what we all want, as mothers. But sometimes, life creates blind spots. When we come to recognize them, we must accept and learn from them.

Now I am privileged to see the man who walks through this world with dignity and grace. His dry, laconic humor cracks me up, and his striking art inspires me. With his help and support, I am fighting to end the discrimination against the millions of people who have cerebral/cortical visual impairment. CVI was identified as the number one cause of visual impairment in the developed world more than ten years ago and still doesn’t have a diagnostic code.

And I celebrate seeing him for the wonderful man he is, every day. 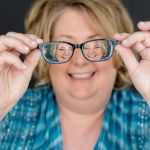 ABOUT THE WRITER Stephanie Duesing
StephanieDuesing.com

Stephanie Duesing is the author of Eyeless Mind: A Memoir About Seeing and Being Seen, a true story about the discovery of her son Sebastian’s almost total blindness at the age of fifteen. Stephanie is devoted to raising awareness of Cerebral/Cortical-Visual Impairment (CVI) and advocating for patients with this visual impairment.
MORE FROM Stephanie:
I Didn't See My Son’s Disability Until He Was 15
Red Tricycle > Parenting Advice > Real Talk > I Didn’t See My Son’s Disability Until He Was 15