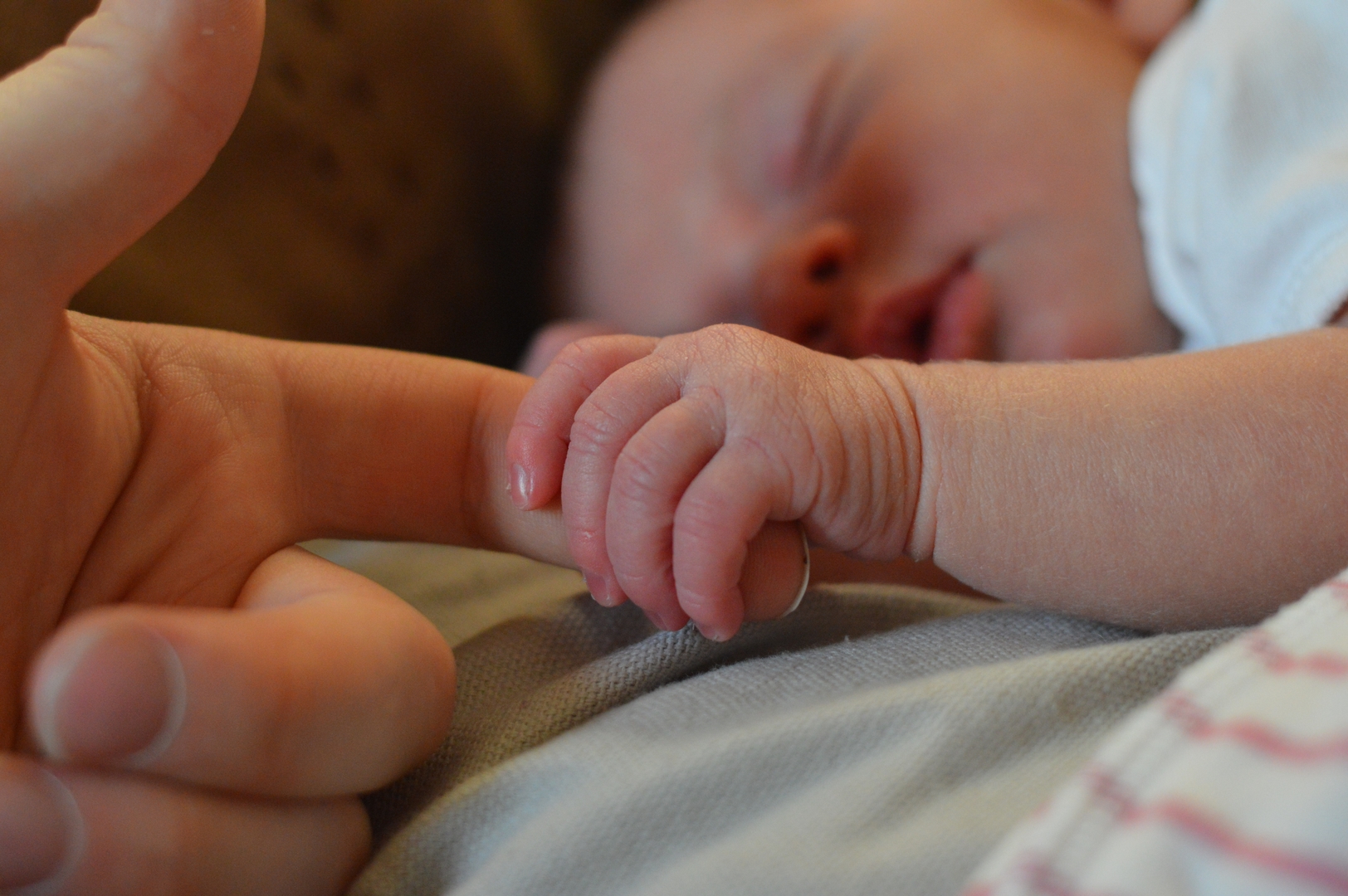 “Breastfeeding is hard!” That’s what I heard over and over again before I gave birth. I knew this and I believed it, but I figured that after a steep learning curve, I would get the hang of it and it would happen as naturally as it was designed it to be.

I took multiple breastfeeding courses and read everything I could about it online. I was familiar with the cradle hold, the football hold, the side-lying hold, the crossover hold. Months before my due date, I was fully prepared with a nipple shield, nipple cream, breastfeeding cover (for modesty), a support pillow and nursing pads. I had my breast pump set up and ready, for when I would need to pump at work, and I washed all of the bottles, to prepare them for holding expressed breast milk.

I knew there was a chance that I wouldn’t breastfeed for whatever reason—and I had no qualms about supplementing or using formula. But I had no doubts that my baby and I would have an amazing and beautiful breastfeeding journey together.

After a very positive birth experience, my brand new baby got a quick wipe-down and then was plopped on my chest, specks of blood still visible on his head. I stared down at this tiny stranger that I had been carrying for over nine months. It’s a strange sensation to feel like you know a person better than anyone else yet not know anything about him at all.

After some skin-to-skin time, the nurses encouraged me to start breastfeeding. At first, baby Elijah was not very hungry and extremely sleepy, so his breastfeeding attempts were half-hearted at best. I was concerned that he wasn’t getting anything to eat.

The next time we tried breastfeeding, the nurse helped to make sure the latch was correct, which didn’t take too long. However, every time he sucked, I felt a sharp, shooting pain in my breast. It happened on both sides, but it was worse on my left. That night was miserable. Eli was starving and angry and would cry every time I took him off my boob. But he wasn’t getting anything out, and I couldn’t stand to keep going because of the excruciating pain. Finally, the nurse asked if I wanted to feed him formula or donated breast milk. We gave him an ounce of donated breast milk, which he ate ravenously and eventually went to sleep.

When my pediatrician came to do his first checkup, she noticed that Eli had a moderate tongue tie, which is essentially a small piece of tissue that tethers the tongue to the bottom of the mouth. This can restrict the range of motion of the tongue and affect breastfeeding, eating, and speaking later in life. It can be fixed with a fairly simple procedure at an ear, nose, and throat specialist. I made an appointment for him to get it done at 6 days old, but before then, I couldn’t bring myself to try breastfeeding again, so I exclusively pumped.

After the procedure was done, I waited a few hours and decided to give breastfeeding another try. The pain was no longer there (thankfully), but it seems that Eli had grown accustomed to the faster flow of the bottle. It would take awhile to get him latched on deep enough because he didn’t open his mouth very wide, and after a few seconds, he pulled off and cried. He was angry and frustrated and probably hungry.

I tried many more times over the course of the next few days, but I started to lose hope that I would be able to successfully breastfeed my baby. I was exhausted and hormonal, and all I wanted to do was give up.

I did this for the first three months of Eli’s life. I was still having to supplement with a few ounces of formula everyday because I was not producing enough milk to feed my baby. Whether it was because I was a low-producer or because the pump wasn’t as efficient at removing all the milk from my breasts as a baby, I’ll never know. But it was disheartening to spend all of that time pumping and still not being able to make enough.

I knew that the breast milk I was able to give him was better than nothing. But I still wanted to boost my supply. I tried everything I could: power pumping, lactation cookies, oatmeal, mother’s milk tea, Gatorade, fenugreek, lecithin, moringa—just to name a few. I didn’t see any significant improvements in my milk production.

The first time I got a clogged duct, I had no idea what was going on. My breast felt like a hard lump, but they weren’t expressing much milk. I looked online for more information and realized that I probably had a clogged duct. I got in the shower and used a vibrating toothbrush to try to massage the offending spot. After about 30 minutes, it seemed to get better.

I assumed clogged ducts were more rampant among women who had an excess supply of breast milk, but apparently, the small amount of milk produced by my breasts also liked to create a blockage. After the clog cleared up, it took that particular breast a few days to get back to its normal milk production level. The experience was unpleasant but not unbearable.

A few weeks later, I knew immediately that I had a clogged duct in my other breast. The symptoms were the same and I jumped in the shower right away. Except this time, even after what seemed like hours of massaging and vibrating, the obstruction persisted. In addition, when I got out of the shower, I began feeling feverish, exhausted and had chills all over my body. I knew that I had mastitis and had never felt so DEPLETED in my life. I immediately went to Urgent Care, where they prescribed me antibiotics. My symptoms were alleviated immediately, which was a big relief.

But I still had full-time motherhood to go back to. I couldn’t take sick leave from my newborn.

The mastitis episode took another hit to my already low supply. I was getting more and more discouraged. I told my husband that I was considering stopping pumping. I was spending hours a day pumping, losing sleep and stressing about how little milk I was making. I was also going back to work soon, so pumping would be even more of an ordeal than it already was. He was supportive and told me that I needed to do what was right for me.

The feelings of mom guilt came on strong. I knew I was lucky that my son tolerated formula well. I knew he would be able to thrive without my breast milk. Yet I couldn’t shake the feeling that the decision I was making was selfish and neglectful of my baby. As I came to terms with my decision, I started pumping less and used the cabbage leaf method to stop milk production. The last bottle of expressed breast milk I fed to my son was a very emotional experience.

With every person I told about my decision, I had to quickly follow up the statement with my reasoning, more for my own sake than for theirs. I felt like this wasn’t a decision I could make without proper justification. I received very little judgment from others, but it took me a long time to let go of the unnecessary shame I had put on myself in not being able to feed my baby.

The additional sleep and time I was able to gain from not being tied to the pump was such a gift. I was a more sane and well-rested mama for my little boy and I know that makes a much bigger difference to his well-being than breast milk does. Once I let go of the shame and judgment that I had put upon myself, I was finally able to live in the moment and be the best mother I could. 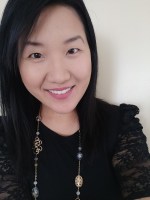 I am a first generation Chinese-American wife, mother, scientist and writer. I started my blog, Hot & Sour, to create a space that is honest and relatable. I write about the reality of motherhood, a multicultural identity and all the things that define my life and who I am.
MORE FROM Katie:
How to Make Mom Friends, Opposites Attract!, Sleep Training - The Basics
Red Tricycle > Parenting > I Gave Up on Breastfeeding & It Was the Smartest Thing I Did as a New Mom