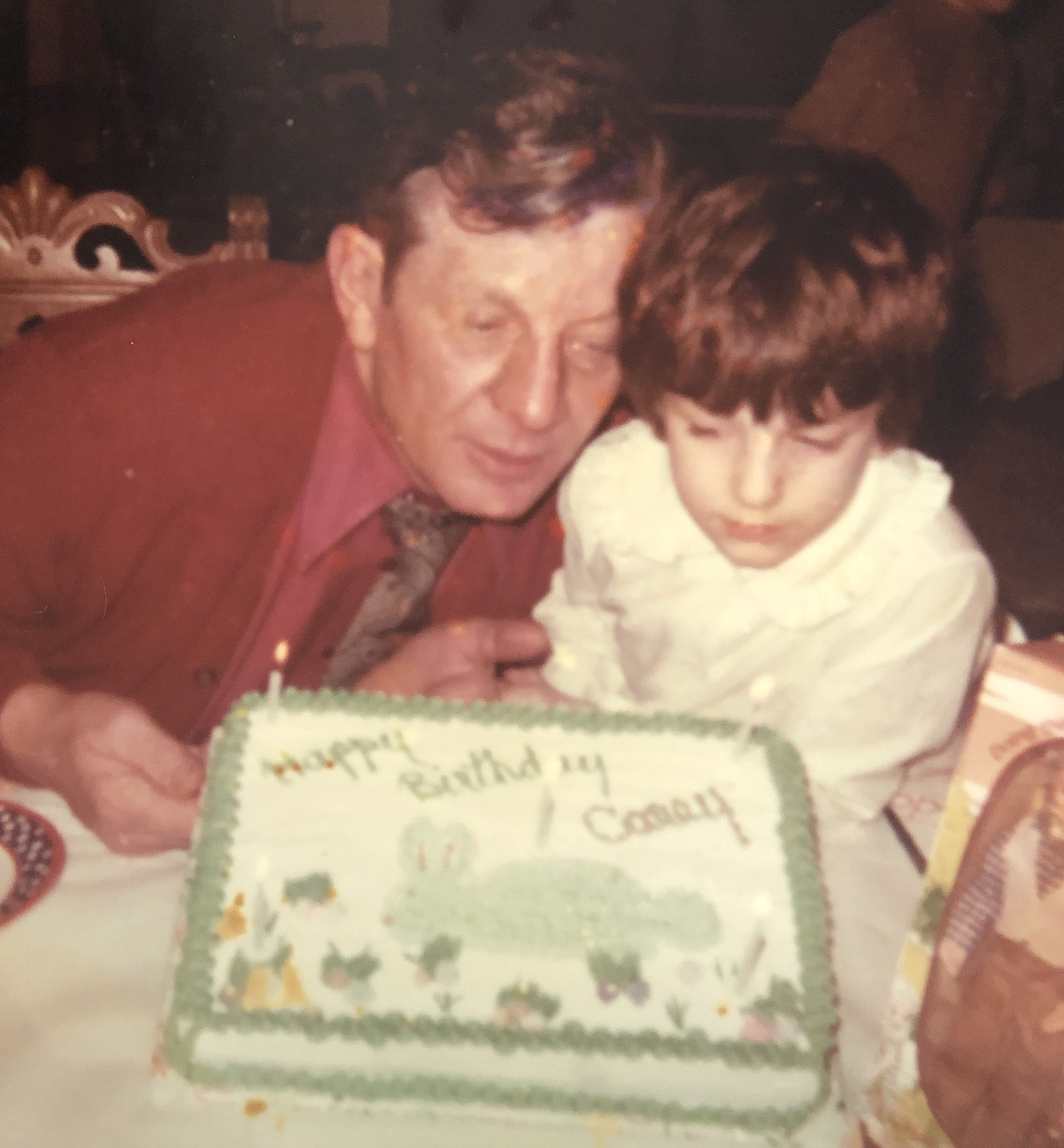 My name is Carey Reilly. I am a comedian, wife, mother and tv host. And every year I dread the anniversary of when my father died 38 years ago. For the past nine years, I’ve been posting the same picture of him on Facebook with a line or two or sometimes nothing at all. And each year, I think about switching out a different picture and writing something meaningful but it seemed too scary to show my vulnerability. I was too afraid to be judged, to be seen as weak. I didn’t want anyone to know how much I’ve struggled day to day from losing my father. I’d rather make people laugh and after all these years, I should just be over it, right?

My father was only 53 when he suddenly died of a heart attack, after leaving the dinner table, when I was just 8 years old, my brother 10, my sister 12 and my mother a young 37. He wasn’t sick, it wasn’t expected, it happened in an instant. I watched him die. We all did. I wish I could unsee what I saw that night September 23rd, 1981—38 years ago. It was like a sad tragic scene out of a horrible movie. The flashbacks I endure today are terrifying—as if they’re happening in real-time. With just a flash of an image, my body can become paralyzed except my hands which tremor shaking back and forth lasting sometimes up to 15 minutes.

I was young and it was confusing: the screaming, the uncertainty, the EMTs rushing in, the ambulance, the helplessness. It was like meandering hysterically through a house of horrors, I couldn’t think straight and then, when the night was over, he was gone. I remember saying to my mother, “But who is going to play Santa Clause and smoke the rest of these cigars?” At just 8 years old, 53 seemed old but now that I’m 46, I know how young he really was. My brother, sister and I ended the evening with a pillow and a blanket in front of the tv watching Johnny Carson. Little did we know that not only would we never speak of the details of that night ever again, but our childhood was over. The next morning we became THAT family that everyone in our community talked about…just how sad it all was.

Through the years I’ve suffered from depression, PTSD and anxiety. When my daughter turned 8, the memories were so powerful that I was literally stuck.  I cried in the morning, during the day and at bedtime. If I wasn’t sleeping, I was crying.

One day, sobbing to my mother on the phone she said to me, “I’m so sorry your father died. I never wanted my children to grow up without their father but you need to find a way to stop being sad. Do it for your children. It’s their TURN to have a happy mother and childhood. You don’t want your daughter and son’s childhood memories to be of their mother crying over HER childhood. It’s THEIR TURN now, not yours.”

Her words hit me like a gong. It was like a switch inside me flipped on, her words freed me. From that moment on when I started to cry I’d say, “It’s not MY turn anymore.” I’d repeat my new mantra over and over until the tears finally dried up.  With a friend’s encouragement, I found a therapist and a great doctor and made the decision that I needed to move on for MY children. My therapist explained to me how getting out of a depression is like a four-legged stool with each leg representing an action you must take; therapy, medicine, exercise, and meditation or prayer. If you neglect to do one then the stool falls over. I did them all religiously, and in time, I got better. I still have my moments but now I have a purpose and the tools to move forward.

I wish I could’ve told my 8-year-old self, crying in her bed, asking God to take her too because the pain was too much, “You will get through this. You will understand a new normal. You will learn how to live and be happy. It will take a lot of work and but you will do it.”

I’m sharing this hoping my vulnerability could help someone reading this who’s suffering. If you’ve lost someone dear and you’re in pain and feeling hopeless, just know that if I can come out of this alive, so can you.

After 38 years, looking at my father’s picture still takes my breath away, forms a lump in my throat and makes me tear up. But now more than anything it’s most important to me that my kids know their mother as someone who survived not someone who suffered.

ABOUT THE WRITER Carey Reilly
notsoskinnymom,

Carey Reilly is mom of 2 kids and a writer for Today.com and Family Traveller. She was named a Top 50 Influencer and Brand Ambassador for O Magazine. She co-hosted The Daily Glow. She’s been seen on Today Show, Fox and Friends, Cheddar News, CNN, Food Network, HLN and Wendy Williams Show.
MORE FROM Carey:
Top 5 Picks For Baby Safety Month, Your Husband Isn't Cheating On You, He's Just Drafting His Fantasy Football Team, Let's Talk Sexy Halloween Costumes
Red Tricycle > Spoke Contributor Network > Real Talk > I Was 8 When My Dad Died and I Finally Found a Way to Heal