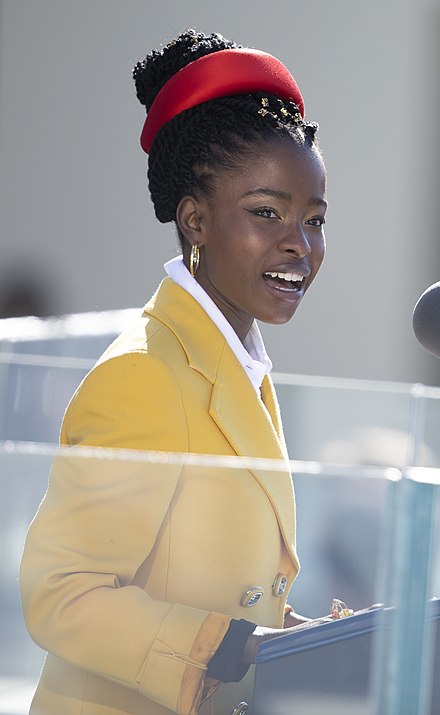 Who knew? The Youth Poet Laureate sensation who wowed us during President Biden’s inauguration contends with speech and auditory processing challenges. Never would I have thought this while listening to Amanda Gorman’s truly memorable performance that day. This is a quintessential example of how one’s passion for her art is more than enough to rise above a diagnosis, inspire others, and be remembered. It also illustrates that where a deficit exists, there are ways to compensate for it.

In addition to the auditory processing disorder, which had been diagnosed when she was in kindergarten, Amanda Gorman has speech articulation-related challenges which make it difficult to pronounce certain words and sounds. Consequently, she learned how to read later than her peers and depended upon special accommodations in school which is commonly given to students with disabilities. But once she learned how to read, she began to immerse herself in books, started to write her own material, and discovered how adept she was at these pursuits. An appearance at the Library of Congress, the publication of her first book of poetry, and being named the first-ever National Youth Poet Laureate would soon follow.

When I first read about Amanda’s auditory processing disorder, I felt an even greater sense of admiration for her than when I previously watched her recite “The Hill We Climb” during the presidential inauguration ceremony. I thought the extent of my admiration that day could not be exceeded considering the absolutely stellar performance she had delivered and the emotional impact of her words. I was wrong.

It takes a great deal of courage to reveal one’s vulnerabilities, and when they come to light, the wow factor that already surrounds an exceptionally talented person is elevated to a whole new level. The true strength of that individual surfaces when what had been overcome along the road to glory becomes known. If this kind of story is not inspirational, then I don’t know what is.

As I’m sure is the case with many, Gorman’s ascent into the public spotlight resonates quite strongly with me. Her narrative and mine share a few significant commonalities. I, too have been contending with auditory processing challenges which stem from an early childhood learning disability diagnosis in auditory perception as well as from an autism spectrum diagnosis that would emerge decades later. I too needed special accommodations in grade school and resisted a few of these, including an offer to take the SAT’s untimed, which I promptly rejected because I insisted on being evaluated on the same terms as my fellow classmates. Amanda admits to having refused extra time on tests as well. We both found ways to compensate for our challenges, enabling us to achieve our unique definitions of success against all kinds of odds. And, both of us have not been afraid to open up about our struggles.

Love who you are and be who you are, at all costs. Doing so entails acknowledging and accepting not merely your strengths but also your hardships, and addressing those hardships on your terms, in your own way and in your own time, so as to move forward. Once you commit to this kind of philosophy, the sky’s the limit. Gorman is clearly a case in point. Greta Thunberg is another, referring to her Asperger’s diagnosis as “a superpower.” And of course, there are countless others turning adversity into triumph every day, eager to make substantive contributions to society but who have not yet been given the opportunity to do so. An immeasurable accumulation of untapped potential rests with these people, potential that is waiting to be realized and on which our world and our future arguably depend.

Let Amanda Gorman and the spirit behind her poem “The Hill We Climb” be an inspiration not only to the country but, on an individual level, to those who share her struggles and to everybody looking to better themselves. Let at least some of the poem’s more meaningful words and ideas sink in and encourage us to greater things: “dream,” “never be permanently defeated,” “step out of the shade, aflame and unafraid,” “rise,” “brave,” and “the new dawn blooms” come to mind. America’s metaphorical hill to climb is steep, to say the least. Too much anger, divisiveness, violence, inequity, and disease. Not enough peaceful coexistence, decency, unity, and normalcy in the way we remember it pre-COVID. Gorman has shown that she can climb her own personal hill by working through an auditory processing disorder and speech processing challenges en route to newfound fame, remarkably, as a poet and a performer. So, too can we dig deep and climb our own individual hills, by confronting whatever adversities stand in our way. We become stronger as a result. Our collective strength as a nation becomes that much greater as we all climb the hill Amanda Gorman envisions us climbing.

This post originally appeared on The Hill, Changing America.

SAM FARMER wears many hats, among them father, husband, musician, computer consultant, autism spectrum community contributor, and author of the new book, A Long Walk Down a Winding Road: Small Steps, Challenges, & Triumphs Through an Autistic Lens, which is now available on Amazon.
MORE FROM Sam:
Other blog posts and articles by Sam Farmer, "A Long Walk Down a Winding Road"
Red Tricycle > Parenting > Adulting 101 > I Was Surprised to Learn Amanda Gorman and I Have This in Common