I Wouldn’t Get Rid of the Dog When I Got Pregnant, because Science 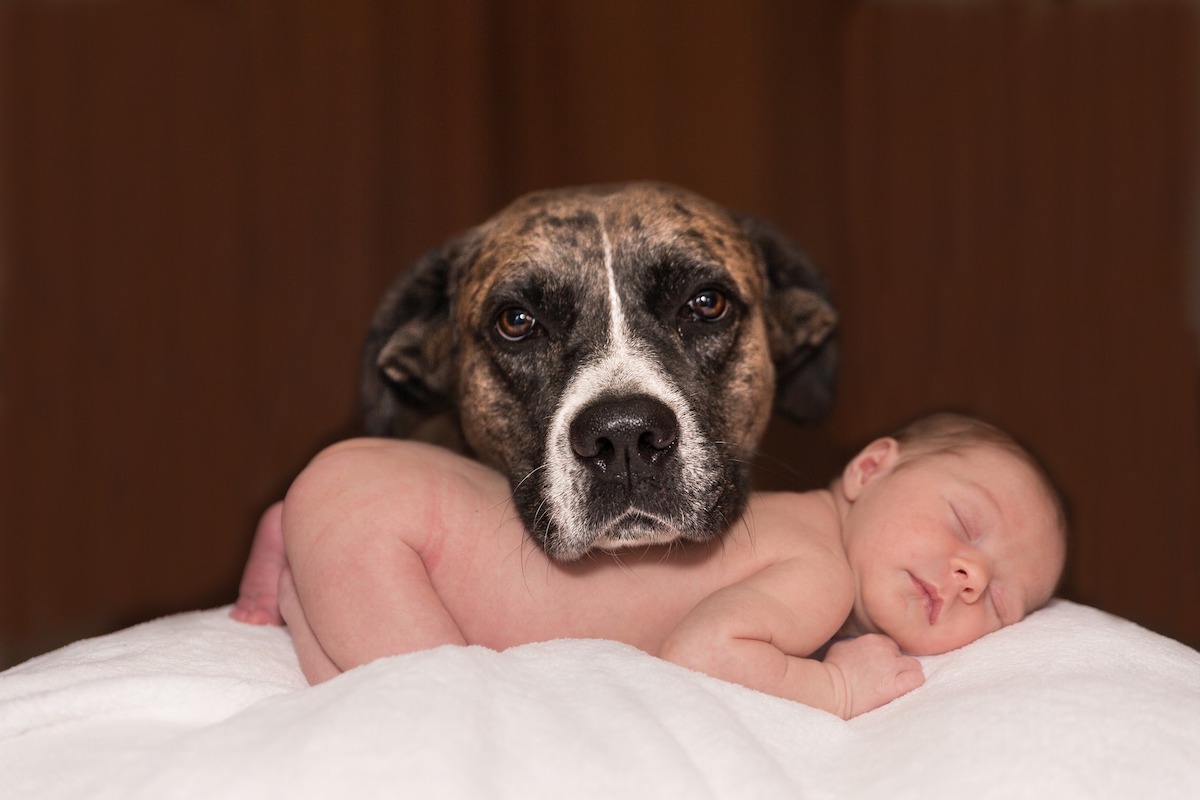 People have different opinions about whether having a pet for children is a good idea. Some say it’s a great idea, others blanch at the idea of a 60-pound dog with sharp teeth and nails playing with their toddler.

But what does science say?

It’s a little bit of a mixed bag since there are many factors that separate families that own pets from families that don’t. For example, families with pets often have a higher socioeconomic status than those that don’t.

However, there is research, as well as plenty of anecdotal evidence, demonstrating the benefits of having a pet for children. But first, a little story. Yay! Don’t you just love stories?

When I was growing up we always had at least one dog and one cat. Sometimes more, but never less. So when we found out we were pregnant a couple months after getting our new Australian Cattle Dog (ACD) puppy, Tazky, I wasn’t concerned.

However, during the time I was pregnant, we started to get concerned.

ACDs, we found out, are EXTREMELY stubborn dogs. All of the dogs my family or I have ever owned have been well-behaved and seek to please. I learned how to train dogs from my mom and she had a whole host of tricks up her sleeve.

I tried them ALL with Tazky. We quickly discovered why many ACD owners affectionately refer to their pets as velociraptors.

Anyway, he’s a handful and we were concerned how he would react to the arrival of our little girl. Obviously, one swipe of his paw could seriously hurt her, even in play, and we couldn’t have that.

It turned out, we didn’t have a thing to worry about.

As of right now, she’s 10 months old and he’ll be 2 in a couple of months. He has never once scratched her or hurt her in any way. From the moment we brought her home from the hospital he became the most docile creature whenever she was near. He is the perfect babysitter, giving her toys or letting her pet him to calm her when she cries.

Now that she’s mobile (yes, she’s walking, people!) they are constantly together. She crawls on top of him, grabs his ears or grabs his tail. If he doesn’t like something, he’ll just move away, but most of the time he seems happy to play with her. He is her constant companion, which brings me to my first benefit of having a pet for children.

A pet is the most faithful, loving, constant companion there is. Siblings will fight and make up (eventually). But have you ever seen a kid have a falling out with their dog?

Meanwhile, pets will stick with kids through thick and thin. No judging, no resentment, no fighting over what show to watch.

My sister and I fought all the time. But I never fought with my dog, Beary. He was my buddy.

Having a pet is also a great way to teach kids values. Their pet is a friend, but also a creature that needs care. You can use having a pet as an opportunity to teach your child responsibility by making it their job to feed and clean up after their pet (age-appropriate tasks, of course). Kids feel important and grown up when their pet depends on them for their basic needs.

Kids can also learn empathy and how to be kind from having a pet. They’ll see your example of how you treat animals—treat them with kindness because your kids are watching! Little lessons like why we don’t pull Fido’s ears teach kids to be kind from a young age.

Research shows that having a pet for children can help them develop well socially and have higher self-esteem. This is probably due to the nonjudgmental nature of the relationship.

Plus, the mere act of petting an animal has actually been shown to raise the levels of oxytocin in the body. This powerful hormone has been dubbed the “love hormone” because of how it creates feelings of love and bonding in individuals.

Whatever it is the effect is pretty powerful.

The effect on the brain is so strong that it can help with cognitive development. Is your child struggling to read aloud? It may have less to do with his ability and more to do with his feelings of inadequacy or nervousness about what others will think.

Try having him read aloud to his pet. It may surprise you how easily he reads aloud when his pet is his only audience. Practicing with the pet will build his confidence and eventually you’ll see an improvement when reading in front of others as well.

This carries over even into children on the autism spectrum or others who suffer from mental health struggles. In addition to the mental and emotional benefits of being around animals, specially trained therapy dogs can even help prevent children from harming themselves.

Of course, the amount of physical activity your pet encourages depends on the pet. A dog will encourage far more activity than a goldfish.

Childhood obesity is on the rise and sets children up for significant health problems later in life. Getting a dog might be just the encouragement your child needs to get out and run around in the yard.

Some folks may turn up their nose at the idea of their child playing with an animal. What about all those fleas and dander! And don’t dogs love to eat poop?

Actually, research indicates that children who live with dogs during their first year of life have 31 percent fewer respiratory tract infections. They also tend to get a whopping 44 percent fewer ear infections and require antibiotics less frequently than kids who don’t have a dog. The likelihood of developing allergies also goes down with an animal in the home.

So, should you get a pet? While the benefits are universal, it will depend on your family’s lifest‌yle whether a pet will make an appropriate addition to the family.

I, for one, love having a dog. Tazky and my daughter are best buddies and they keep each other entertained—and I don’t see that changing anytime soon. 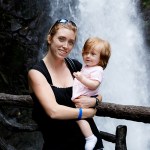 ABOUT THE WRITER Cara Koch
La Vida in Life

I'm from the United States but now I live in Costa Rica. I enjoy photography, travel, studying languages and learning about new cultures! We can all learn something from others—that's why I started my photography blog about traveling, living in, and learning about the culture of Costa Rica.
MORE FROM Cara:
How to Do Genuine Emotional Photography, 7 Insider Tips for Visiting La Paz Waterfall Gardens, Weird Tropical Fruits: Part 1
Red Tricycle > Parenting Advice > I Wouldn’t Get Rid of the Dog When I Got Pregnant, because Science