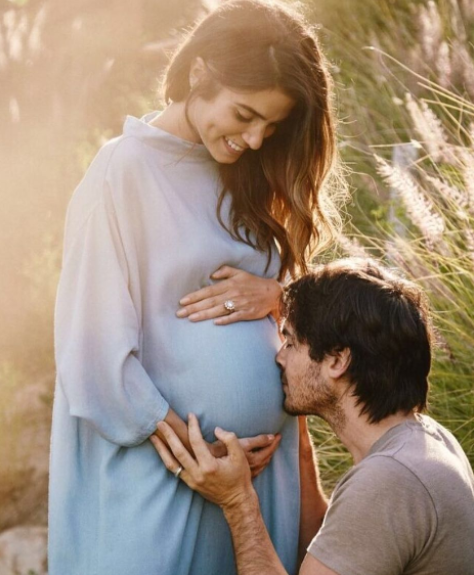 Ian Somerhalder and Nikki Reed have announced the birth of their new baby girl, but you won’t hear much else about her for the next month because the celebrity couple has taken a vow of silence for their daughter’s first month of life.

As E! News is reporting, the couple, who have been married two years and are both actors and activists, welcomed their first baby on July 25. In true celeb fashion, their little bundle of joy has been gifted with a very unique name, Bodhi Soliel Reed Somerhalder. No pictures have been released, but that isn’t a surprise considering that the couple announced in a recent interview that they would be saying goodbye to the outside world for the first month of their baby’s life.

According to an interview with Fit Pregnancy, Reed said, “We’ll take the baby’s first month for ourselves. After the baby arrives, we’re doing one month of silence. Just the three of us, no visitors, and we’re turning off our phones too, so there’s no expectation for us to communicate. Otherwise, every five minutes it would be, ‘How are you feeling? Can we have a picture?’ You don’t get those first 30 days back, and we want to be fully present.”

That time with your newborn is definitely fleeting, so it’s easy to understand why the couple wants to keep their little one all to themselves and ignore any outside distractions.

When did you start allowing visitors and sharing news of your baby? Tell us in the comments below.