If Your Kids Are Begging for a Puppy, You Are Not Alone

Have your kids been asking (relentlessly, as kids do) for a pet? A recent survey conducted by OnePoll and commissioned by Spin Master found that a lot of kids have been campaigning for a pet. In fact, the average kid will beg for a pet 1,584 times before they reach the age of 18.

The study of 2,000 parents of school-aged children found that seventy-four percent of kids have asked for a pet with seventy-eight percent of those specifically wishing for a puppy. All of this asking is not in vain with two thirds of parents giving in after about three years on average. Many parents think it may be good for their child, as learning to play gently, learning responsibility and being encouraged to spend time outdoors were found to be the top benefits of growing up with pets. 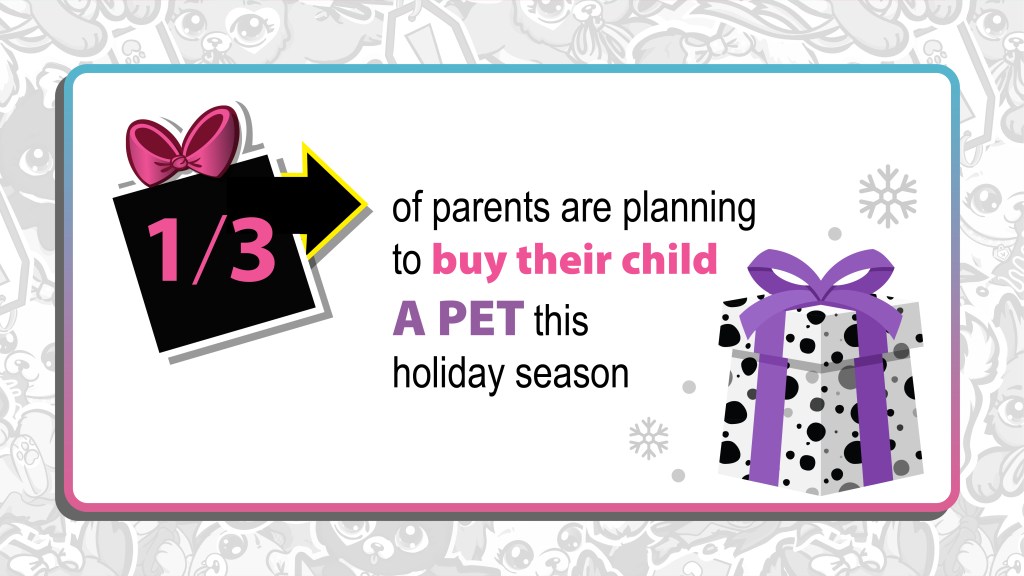 Parents should be even more prepared to hear, “Can we get a puppy?” as we enter the holiday season, and they will ask seven more times per month during this time. Sixty-two percent of kids who have asked their parents for a pet will eventually relent for the holidays.

A third of parents surveyed are planning to buy their child a pet this holiday season. When they looked back to their own childhood, almost half received a pet as a present with many of those saying it was the best present they ever received. 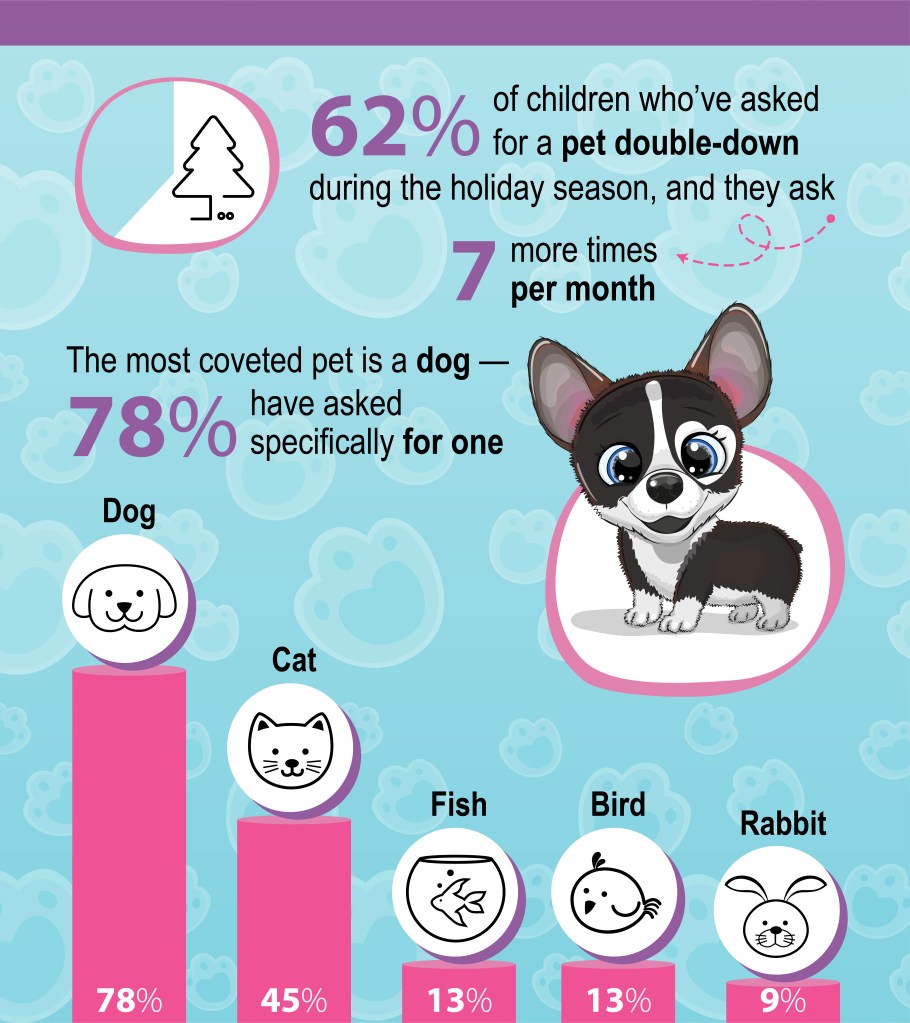 “It’s a dream come true for a child to receive the ultimate surprise on Christmas morning — a puppy,” said Jean Gomez, Vice President of Marketing, Spin Master. “As some parents remember from their own childhood, receiving a pet for the holidays leaves a lasting impression — the ultimate surprise and moment of pure joy can be delivered during the holiday season, without the responsibility (or clean up) of a live pet.” 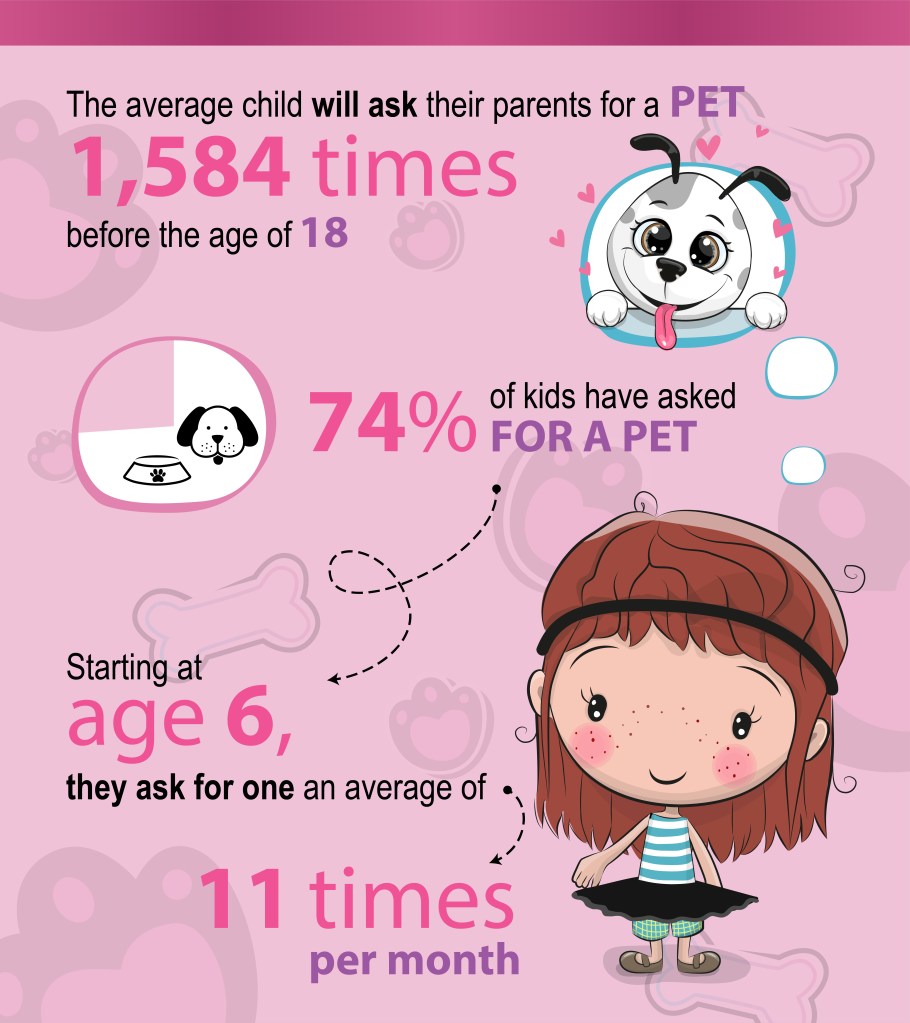 While kids are asking (and asking, and asking) their parents for a pet, the survey found they need to do more than just that. Parents feel it is important to start small and build up to getting a new pet. Twenty-five percent of those polled wanted their child to show they could care for a toy pet before committing to a real one.

“A toy pet can bring so much excitement and joy, while also acting as a step toward getting a real pet,” said Gomez. “And while some parents may say no when asked ‘can we get a puppy’, an interactive pet like Present Pets that barks and paws its way out of the box can deliver that magical experience for the whole family.”

Red Tricycle > News > If Your Kids Are Begging for a Puppy, You Are Not Alone