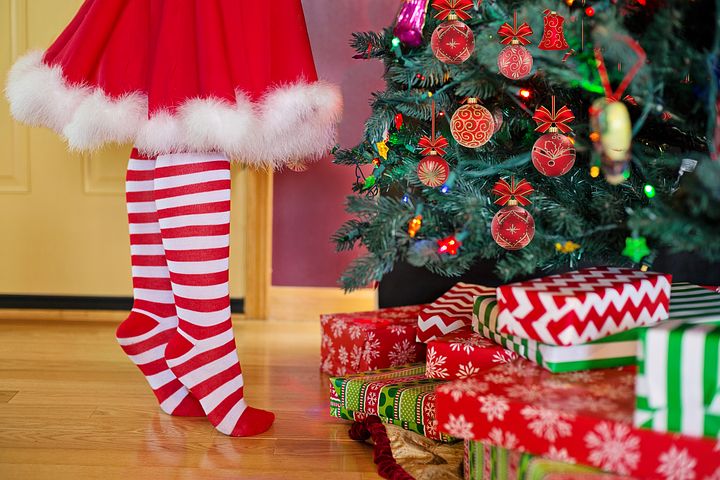 Like many, Christmas is one of my favorite holidays. It got especially magical after I had kids. I can’t wait to see their little faces light up on Christmas morning with delight as they burst out of their bedrooms with anticipation to see if Santa actually came.

You know, the man in red with the jolly disposition and the mystical elves that make toys from scratch and report back to the North Pole every night fueled on “cheer.” The man who somehow manages to make it across the entire world in one night living solely off of milk and cookies and Christmas spirit.

I love Santa. I love the idea of Santa. And I love that my kids think that Santa is magic. It adds an extra element to Christmas that fills them (and me) with intoxicating excitement every year. What I refuse to play into is that Santa shows up with the expensive, hard to find gifts and mom and dad bring things like socks and pjs.

The concept surrounding Santa and his reindeer ALONE is one that I think brings hope and enchantment to kids lives during Christmastime.

If we can get them to believe that there is a human being in this world who flies with wingless, hoofed animals (one of which has a light bulb on his face), who lives in a hidden land that you can’t find on a map and has an entire staff of tiny, pointy-eared people who have not yet managed to go on strike for being forced into overtime and being overworked and have to do it all in dangerous conditions of freezing cold and hyper active machines throwing paint and nails…. well, I think we’ve done our jobs getting them to believe.

I work my butt off every year to make sure my kids have a good Christmas. To make sure that they are delivered just as many presents as their friends and they aren’t lacking in all of the “hot items” that they desperately asked for.

For a month straight I live off of coffee and evergreen fumes trying to scrape together pennies to bring my little ones the MOST joy I can on the mind-blowing morning called Christmas. I become a ninja of gift hiding, wrapping and assembling. On Christmas Eve, I morph into a woman who doesn’t need sleep, hydration or daylight to survive and I spend HOURS setting up an entire display for my kids to enjoy when they wake up at the crack of dawn because… SANTA!

Did I mention I love Christmas? I really do.

It’s all worth it. It is. BUT, I will be damned if I am going to go through the hell of November and December’s lead up to the big day and let the big guy in the red suit take all of the credit for the gifts that I had to fist fight someone over in Target because it was the last one on the shelf. NO. WAY.

I want my kids to have the magic of Christmas in their very own homes every year. But I also want them to appreciate the season for what MATTERS. Gifts are great. Getting gifts as a kid is one of the most exciting parts of Christmas, but plenty of kids DO NOT get gifts and if they do they aren’t nearly as cool, high tech or expensive as some of the gifts my kids have gotten over the years.

How do I explain to my kids that some kids (the ones who really need the miracle) don’t get what is on their list from a man who theoretically brings presents to ALL kids that are good? Do I tell them those kids are bad? What makes those kids less deserving? Nothing.

How do I explain that if we have had a year when money is tight that Santa suddenly doesn’t have the “disposable income” to supply the mountain of gifts he has in recent years? I can’t. Not without them losing some faith in the magic of the holiday.

Plus, I’m trying to raise responsible and grateful humans who understand the value of material things and what it takes to make and spend money. Christmas happens to throw all of that out the window for the weeks leading up and at least a good month after.

The holiday comes and suddenly they become entitled brats (albeit adorable ones) who deserve the world just because they exist because for weeks family and friends have been showering them with gifts. And that is WITH me giving the best gifts from mom. If they thought Santa brought those? I imagine the privileged attitude they carry would be slightly worse and last a little longer.

It’s because of these reasons that my kids get the good presents from me. Call me selfish, but I want the credit. I want my kids to know that I worked hard to make sure that they got that one thing on their list they really wanted. I want my kids to see that even though I might have missed a few important sports games or school events, it’s because I was working. Working to make sure we have a roof over our heads and our bills got paid and also so that I could do things like buy them the iPod they really wanted for Christmas.

I want them to know that even when I was exhausted and stressed out I might not have seemed like it, but I was in fact listening to them when they mentioned a cool toy they had played with at a friend’s that they wish they had for themselves.

I want my kids to understand that Christmas IS magical and there are TWO people that make it so. Santa and ME. Maybe I’m a little self-serving, but I’ve noticed since I’ve started switching the tags around on Christmas and marking the extra special gifts from me, my kids have a new appreciation for their packages under the tree.

I have a better explanation for kids that may not get the same number or types of gifts as them or why our Christmas haul may vary year after year. And I don’t have to stress about remembering which gifts came from Santa and which didn’t when something doesn’t work correctly and I have to come up with some outlandish story about how I’m going to phone in to the North Pole to get a replacement.

If you ask me, the magic of Santa lies in my kids believing. Believing that there is someone watching them, rooting for them, willing to marvel them with his abilities every year because he loves little kids. He does it all in one night because he’s spectacular. And he brings things they will love and play with for the whole year (hopefully).

But the big ticket stuff, the gift that they requested for MONTHS, the one that cost a small fortune and will bring the biggest smile and the most thanks? That one comes from Mom.

Move over Santa, I’m soaking up the cred over here. You already have a group of elves to do your bidding—I’m all on my own. 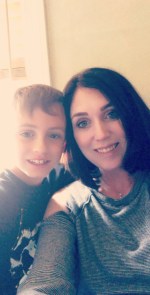 I'm a single mom of three and realtor living in a suburb of Chicago. In my abundant spare time I like to write about parenting, family, divorce and raising a young transgender child. I'm just trying to raise kids who know how to turn off lights when they leave a room.
MORE FROM Nicole:
The “In” Grocery Store Came To My Town – And I HATE IT, As A Single Mom, Sometimes It’s Bring Your Child To Work Day
Red Tricycle > Holiday Happenings > Christmas > I’m a Single Mom. I Won’t Let Santa Take Credit for the Good Gifts