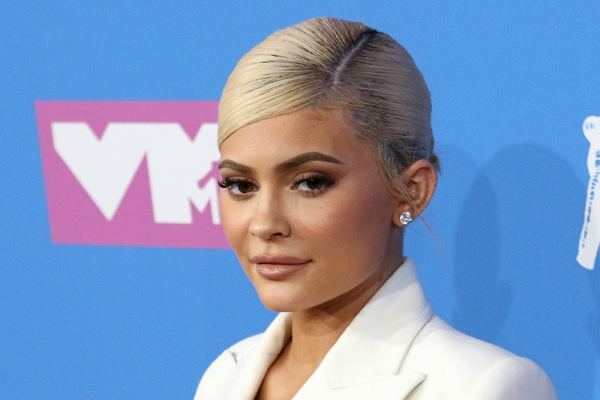 So, I want to be clear: I, in no way, am hating on Kylie Jenner for having a baby. A woman who wants to have a baby, and can provide for him or her, should have one. Getting pregnant, staying pregnant and having a baby is not a process that comes easy to a lot of women. I recognize that and honestly, good for Kylie: she appears happy and her baby is healthy and obviously well taken care of… I’m going out on a limb and inferring that last part since Stormi’s mom is almost a billionaire.

My issue comes with what Kylie is not saying to her fans…to her 116 million Instagram followers.

Taking care of and raising a baby is harder than you will ever understand until you do it. And even then you kind of can’t believe it. Why did I do this to myself? Oh yeah, I always thought, and said to a lot of people, that I wanted to have a baby… although I had absolutely no clue what was involved or how hard it would be.

I was 37 when my son was born. My husband was almost 40. We were older, had some money, had good, full time jobs and guess what – it was still hard. It is still hard. I can’t even begin to think of how it would be for a 20-year-old!

That’s how old Kylie was when she had her daughter. My first thought when I heard the news she was pregnant was not judgmental in the way of “How could she be so irresponsible? She’s only 20! She’s going to ruin her life.” These weren’t my thoughts because they’re just not accurate. Her life is far from ruined.

Kylie has all the money in the world and, therefore, everything is at her disposal. I’ve read that she’s a hands-on mom, which is great…but when she needs a break, or wants to sleep, or wants to plump her lips, or take eight million selfies or whatever—a nanny, or even multiple nannies can be there in a second. Kylie can hire as much help as she wants. Money is no object. Also, she doesn’t have a full-time job with set hours and a nagging boss, so if she feels like sleeping or getting out of the house for a plump/de-plump/re-plump session, there’s nothing stopping her.

Just look at Kylie’s Instagram. (I’m sure most of you already do.) As I mentioned, she has 116 million followers. Recent photos include Kylie looking incredible in a skin-tight latex dress, vacationing with Stormi in Miami, hanging out in Las Vegas—this is not real life! I mean, it’s Kylie’s real life, but it is not the life of an average 20-year-old who has a little baby!

And I know that seems like an obvious statement, but it’s not…not to the average 20-year-old, at least. Some of them will see the life Kylie’s living and think see – Kylie got pregnant at 20 and she’s okay! Yes, she is okay…she’s more than okay, but you may not be. Most likely, you are not your own boss. Most likely, you are not about to become the world’s youngest billionaire. Most likely, if you put on a skin-tight latex dress after baby, you’d have to be buried in it because that puppy’s not coming off. And as for Kylie and Stormi’s trip to Miami? Yeah, good luck traveling with a baby by yourself! Even with a partner, flying with a baby is the ultimate gamble. It could be fine…OR it could be you: sweating while your baby screams, poops its pants and you realize how truly small those airplane bathrooms are. Try changing a sweaty, poop-covered baby in one of those things and you’ll never think of the “Mile High Club” the same way again. By the way, Kylie flies private, with a nanny or two in tow I’m sure.

Kylie’s already talking about having a second baby. My husband and I have a hard time even saying second baby. Or maybe, we just don’t have the time or energy to even say anything. We’re too busy taking care of our son: shopping for food, preparing his food, changing diapers, reading to him, helping him learn, cleaning him, loving him and, oh yeah, working full time jobs and trying to stay in touch with our family, friends and with our own relationship. Did I mention we don’t have a nanny? Couldn’t afford one anyway and don’t even talk to me about a latex dress.

Kylie’s already talking about having another baby. So is Cardi B. Three months after having her daughter, Cardi tweeted: “Would ya be mad at me if i get pregnant again?”

Of course not. What person in their right mind would get mad about that? All I’m asking for is some more transparency. Let these young girls know your deal so they can have all the information before they find themselves stressed out, covered in sweat and poop and wondering why they’re not in some club in Miami twerking in a latex dress with Travis Scott. Everyday moms are at home cleaning the house in a nursing gown and the closest they’ll get to Travis Scott is if he guest stars on Sesame Street.. 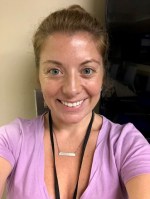 ABOUT THE WRITER Jennifer Muscato
https://wordpress.com/view/imisstv.blog

I'm a producer and writer who moved to the DC area in April 2018 from Los Angeles. I have a very active toddler and a great husband. I really don't have spare time, 'cause I'm a mom, but I like to read and watch shows. I'm also a true crime addict!
Red Tricycle > Parenting Advice > I’m Not Mom-Shaming Kylie Jenner—But I Am Calling Her Out