I’m That Dad Who Always Complained about His Kids 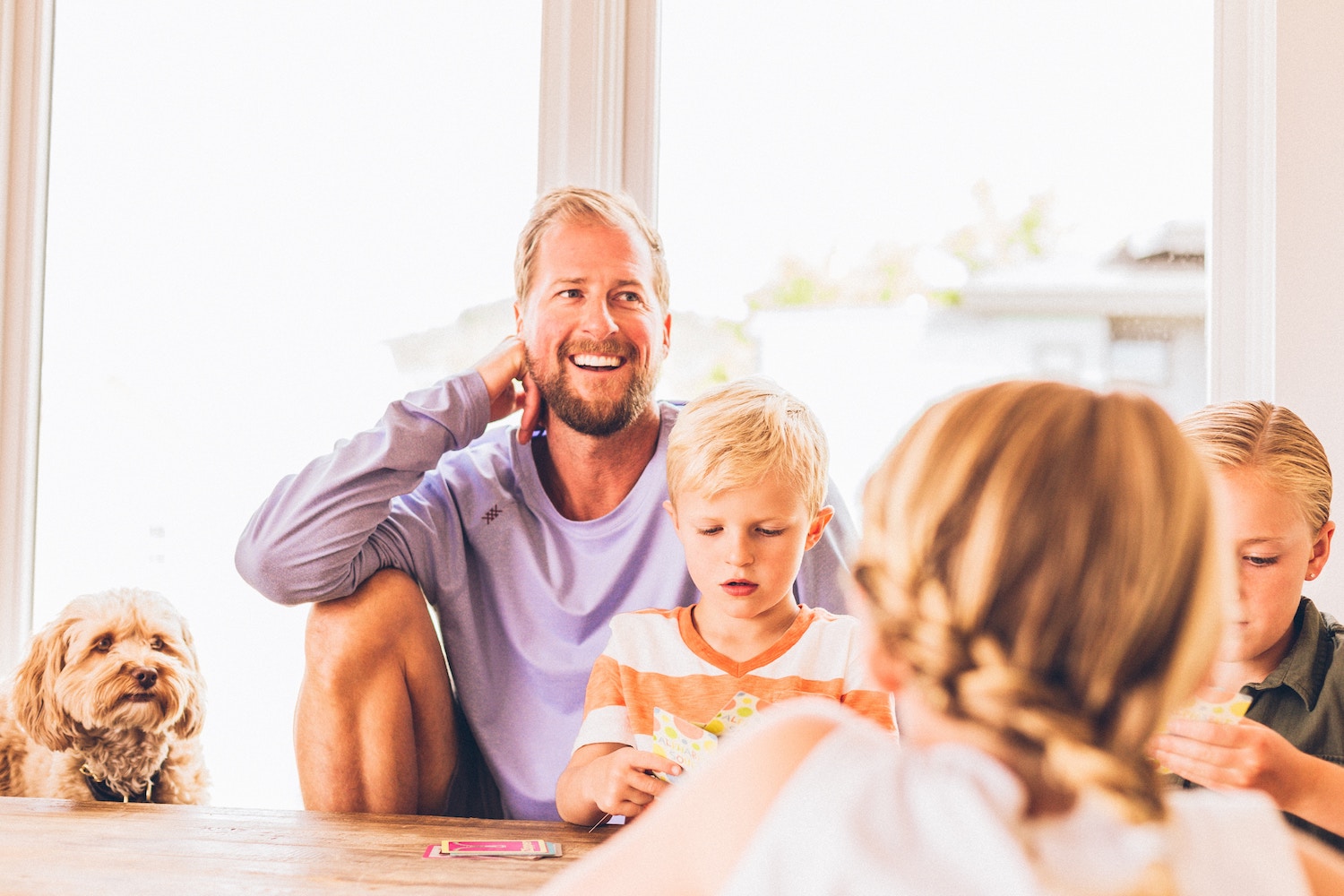 My main goal has always been to become a father. Having always enjoyed working with kids, I figured I would be a natural—and yet, I was in for a surprise when it came to my own children.

Fatherhood was hard and continues to be so today. I have four children ranging in age from 7 to 19, and everything from communication st‌yles to their emotional and physical needs are wildly different from child to child. I didn’t understand the extent of these differences until I transitioned to working from home.

Have you tried to coordinate projects at work while hearing your kids’ fights erupt right outside of your home office door?

It is incredibly distracting, and when it would happen during a business call, I would try to alleviate my embarrassment by joking about my “monster children” and lazy nanny. Except there was no nanny.

After a while, these jokes were how I constantly referred to my children, and they became progressively less of a joke. Everything my kids did began to annoy me, from my oldest daughter’s social media usage to my sons’ mock wrestling matches. While I didn’t talk negatively in front of my children or “joke” about them in their presence, my internal views were having a direct effect on how I felt about them.

One evening, as my wife and I were discussing our day, I had made some joke about our eldest son being a stinky teenager and how I had to help him do his accumlated laundry.

My wife, having enough of my attitude, asked me, “Do you even like our kids?”

That question shocked me. I told her that of course I liked our children, I loved them and they were my whole world.

She replied, “Well, you sure don’t sound like you do.”

I sat with my wife’s statement for a while and tried to think of when I had last said something positive about my children. Nothing came to mind.

Psychologists have often seen that how you talk about yourself and others is what you end up believing. By continually referring to my children with negative talk and sarcasm, I had trained myself to always view them in a negative light. As I reflected on this realization, I also concluded that quite a bit of my children’s recent behaviors were due to my negative attitude toward them.

This was not the kind of father I wanted to be and not why I chose to work from home in the first place. To change my point of view, I committed to:

My sons quickly put my resolution to the test shortly after committing to the above changes. They had been playing softball in the backyard and had sent the ball through the living room window. After taking a moment to collect myself, I remembered that I had told them they could play softball in the yard and I hadn’t mentioned to not hit towards the house.

After comforting my youngest son—who was in tears as he was the one who had actually broken the window—we all talked about safe play practices. We set up a batting and catch schedule where I would go to the nearby park with them. Then, after we cleaned up the glass, they helped me measure and look for a new living room window which we installed the next day.

Change didn’t come quickly. I needed to learn how to manage my emotional triggers. Yet, with constant work, I like to think I have become much closer to achieving my childhood dream of becoming a good father.