Imagination Rules in This Whimsical Wonderland of a Playroom 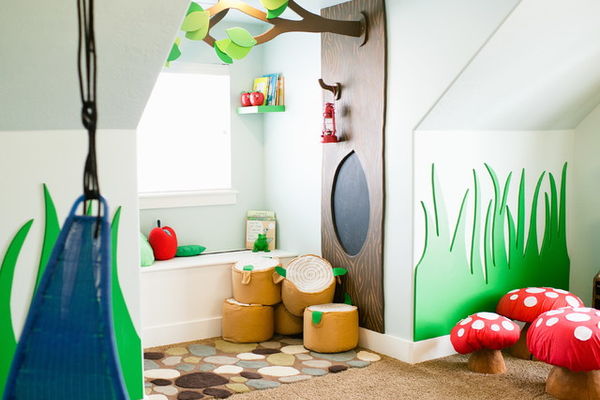 When Mollie Openshaw was a little girl growing up in Washington and Utah, she dreamed about being a fairy, and imagined what the world would be like if she were very, very small. She grew up and became an interior designer and a mother, and when she decided to create a playroom in the space above her family’s garage, she tapped into her childhood memories to make an exceptional space.

Room at a Glance

Who lives here: Mollie and Ben Openshaw and their 2 children (a third is on the way)

Of interest: The designer used MDF rather than plywood to craft the 3D elements. “It’s lighter and easier to work with — and there are fewer splinters,” she says.

“I was very active as a child, and I was always imagining things,” says Openshaw, one of the principals at Design Loves Detail. “I often pretended I was a fairy, and just 3 inches tall. I think that’s where the idea for this playroom came from.” To create a woodland world that gives the feeling of being small, the designer drew images of grass, clouds and grass. Ben, her husband, and a local craftsperson used a laser woodcutter to supersize and cut the images out of sheets of MDF, which Openshaw painted and applied to the walls with glue and nails. The designer says the elements could have been painted directly on the wall, but the effect wouldn’t have been the same. “My vision was that it would be a 3D world that enveloped the kids,” she says. “Painting just wouldn’t have been enough.”

For example, the trees have leafy branches that stretch across a window seat nook. All of the accessories, including the log stools, support the woodland theme. The inflatable, fabric-covered stumps are available to the trade only and had to be imported from Japan. “I had to order 25, so I have extras if I need them,” Openshaw says.

A smaller, stubby branch acts as a hook for a lantern she found at a local yard sale. The hole in the tree is lined with chalkboard.

Toadstool benches provide additional seating. “I wanted stools that looked like mushrooms, but I couldn’t find them. Before making them I decided to search Craigslist just in case, and found some redwood mushroom sculptures from the 1960s. It was like I had willed them into being,” she says. “Now there are things like this on the market, but a couple of years ago, they seemed like an impossible-to-find, crazy idea.” Openshaw sewed padded cushions and slipped them over the top of the sculptures and glued on some felt spots. Now she has seats worthy of any Alice in Wonderland character (hookah-smoking caterpillar, we are looking at you).

As every good designer knows, a project isn’t successful unless the client is happy. So the question is: Do the kids like it? “The first time they saw it, it was everything I’d imagined,” Openshaw says. “I pictured them running and climbing in there, as if it were a big indoor park — and they did. It feels like a space they are supposed to be in.”

Can a Montessori-Inspired Nursery Make Your Baby Smarter?

A Working Mom’s Home Office Gets All Dressed Up 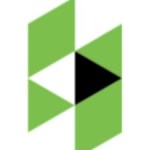 Houzz is the leading platform for home remodeling and design. We provide our community of over 40 million monthly users with everything they need to improve their home from start to finish.
MORE FROM Houzz:
Stencils to Keep Lines and Shapes Straight, How to Mix Your Own Chalkboard Paint for the Playroom, Creative and Comfortable Upholstery Fabric
Red Tricycle > Products + Gear > Kids Room Decor > Baby Room Ideas > Imagination Rules in This Whimsical Wonderland of a Playroom