In Preschool He Announced He’d Marry Her, and 20 Years Later He Did 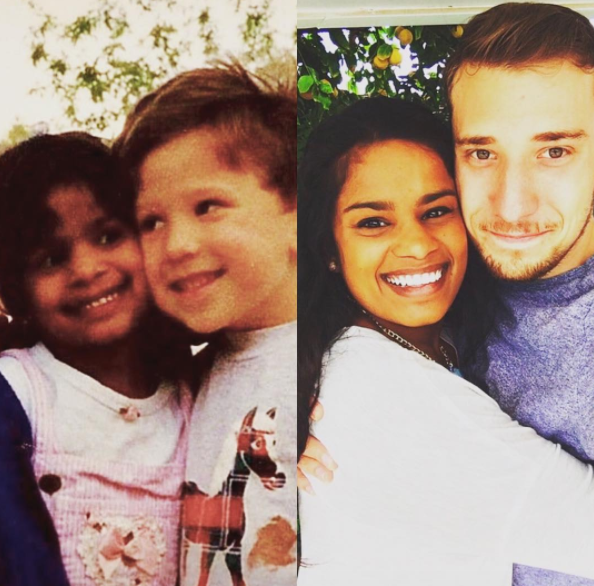 As parents it’s totally adorable to watch your kids experience puppy love, but it’s very rare that those playground companionships make it past kindergarten. But for one adorable couple, the connection that was made in preschool led to marriage 20 years later and you won’t be able to stop smiling after you hear their story.

Newlyweds Matt Grodsky and Laura Scheel met in preschool and, for Matt at least, the love was instant. He wrote in a recent Instagram post on The Way We Met, “One of my very first memories is of being 3 years old and standing up in front of my pre-school class, declaring that I would marry her someday.” Little did he, or she, know that those innocent words would come true.

"Laura and I met in preschool. One of my very first memories is of being 3 years old and standing up in front of my pre-school class, declaring that I would marry her someday. As kids, Laura taught me how to ride the swings, draw rolling hills, and the 'right way' to properly eat string cheese. We have fond memories of playing hide-and-go-seek, chasing after each other on the playground, and mischievously staying up during nap time. I was enamored with Laura as a child, and I still am to this day. Eventually, we lost touch upon entering our Elementary School days and for the next seven years, our family's annual Christmas cards was the only way we ever saw each other's faces. It wasn't until High School that we reconnected by happenstance through a mutual friend. Within two weeks, we decided to be boyfriend and girlfriend. We continued to date through out all of High School, even though we went to different schools. We even stuck together long-distance while attending colleges in different states. We remained a resilient couple until May 23rd, 2015 when I decided to stay true to my preschool pledge and make Laura my wife. I proposed to her at the place it all began… our preschool classroom."

The two chased each other on the playground and she taught him how to ride a swing and eat string cheese, but eventually they lost contact as they moved on to different elementary schools. It wasn’t until high school that the two finally reconnected. Within two weeks they started dating and continued their relationship long-distance all the way through college.

Matt finally made good on his 3-year-old proclamation and popped the question in May 2015, fittingly, in their old preschool classroom. The happy couple finally tied the knot in December 2016.

Do you have a romantic proposal story? Share yours in the comments below.

Red Tricycle > Uncategorized > In Preschool He Announced He’d Marry Her, and 20 Years Later He Did