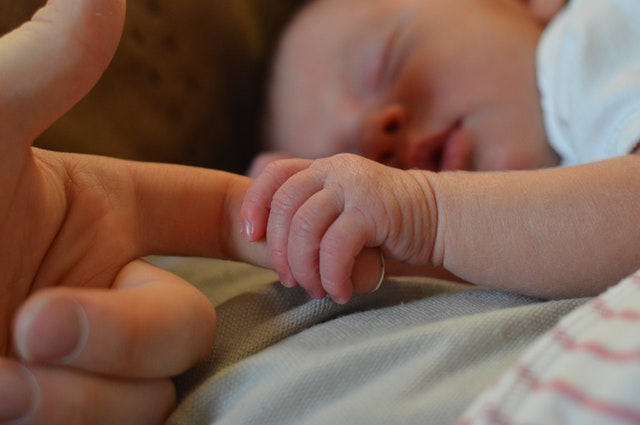 Go ahead and pick up those flashcards that your kiddo brought home from kindergarten. Before you toss them in the trash (after reading yet another blog post about how they really won’t help your child to learn), spread them out in order. What do you see? Chances are that you started with one, or the lowest number available, on the far left and worked your way up. Why is this? Well, some scientists believe that humans are born with the ability to order quantities from left to right — with the least to the left and the most to the right.

It’s this brain behavior that psychologists are studying with newborns. A recently published article, in the journal Current Biology, may have found a connection between this ability and inborn newborn behaviors.

Before you start tossing math quantities at your little one, put the brakes on. While this research does show that it’s possible human beings are natural orderers, the psychologists behind it didn’t use numbers. They used a series of sounds combined with images of geometric shapes to figure out what three-day-old babies could do in the way of ordering quantities from left to right.

Umm, maybe ordering isn’t exactly the right word. Obviously three-day-olds weren’t moving anything around. But they did look at some shapes (which were associated with more or less syllable sounds) for either longer or shorter times.

Do you think babies are born knowing the left to right lower to higher quantity order idea? Share your thoughts in the comments below.