Country roads…take me home…to the pumpkin spice latteeee. West Virginia is the king of pumpkin spice consumption, according to new data from Instacart. Fittingly launched right as Starbucks returns the ultra-popular PSL, the survey revealed the hottest seasonal flavor trends and the states most (and least) likely to jump on the pumpkin bandwagon.

Unsurprisingly, Hawaii is the least likely state to purchase pumpkin spice products on Instacart, probably due to the absence of a real seasonal fall. Meanwhile, West Virginia is 122% more likely to buy, followed by Iowa (90%), North Carolina (62%) and Ohio (60%). Other pumpkin averse states? Washington D.C., Louisiana and Massachusetts. 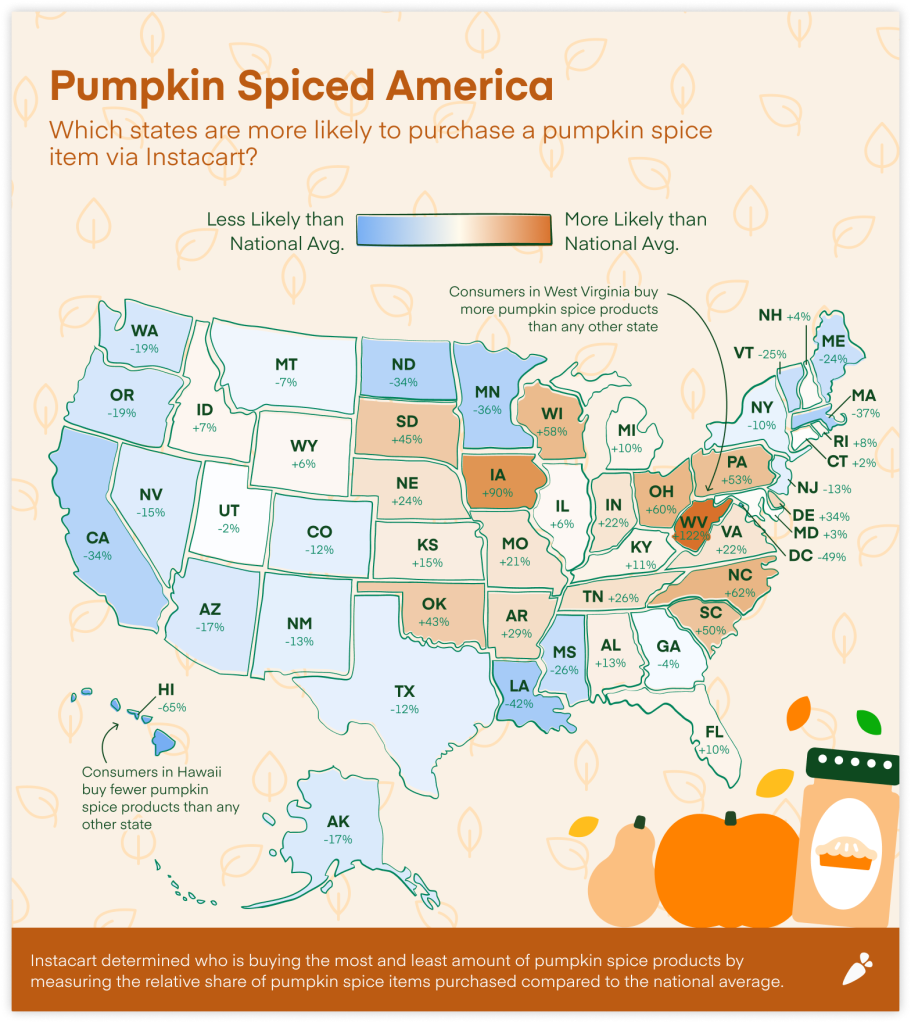 Instacart also noted that searches for pumpkin spice products started early this year, in late July. Retailers haven’t been hesitant to hype up their offerings either, from cup noodles to cookie dough to blizzards. Love it or hate it, the craze is on!