International Day of the Girl: Let’s Empower our Boys 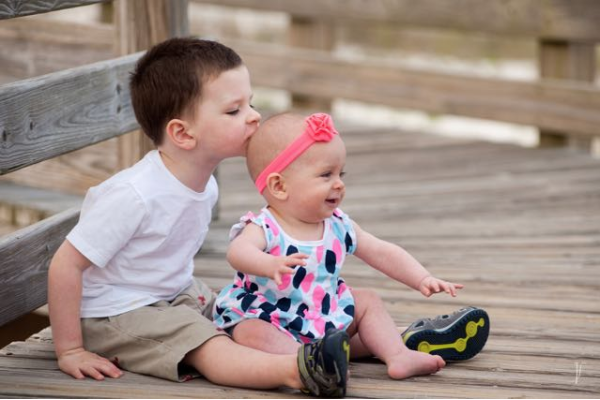 Yesterday was ‘International Day of the Girl’. A day to “honor girls and work to improve their lives.” A day for “sharing inspiration and spreading awareness.”

I say all of this with a one year old little girl sleeping upstairs. I want this all for her.

Every time I think about her, and what I hope her opportunities are, I think about the boundaries that exist right now for females to achieve as much as their male peers, on the same frequency as their male peers do. It’s not to say they don’t, hell we have a female running for president, but she’s the odd women out. And it isn’t because our population is drastically split male/female (right now, its actually nearly 1:1) or because more men go on to get a college degree (as of 2015, 30.2% of women had bachelor’s degrees while 29.9% of men did). It’s because women are combatting centuries of inequities. All around the world – in third world countries and first world countries – these numbers are our reality.

According to the International Business Times, “There are 31 million school-aged girls who don’t have the opportunity to attend elementary school. About 35 percent of women across the world have encountered physical or sexual violence. More than 90 percent of teenaged girls have said they wish they could alter the way they looked. Only 4 percent of the top U.S. companies have women as their chief executive officers.”

In case you haven’t seen the writing on the wall, I am a feminist. Through and through. I understand what tools we need to help little girls access – education, health care, strength against violence. But I also see a huge gap, a missing brick in the path to female empowerment — the male. I have no shortage of words to say to my daughter and tools to equip her with to help her see and understand her worth. I know this isn’t the case all over the world, which is why leaders and celebrities, nonprofits and busiensses, are dedicated to changing this. I do believe a large part of our problem is that our conversations always start out, “empower a women, change the world.” And maybe, our conversation needs to shift a bit to “empower a male to champion alongside women,” or “empower a men to believe in women,” or better yet, “empower men and women to hold each other up so that we can all change the world.” Where in this conversation are we discussing the tools we need to help little boys access, or the conversations we need to have with our young men, so that they too can shift the paradigm of inequality.

I say all of THIS with a three year old boy sitting next to me on the couch.

I look at him, at the whopping age of 3, and think man, he is one smart cookie. And I look at his sister, just over a year old, and think the same, exact thing. But today, if they both lived in a different country, he may be getting an education and she would likely not. Today, if he was grown, he would likely have a better chance at being employed, and would certainly make more money.

This Day of the Girl movement – it is critical. The female leaders we have discussing these issues – they are critical. But so too is bringing the male gender into this conversation. And that starts with our little boys. It starts with showing them that their moms are no different than their dads, that their sisters are no different than they are, that they should root for everyone and lift everyone up, because everyone is deserving of equality.

So today, let us bring our sons into this conversation alongside our daughters Today, let us strive to ‘Empower a Girl. Empower a Boy. Let them BOTH change the world.’

ABOUT THE WRITER Ashley Gaudiano
http://ashleygaudiano.com

Ashley Gaudiano is a licensed attorney, Nonprofit/Small Business communications strategist, and a wife and mom to two munchkins and three four-legged friends. She's doing her best to navigate this crazy world of parenting, entrepreneaur-ing, freelancing and dreaming, all from their home in Connecticut.
Red Tricycle > Spoke Contributor Network > International Day of the Girl: Let’s Empower our Boys