It Takes A Village: My Story Of Community 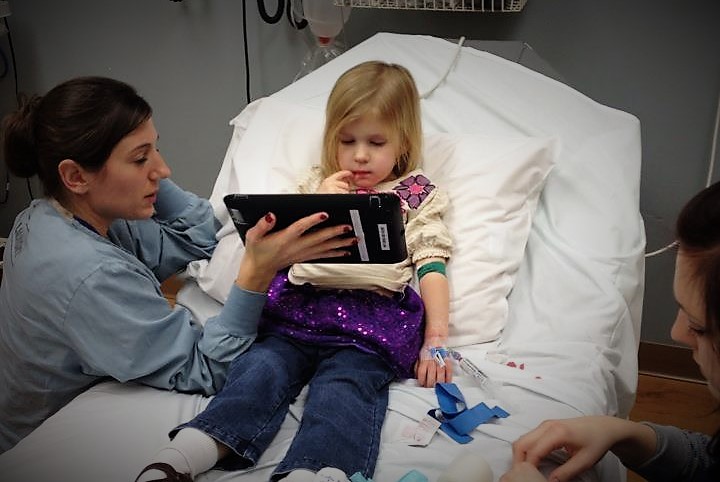 “I am at UW Children’s Hospital in the ER waiting for J to get a CT scan! Call me back as soon as you get this!”

On a Monday afternoon almost 5 years ago, this is what I woke to. I had worked the night before and promptly went to sleep at 8:00 a.m. My husband had the day off and was home with the two little ones. We had been struggling the last couple weeks trying to find out what was wrong with J. She was miserable, inconsolable, and wouldn’t let anyone even touch her. She had been back and forth to the doctor several times with no answers.

On this particular Monday, my husband was going to take her to the doctor again for what I thought would be a simple check-up. They had put her on some antibiotics and wanted to see her back after the weekend, and she actually seemed to be doing slightly better. By slightly better, I mean she wasn’t screaming at us every time we came near her. I fully expected to be woken by my husband when he returned from her appointment for an update and to nurse my son.

As those of you familiar with sleep deprivation may know, (every mother on the planet, right?) once asleep nothing short of Armageddon can wake me. I was so incredibly tired after being up all night, when my husband did not physically wake me, as I anticipated, I slept right through to 3:00 p.m.

I woke to nearly 20 messages on the answering machine. (Yes, we still have an answering machine.) I noticed the home alarm was still activated which meant my husband never came home. My son would have been due for a feeding several hours ago, and he did not have milk or formula with him. I also noticed the time indicating my two older girls would have gotten off the bus nearly an hour prior, and with no one to open the door, where were they?

I bolted out of my bed as my stomach dropped, and my heart started racing. My mind started wandering to all of the awful possibilities.

As I tried to calm my nerves and listened to the messages, I became increasingly thankful for the tremendous network of families we had to support us. There were, of course, several messages from my husband updating me on J’s situation, but there was also a message from my neighbor telling me where my girls were.

I am forever grateful to live in a neighborhood with families my husband, my kids, and I trust. When we didn’t answer the door after school, my daughters knew immediately they had at least four or five options of places they could go.

Not only did this mother gladly take my girls in, she also kept them for most of the night once I told her the situation. Then, another mother stepped up to take my oldest to and from her religious education class that evening so my husband and I could stay at the hospital with J.

Later that evening, my brother-in-law and his wife picked up my girls and took them to their home for a sleepover. So many people stepped up to help us that day. My husband and I were able to be with our daughter when she needed us most, and we didn’t have to worry about who would take care of our other children. The value in this was priceless! Thankfully, J turned out to be okay after a short stay in the hospital for some IV antibiotics.

So often we think we can do it all, and we feel we are a failure when we ask for help. Being a mother can be a very isolating experience if you let it. I cannot express the importance of getting out and meeting other mothers, (and fathers, too) especially if you do not live close to family. Having a strong network of people around you that you can also trust around your children is VITAL! I never understood how true this statement was until that very moment.

In other cultures, and in other countries, this is the norm. Many decades ago in many neighborhoods in America, this was also the case. Nowadays, though, families are often spread out over hundreds and thousands of miles. We no longer live close to our parents, grandparents, and brothers or sisters. Though, I know our families would drop everything to help us in an emergency, many of them do not live close enough to get here in time.

That is where our friends and neighbors come in. We have created a pseudo-family in them. We have drinks on the deck and bonfires in the backyard. We bring meals over when someone is having a difficult time. We mow lawns and shovel walks for each other. But most importantly, we watch out for everyone’s children. If my kid is misbehaving in the neighborhood, I find out about it. Even more poetically, after living here for more than 10 years, the older children are now old enough to watch out for the younger children. We are, by example, creating the next generation of thoughtful, caring, and community-driven people. 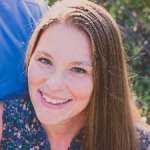 Rachel is a busy mother of four crazy kiddos, ages 5-13. When she is not frantically running around after her children, you can find her writing, swimming, biking, running, or eating everything in sight (hence the exercise). She enjoys helping other moms lead healthy, balanced lives through her blog.
MORE FROM Rachel:
Diet Wars: Why Is Healthy Eating So Confusing?, Perseverance Over Injury: My First Triathlon, Change: Rediscovering Myself Beyond Motherhood
Red Tricycle > Spoke Contributor Network > It Takes A Village: My Story Of Community