It’s a Wrap: Make a Bracelet from a Favorite Toy or Lovey

Starting Kindergarten can be a rough transition: once you’ve managed to peel your crying child off your leg, there are new friends to make, new routines to learn, and new rules follow. When our Marketing & Community Manager’s daughter Charlie started Kindergarten, one of the hardest adjustments was day-to-day life without her giraffe lovey, Stuart.

Stuart has been Charlie’s BFF since infancy and goes with her everywhere. Having to leave him in her backpack all day was a source of major separation anxiety. The solution? A bracelet made from a Stuart look-alike, which Sara and her daughter made together. Read on to see what they did. 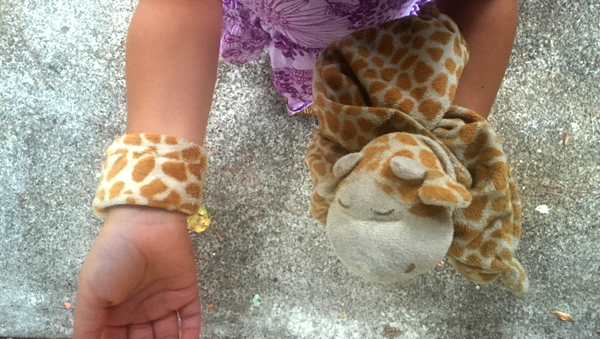 Sara originally bought “a pair and a spare” of Stuart when Charlie was a baby, thinking she’d always have a spare if something happened to Stuart. Predictably, Charlie chose a favorite and the other two were relatively unused. Using one of the spares (and with Charlie’s permission), Sara cut a two-inch section off one side. 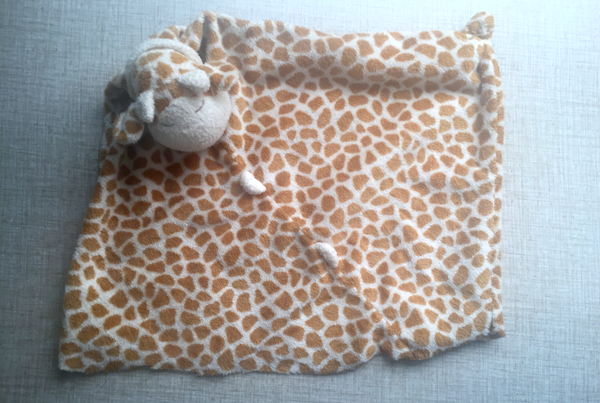 Sara made sure to include one of Stuart’s “feet,” which is a little nub on the lovey and Charlie’s favorite part. She then measured Charlie’s wrist, cut the fabric to size, and affixed velcro to keep it on. 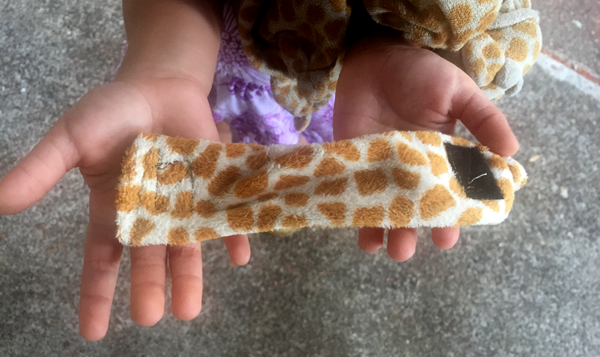 The finished product is easy for a Kindergartener to take on and off, and abides by the rules of her new classroom. As for whether the bracelet has helped? Charlie loves it and wears it every day. She still misses Stuart, but the constant reminder of him has definitely helped. 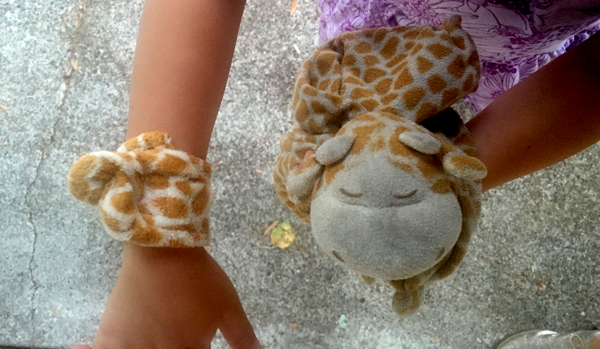 Convincing your child to cut apart their one-and-only BFF is likely to be a hard sell. If you only have one lovey, try searching eBay or check out Lost My Lovey for the especially elusive favorite toy.

Is your kid attached to their lovey?

— Photos and hack by Sara Olsher

Red Tricycle > Uncategorized > It’s a Wrap: Make a Bracelet from a Favorite Toy or Lovey