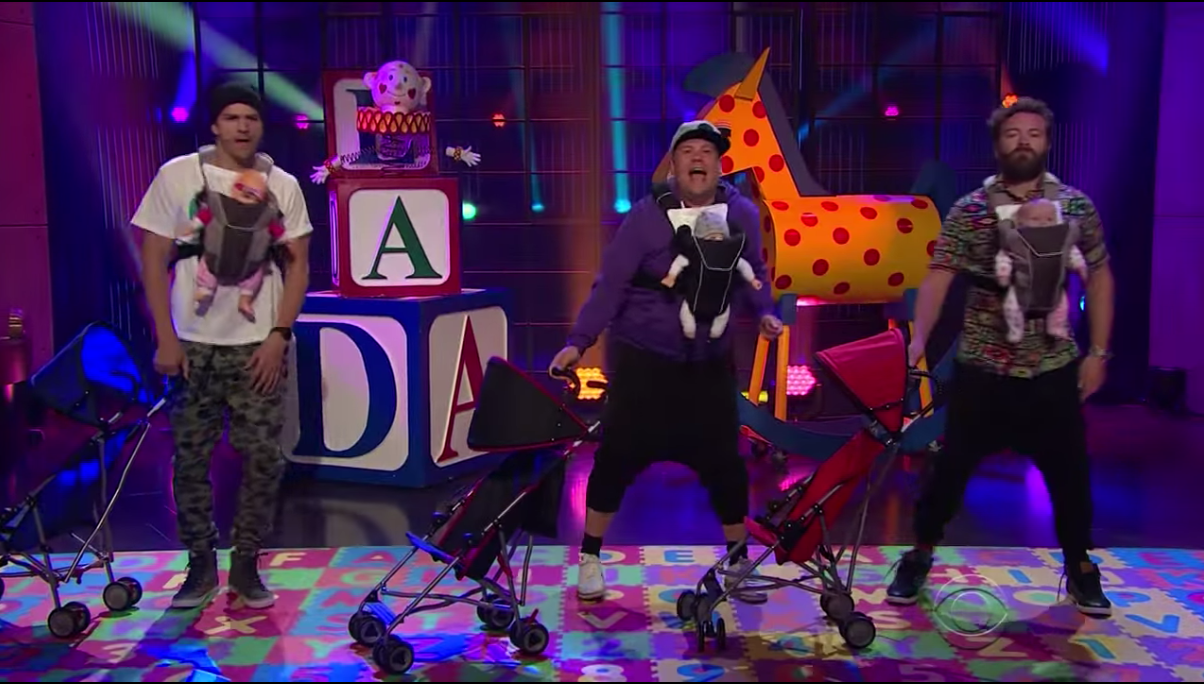 Three words: The Puff Daddies. That’s right, people! James Corden, Ashton Kutcher, and Danny Masterson are the cool dads in town. On James Corden’s The Late, Late Show, they made their band debut with comedic lyrics and epic dance moves. Watch them sing about father-life, but be careful, this song will get stuck in your head.

Better than One Direction? Tell us in the comments below!