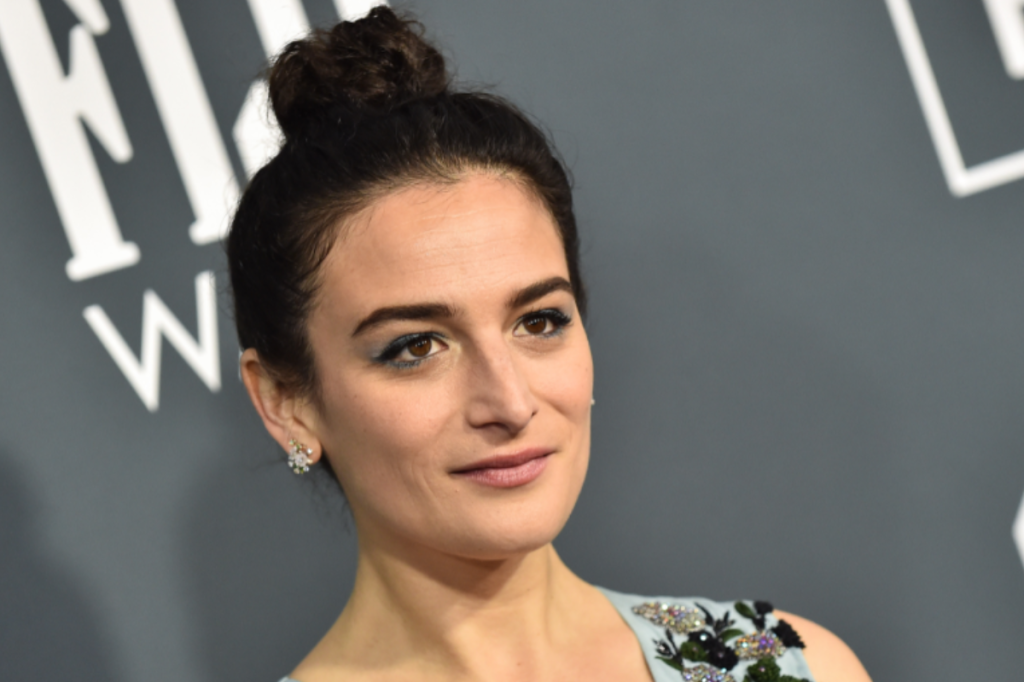 Like many of us Jenny Slate has honed in on her baking skills during quarantine. Along with bread she also has another type of bun in the oven. Last night on Late Night with Seth Meyers Slate announced she was expecting her first child with fiancé Ben Shattuck.

After telling Meyers she may have overdid eating bread she stood up to show off her growing baby bump.

When asked how quarantine has been Slate said, “How have the exact last nine months been? They’ve been real pregnant for me!”

She is also enjoying having something positive in her life during this very hard and sad time. “It’s nice to have a little secret treasure,” Slate said. “I’ve basically been just chilling out, doing exactly what I wanted to do, not having to see anyone or having to figure out how to gracefully wear pants. I haven’t worn pants in many moons.”

Slate has been spending an hour a day practicing hypnobirthing meditation to get ready for the big day.

“Everything is weird. This isn’t what I thought I would be doing,” she said. “But I do all the birth prep stuff and I really like it.”