Watch the Original Cast of “Hamilton,” Jimmy Fallon & The Roots’ Performance of “Helpless”

While we are anxiously awaiting the premiere of Hamilton on Disney+ on Jul. 3, the cast teamed up with Jimmy Fallon and the Roots for a performance of “Helpless” during The Tonight Show with Jimmy Fallon on Friday. If you are not familiar with the show, “Helpless” tells the story of the meeting between Eliza Schuyler (Phillipa Soo) and Alexander Hamilton (Lin-Manuel Miranda) and their eventual engagement. This socially distant version was complete with instruments found at home.

The most memorable part of the video, well, besides the phenomenal vocals, was Diggs using his drink as an instrument. 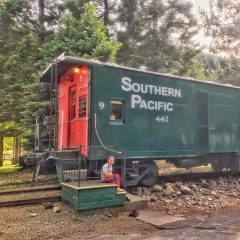 Merry Pranksters: 70 of the Best Jokes for Kids, by Kids