If you’re trying to prevent your baby from keeping his eyes wide open all the time, then you’ll want to walk the line straight to the nearest spot where you can buy this new Johnny Cash lullaby album.

The hitmakers of the best-selling album series Rockabye Baby have struck gold again. This time with a collection based on Johnny Cash’s timeless album Ring of Fire. If you haven’t yet experienced the glory of a Rockabye Baby album, just imagine listening to the songs you love, only re-mixed for babies. 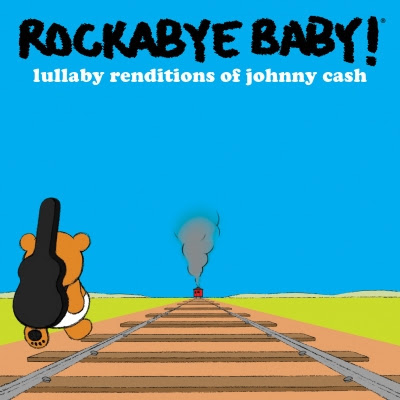 Every artist from Beyonce and Kanye West, to Metallica and Bruno Mars, has gotten the Rockabye treatment that turns their hit songs into melodic, instrumental lullabies meant to soothe babies while also putting a smile on mom and dad’s faces.

The latest album, Lullaby Renditions of Johnny Cash was just released in honor of what would have been Cash’s 85th birthday on Feb. 26. Featured songs include “I Walk the Line”, “Folsom Prison Blues”, “Ring of Fire” and “Sunday Morning Coming Down.”

Which Rockabye Baby albums are on your kiddo’s playlist? Share your favorites in the comments.

DJ Khaled Explains How His Baby Produced His New Album