Jurassic Park is back—just not on the big screen. The iconic original flick from the mega-popular franchise is the subject of a new Monopoly game.

From T. Rex to the velociraptors, your littles are all about the prehistoric world in the Monopoly: Jurassic Park Edition. Now you can join in with the dinosaur play in a way that’s fun for your entire fam! 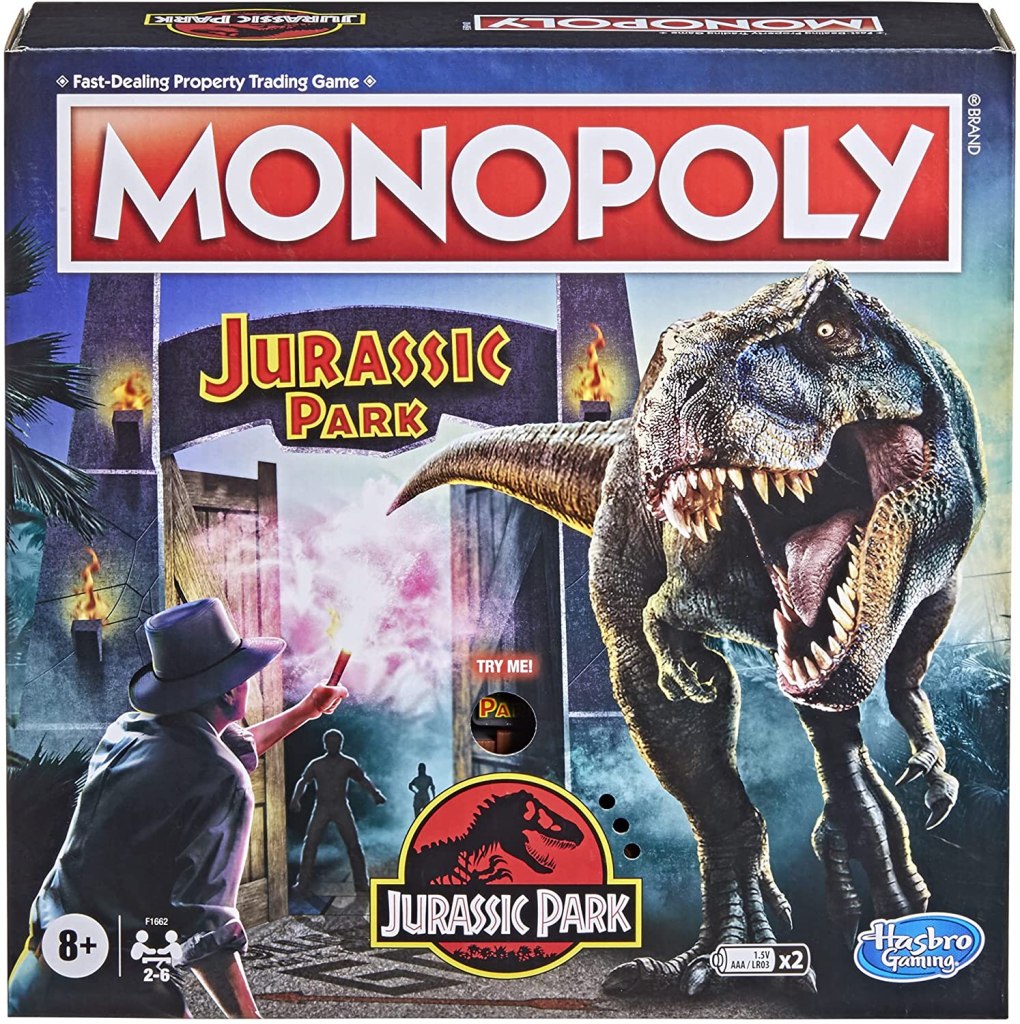 The Monopoly Jurassic Park Edition (for players eight-years and up) is based on the OG 90’s film so instead of buying railroads and building hotels, this game requires the players to secure the park. You’ll have to avoid the T. Rex’s rampage and activate the electronic gate to get paid.

The amount of money each player gets depends on whether the gate plays the movie theme or gives a major dino roar. Along with rushing away from a Rex on a rampage, players can also build fences and charge rent for dino protection.

As if that’s not enough, the Hasbro Gaming Tiger Electronics Jurassic Park LCD Video Game is also available for fans of the paleo fave. Retro game lovers will love this version that was inspired by the original handheld game of the 90’s.

Find Jurassic-themed Monopoly game on Amazon for $32.96, and the Tiger Electronics version at retailers nationwide beginning Aug. 1 for approximately $20.