The dinosaurs are roaring back to life at Universal Studios as Jurassic World The Ride is set to reopen this summer. While we don’t know a ton about the revamped attraction, Universal Studios just released a teaser trailer and it looks like the stuff dinosaur nightmares are made of!

According to a press release from Universal Studios, the new Jurassic World The Ride will feature newly-themed environments and add some new dinosaurs featured in the Jurassic World films. It will also be themed around a new storyline that draws from the way the park is designed in both Jurassic World films and will take place on the day the Indominus rex escapes. You can sneak the preview below.

Everything from the rafts to the iconic gateway that visitors enter through—and of course the dinosaurs—has been reimagined by a dream team of park designers and Academy Award-winning special-effects visionaries at Industrial Light & Magic. The ride queue will also feature new videos that feature facts and information about the dinosaurs within the ride.

Near the end of the trailer, we also see that the aquatic Mosasaurus makes an appearance in her natural habitat––a three million gallon glass encased Aquarium Observatory tank. Hold on to your butts! 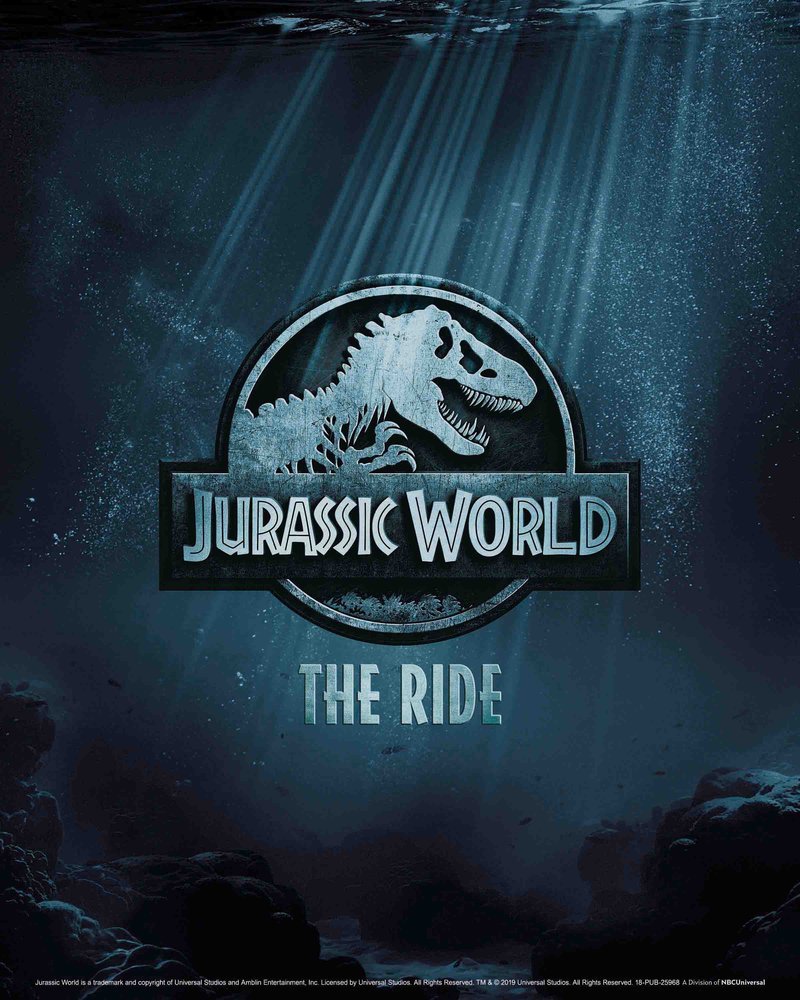 The ride isn’t the only thing getting a makeover. The kids’ Dino Play area where young fans to little to ride will inevitably be spending their time, adding more hand-on activities, like excavations and investigating giant dinosaur fossils. You’ll also be able to enjoy The Raptor Encounter area will be adding velociraptor Blue along with other raptors for photo opps.

There is no official date yet, but Jurassic World The Ride will reopen summer 2019.