Jury Duty Is So Much Harder for Stay-at-Home Moms 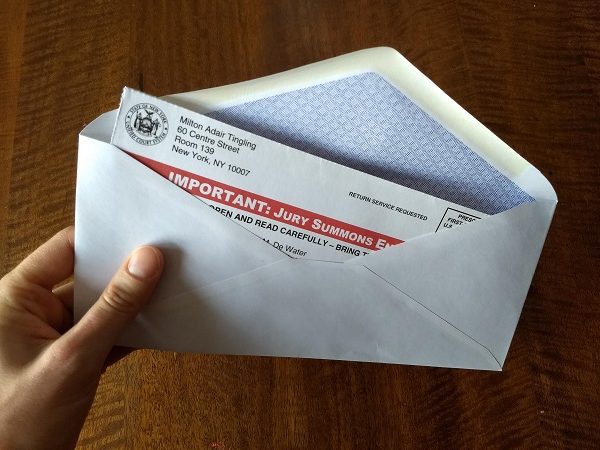 When my jury duty questionnaire arrived in the mail, I knew I was doomed. There’s no mistaking that official-looking envelope. Like clockwork, the summons arrived a few weeks later.

Some people see jury duty as an interesting change of pace from their daytime job. As a stay-at-home mom, however, finding my substitutes and then preparing them for the daily care for my four kids sounded like a nightmare. And, honestly, it made me bristle at the thought of someone replacing mom.

I chose not to request a simple postponement because I didn’t want to repeat this stressful process again a few months later. This mom gig is not ending anytime soon.

So, after tucking the kids into bed that evening, I got to work. I typed up my excuse letter and emailed it in along with my children’s birth certificates to the New York County Court, as directed on the summons.

A few weeks later, after three emails and a half a dozen calls, I still had no response. My bewilderment with a non-responsive system aligned with the stories I heard as I chatted up my network of moms.

A few months previously, I had agreed to babysit for my friend who still hadn’t heard back about being excused from jury duty. She was planning to bring her breastfeeding infant with her on her reporting day. But, at the last minute, she also had to bring the three-year-old I was planning to babysit because my kids caught a stomach bug the night before. She dragged her children downtown bright and early and, thankfully, got excused within a couple hours. Her excuse letter arrived in the mail the day AFTER her reporting date.

Another friend called and emailed relentlessly. Thankfully, she eventually got ahold of someone. Apparently, she had been excused, but the communication system was so flawed they never let her know.

A third friend said that, when she didn’t get a response, she went in person with her daughter a few days before her reporting date. I was afraid that if I went early, I would still end up having to go on the reporting date anyway. And I couldn’t bear the thought of trekking down twice with a toddler in tow.

Various situations flooded my daydreams. What if I had to wait several hours to present my case? What if I got denied and was forced to serve right then and there? Since I wasn’t bringing my child in person, would they assume that since I found childcare for that day, I should be able to secure childcare for the three reporting days or even the length of a trial if selected?

What if a judge disparaged me for presenting childrearing as a legitimate excuse, like Christa Pehl Evans claims happened when she was questioned during jury selection at the Fresno Superior Courthouse? She says that Judge James Petrucelli asked her what she would do for childcare if she, “got hit by a Mack truck?” According to the court transcript, Petrucelli said, “I’m amazed that people don’t have child care available to them.”

Frankly, I don’t know how I would find full-time care of indeterminate length with such short notice. I don’t have a nanny on-hand to take over for me in the event of jury service (or Mack truck collision). I could probably figure out coverage for the three reporting days, but what if I got chosen to serve on a jury and the trial went on for weeks? Spending $1,000 a week on babysitters is simply out of our budget.

Once I realized that I would need to go in person to get a clear response, I started calling in favors with my village of fellow moms to patch together childcare coverage for various scenarios that could have played out that day. Preparing for jury duty made me incredibly grateful for this support system!

After a dozen or so calls and texts, I had an empty nester friend coming at 8 a.m. to watch my toddler and then take her to a class, the teacher ready to field any in-class issues, a playgroup mom on base to pick up my daughter from class and handle lunch, my neighbor who works from home available to pick my older kids up from school with her daughter, that neighbor’s babysitter on hand in case she got called into a work meeting and a community group friend checking in just in case any of these pieces fell through. Whew!

The sheer amount of time, logistics, anxiety and emotional energy I spent removing myself from the childcare equation on my reporting day baffled me. As I packed up lunches and snacks, stocked the diaper bag and loaded the stroller, it made be realize just how many jobs I pull off each day as a mom. Judge Petrucelli’s Mack truck comment made me ponder, “Am I replaceable?” For an hour? Sure. For a day? With a whole lot of effort. For a week or more? No way.

While I’m no longer breastfeeding, my kids still depend on me in many tangible ways. I schedule the day, feed them, nap them, get them to and from school, supervise playdates and homework time, manage sickness and prepare them for bed. Whoever signed up to cover all those bases while mom served on a jury would have some big shoes to fill.

When I reported for jury duty, the woman who heard my case for excusal explained why I never reached an actual person when I called the number listed on my summons and also why, when I selected the option to leave a message, the call just ended: That number was no longer hooked up to her desk. How convenient.

As far as the emails, she said it is not the court’s policy to reply with a confirmation when you submit your documentation via email. She said they are just too busy. They process your documentation and move on to the next person. When she pulled up my information on her computer, she saw that my birth certificates had already been received and that I had been excused for two years. Go figure.

So, my trip downtown and the extensive plans I had made for the day were not, in the end, necessary. But how was I to know? Even knowing what I do now, I would still be hesitant to assume that I have been excused without anything to document that excusal. When I’m summoned two years from now, I will skip the drama around unanswered emails and phone calls.

As soon as I get my summons, I’ll bring my kids’ birth certificates straight to 60 Centre Street to show a real, live human being. There’s no messing with Mama in person. 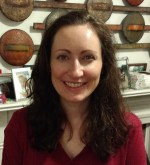 Kristin Van de Water is a former journalist and teacher who relies on humor, faith, and her mom crew to get her through the day. Raising four kids in a two-bedroom NYC apartment, Kristin is always on the lookout for life hacks to save time, space, money, and her sanity.
MORE FROM Kristin:
When Traditions Die, Make Them New, Hear That Ticking Clock? It’s the Countdown to “The Talk”, Savvy Mom’s Guide to New York City with Kids
Red Tricycle > Parenting > Adulting 101 > Jury Duty Is So Much Harder for Stay-at-Home Moms