Want Your Kid to Eat Healthier? There’s a Research-Backed Hack For That

Struggling to get a little green on your kid’s plate? You’re not alone! Researchers at Penn State studied tactics to promote increased vegetable consumption—and what they found was surprising.

The trick? Doubling the portion of vegetables on the plate. That tactic increased veggie intake by 68%! The study involved lunch servings at childcare centers once a week for four weeks. 67 children from ages three to five participated and received broccoli and corn, along with classic preschool favorites like fish sticks, rice and ketchup. Researchers weighed the meals to determine intake and served the vegetables plain, or enhanced with butter and salt. They also varied the veggie portion to be a regular size or double size. 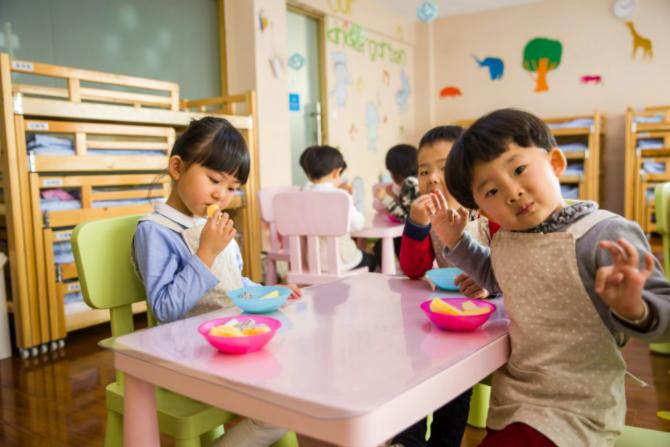 Surprisingly, adding “enhancements” did nothing to affect vegetable consumption. When asked to rate the taste, preschoolers had a similar liking for both plain and enhanced versions of the broccoli and corn. They also ate just as much of the rest of their meal with a double veggie portion, as opposed to a regular portion.

“It’s important to serve your kids a lot of vegetables, but it’s also important to serve them ones they like because they have to compete with the other foods on the plate,” said Barbara Rolls, Helen A. Guthrie Chair and director of the Laboratory for the Study of Human Ingestive Behavior at Penn State. “Parents can ease into this by gradually exposing kids to new vegetables, cooking them in a way their child enjoys, and experimenting with different flavors and seasonings as you familiarize them.”

So the next time you’re cooking dinner, put a little extra scoop of the vegetable on your kid’s plate and see what happens!

The 5 Golden Rules of a Healthy School Lunch

9 Healthy, Plant-Based Meal Delivery Services (& Coupons to Save You Money)

10 Tips & Tricks That’ll Get Your Kids to Eat Better

Red Tricycle > Food & Drink > Want Your Kid to Eat Healthier? There’s a Research-Backed Hack For That