KonMari Is Coming to Netflix to Organize Your Life, TV Binges

It’s time to get your tidy on because KonMari method creator Marie Kondo’s Netflix show is hitting televisions this year and we’ll be binge watching it. Expert organizer Marie Kondo announced via Twitter last week that she’ll be sparking joy in Netflix’s 117 million subscribers with her new show (that’s yet to be titled) that’s based off her best-selling book, The Life-Changing Magic of Tidying Up: The Japanese Art of Decluttering and Organizing.

The unscripted show has signed on for eight episodes and will shadow Kondo as she guides people on a journey towards uncluttering, organizing and finding joy.

Valentine’s Day surprise! I will be bringing the life-changing magic of tidying to a show on Netflix, where I’ll be guiding individuals to spark joy in their homes and lives. I am thrilled to share the KonMari Method with more people-I’ll keep you updated on more details to come! pic.twitter.com/gJtk2LYkxk

Ever since her book was released in 2014, Kondo has used her simple method of organization, called KonMari, to help millions of people take back their life from clutter and chaos. In the last several years, she and her team have also worked on certifying consultants from around the world to carry out her magic.

The basic premise of Kondo’s method is to carefully evaluate if your possessions spark joy in your life. While the exercise can seem silly at first, Marie’s step by step instructions make it simple to take back your life from the crowded confines of a cluttered space. Kondo’s book claims that once you properly declutter your home, you’ll never need to do it again. 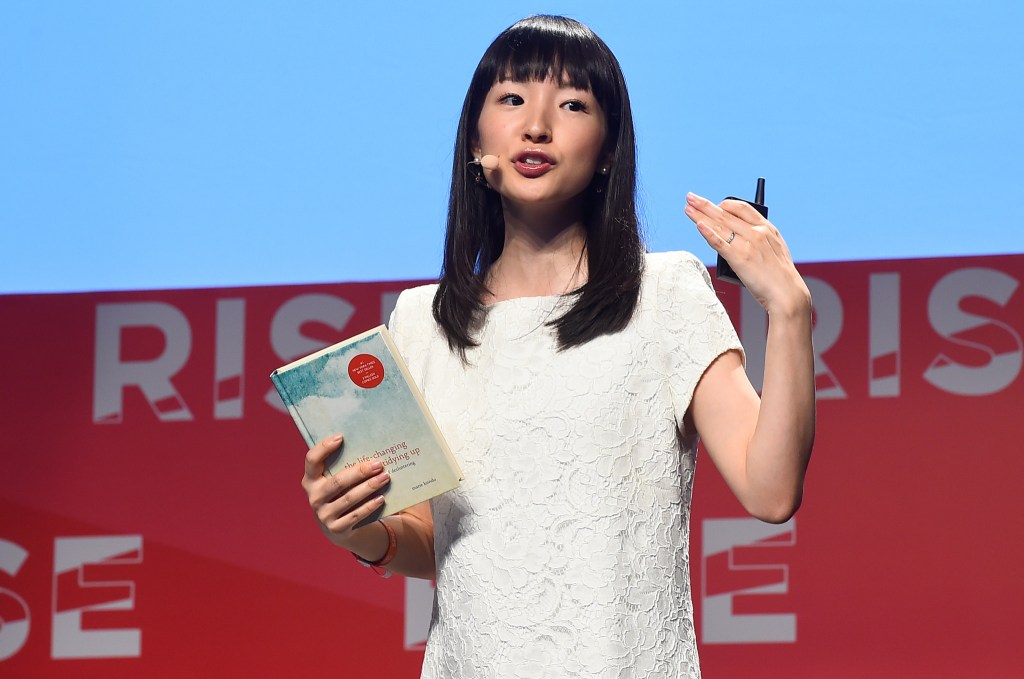 While the Japanese organizer taunted us with a post about a casting call late last year on Instagram, we still don’t know who will be featured on the eight-episode run.We’ll definitely be tuning in with the likes of Kondo’s celebrity fans (Oprah, Katie Couric, Kate Hudson) and hopefully be treated to a few of their major closet purge sessions, too? We can dream.

Will you be tuning in to Maria Kondo’s new show on Netflix? Do you use the KonMari method of tidying up? Let us know in the comments!

5 Ways to De-Clutter Your Busy Life