NASA’s Perseverance Rover is set to land on Mars this Thursday! In celebration of the out-of-this-world event, Krispy Kreme has created a limited edition doughnut that looks like the red planet.

On Feb. 18 Krispy Kreme will unveil its Mars Doughnut. The sweet treat is a chocolate Kreme-filled doughnut that’s dipped in caramel icing. As if that does’t sound delish enough, the creatives at Krispy Kreme are adding a red planet swirl and chocolate cookie crumbs to mimic Mars. 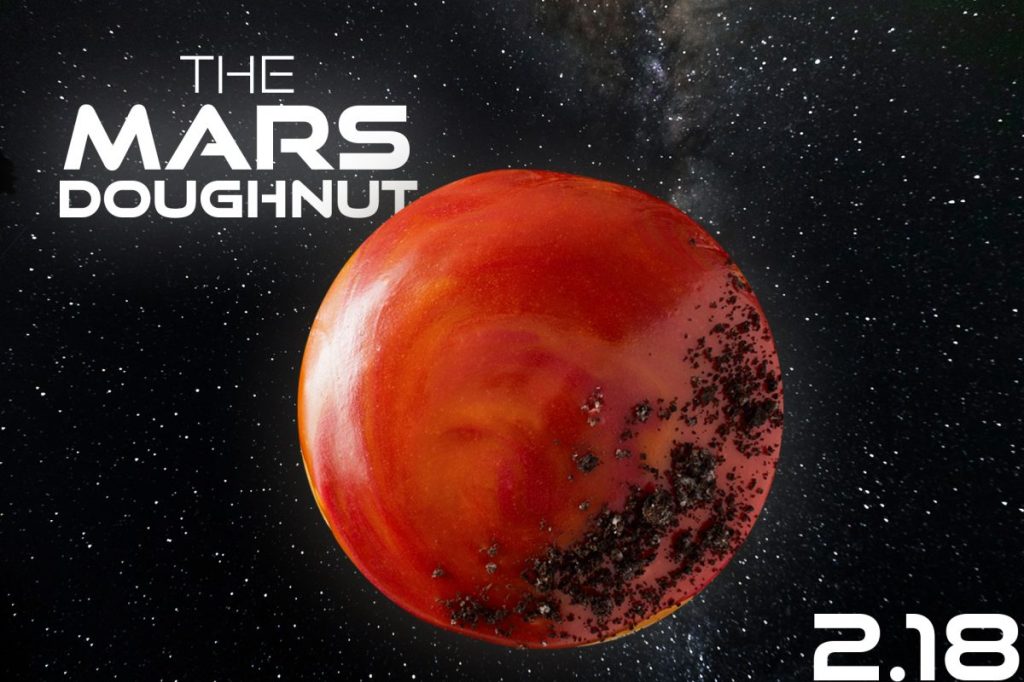 Krispy Kreme Chief Marketing Officer Dave Skena said, in a press release, “The landing of Perseverance on Mars will be an epic and important achievement.” Skena continued, “So, we’re celebrating the best way we know how: with an amazing new doughnut discovery right here on earth.”

Not only can everyone who’s into astronomy or donuts snag this Mars-inspired goody on Feb. 18, but the 11 million people who participated in NASA’s “Send Your Name to Mars” program can get a freebie—with their NASA-issued Mars 2020 Perseverance “boarding pass.”

Feb. 18 is the only day Perseverance will touch down on Mars. That means you only have one day to get your limited edition Krispy Kreme Mars Doughnut, too!

Celebrate National Cheddar Day with the Mother Loaf of Cheese