It’s no big secret that Kristen Bell’s kids are never in the public eye. She and actor-husband Dax Shepard are fiercely protective of their kids—Bell even went all mama bear on a way too nosy paparazzo at her kids’ school. You’d think that with the paparazzi so close on her heels, her kids might have figured out they weren’t like other families, but only recently did Bell’s 5-year-old daughter Lincoln realize her parents are actually famous.

In an interview with POPSUGAR, Bell admitted, “Because my kids do, as any monkeys do, understand a hierarchy, and they understand that we receive special treatment sometimes or, rather, that things are easy for us.”

On @jimmykimmellive tonight talkin bout pool gloves, motorcycle burns and all the times I tried to impress my husband. Thank u @simonesiegl 💄 @jennychohair✂️ @nicolechavezstyle 👗 And @victoriabeckham for a gorgeous and comfy outfit to wear xoxo

If you’re wondering how Bell and Shepard’s kiddos figured out that their parents aren’t exactly your average mom and dad—well it happened, rather recently. Reportedly, Lincoln asked Shepard if people listened to his podcast to hear him or his producer Monica Padman. Shepard told his daughter that listeners tuned in to hear both of them, but that they probably recognized his name. (That is, because he’s famous.) And how did their daughter respond?

According to Bell, Lincoln asked, “You’re famous?” This was followed by a brief explanation by Shepard about why people ask him “and Mommy” for pics when they’re out in public places. 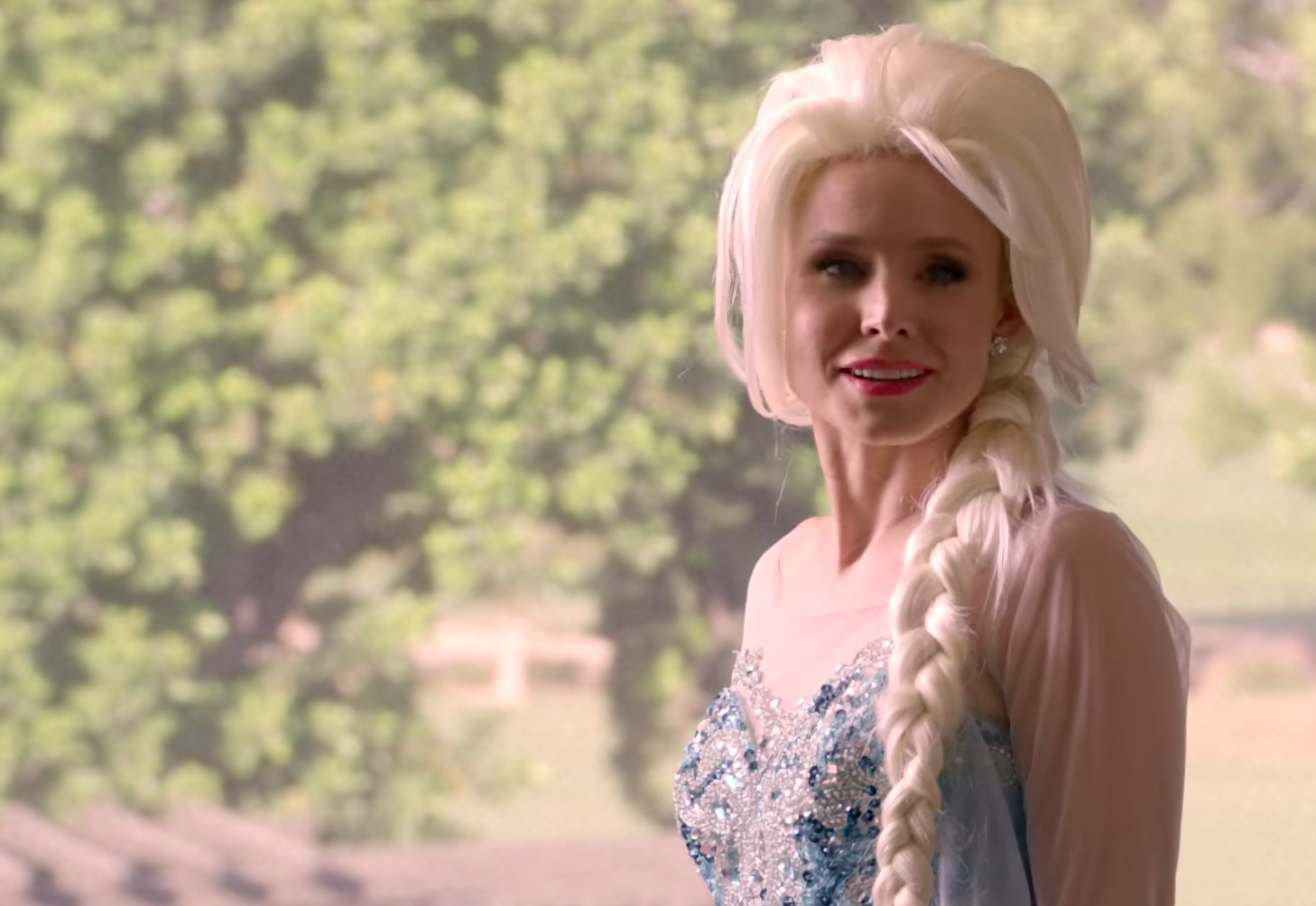 Oh you sweet, summer child. Just wait until she learns about Veronica Mars.

Kristen Bell Crying at Preschool Graduation Is All of Us