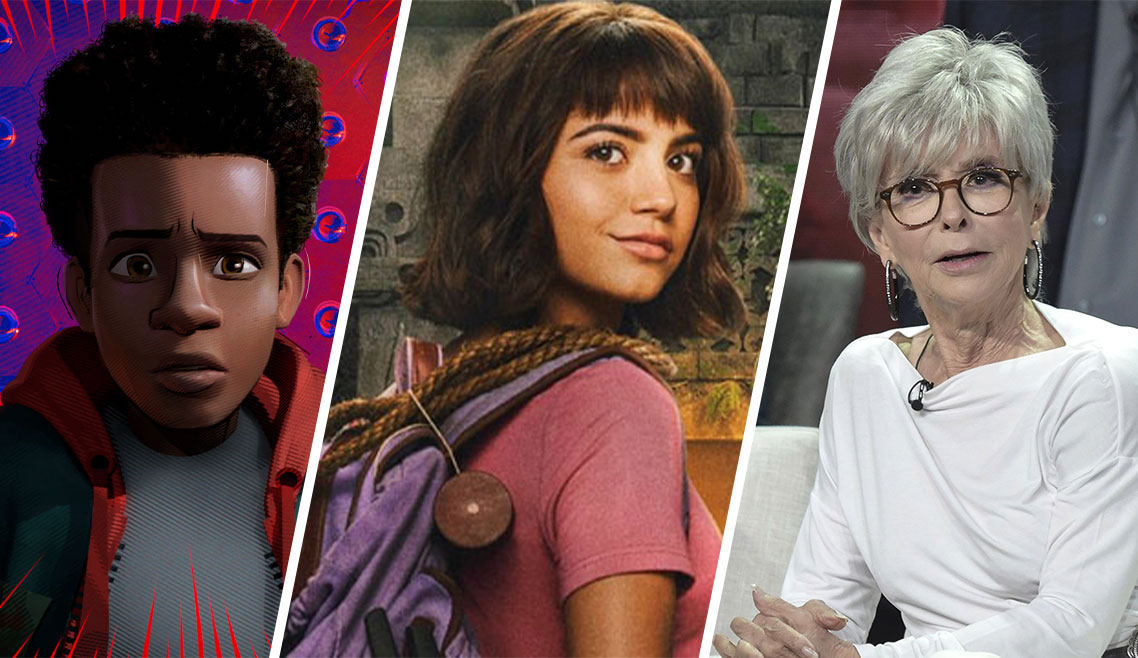 It’s been a tough year for the Latinx community in the United States. After the targeted attacks in El Paso, Texas, the inhumane treatment of migrant children at the border, and continued lack of resources for hurricane recovery in Puerto Rico, it’s hard to stay positive. On the media front, Hollywood continues to underrepresent Latinos, with only 4.5% of speaking roles going to Latinos over the last 10 years.

But there are some signs of hope. Hispanic Heritage Month (September 15—October 15) offers a perfect platform by which to change the narrative from one of tragedy and sorrow to one of honor and recognition. By celebrating the achievements of Latinx creators and stories, we offer kids and families a chance to see themselves represented on a global stage in a positive and inspiring way.

Dora goes big. Dora and the Lost City of Gold, released nationwide in August 2019, has an all-Latinx cast and many Latinx workers behind the scenes. The story centers on Nickelodeon’s beloved bilingual cartoon character and strong, positive role model Dora the Explorer.

One Day at a Time gets renewed. Thanks to the tireless efforts of producer Gloria Calderón-Kellet, fans won’t have to say goodbye to the Cuban-American family who allowed so many Latinxers to see themselves on-screen. Find it on Pop TV.

Vida tells it like it is. The show Vida addresses gentrification, gender dynamics, and racial/ethnic identity in a drama that reflects the daily lives of two sisters and the people around them in East Los Angeles.

A hero for our times. Disney+ and Marvel Studios are developing a series called Miss America about a lesbian Latina superhero who has the ability to transcend different realities.

Bilingual entertainment. In February, Canticos and its series of bilingual books and apps for preschoolers won the Kidscreen Award for Best Preschool Web/App Series, and the TV show was nominated for a Daytime Emmy Award for Outstanding Short-Format Children’s program.

It’s about time. In June, Elizabeth Acevedo, a Dominican-American writer whose parents are immigrants from the Dominican Republican, won the Carnegie Medal for her book, PoetX. It was the first time in its 83 years that this award was given to a writer of color.

The unstoppable Rita Moreno. At age 87, the Puerto Rican actress added two new awards to her long list of recognitions. She is the first Latinx artist to reach “PEGOT” status for winning a Peabody, an Emmy, a Grammy, an Oscar, and a Tony.

Spider-Man branches out. Led by Afro-Latinx character Miles Morales, Spider-Man into the Spiderverse won the Oscar for best-animated movie.

Raising awareness. The #OneVidaAtATimeHugChallenge, an initiative of the teams of One Day at a Time and Vida, has raised over $1 million to support immigrant families at the border.