Learning How to Fight with My Husband 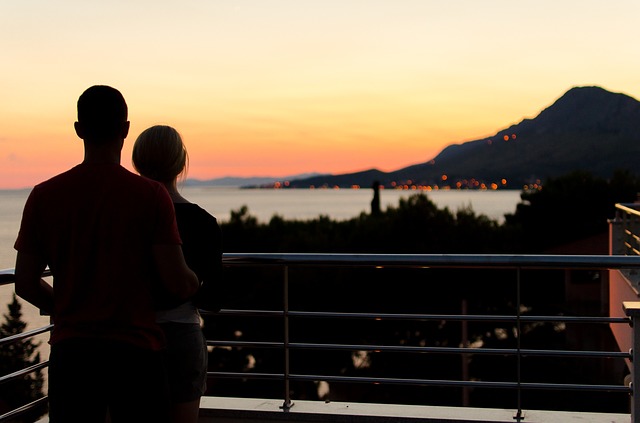 My husband and I both can have some pretty nasty tempers. We’re both very headstrong individuals who tend to think we’re each always right. In the early years of our relationship, those tempers of ours use to erupt in some pretty epic battles. As we moved towards parenthood we both knew we didn’t want to settle our differences in that same explosive way we spent the early years of our relationship doing. Those early years of marriage are hard. Despite him questioning that marriage wasn’t so suppose to be so hard those first few years, and though we still have our disagreements thankfully for our children we learned how to better fight with one another.

Even in the happiest marriages, people are going to disagree. I’m not a firm believer in just being submissive to avoid confrontation, so I’ve come to think of these as my rules and boundaries for fighting with my husband.

1. Pick my battles: I was someone that wanted to pick a fight about everything that annoyed me or angered me. Over time I had to learn when to let certain things go and that making a mountain out of a mole hill just served to create a river of hostility between us.  As I got better at this it started to become clearer to him when I did lose my temper that it must be something that really mattered to me so with fewer battles more progress was made sorting out our differences without so many hurt feelings.

2. Know when to walk away: Even after I learned not to pick a fight about everything, I had to learn to recognize when we were both too angry and nothing was going to be solved until we cooled our tempers. Now I’m able to recognize when we’ve reached that point and I either leave the house for a walk or errand or tell him he needs to go somewhere else to cool off.

3. Recognize when I’m wrong: This is a really hard one. I like to think I’m always right. However, he is just as guilty of this too. So it’s hard to move forward when neither side wants to consider how maybe they’re wrong. Even though we’re still working on the actual practice of saying the words, “I’m sorry” we have both made progress in following some of our disagreements up with what we each did to spark the flame in the first place.

Because of who we are as individuals with our very stubborn, strong willed personalities we’re going to fight, but we now only have to rely on rule #2 of knowing we need to walk away because we’re close to the point of an explosive fight about once or twice a year.

Neither one of us is the submissive type, but we both knew we didn’t want one of our kids’ biggest memories of their childhood to be of huge explosive fights between us. I don’t believe they will. Hopefully they’ll see how to judge when to stand their ground and when to walk away and when to forgive and accept their role in a problem.

Hopefully they’ll see that marriage is never-ending work that involves much self work in the process because ten years in and we’re still a work in progress.

I am a teacher, wife, and mom to two daughters and a son. You can find more of my writing in Chicken Soup for the Soul's Multitasking Mom's Survival Guide and Curvy and Confident, on my blog Stepping into Motherhood, or in my book Moms, Monsters, Media, and Margaritas.
MORE FROM Angela:
Author of Moms, Monsters, Media, and Margaritas, To the Mom in Her Moment of Weakness, Would I Be a Better Mom If I Stayed Home
Red Tricycle > Spoke Contributor Network > Learning How to Fight with My Husband