Learning to Properly Season Your Meats Leads to a Healthy Marriage 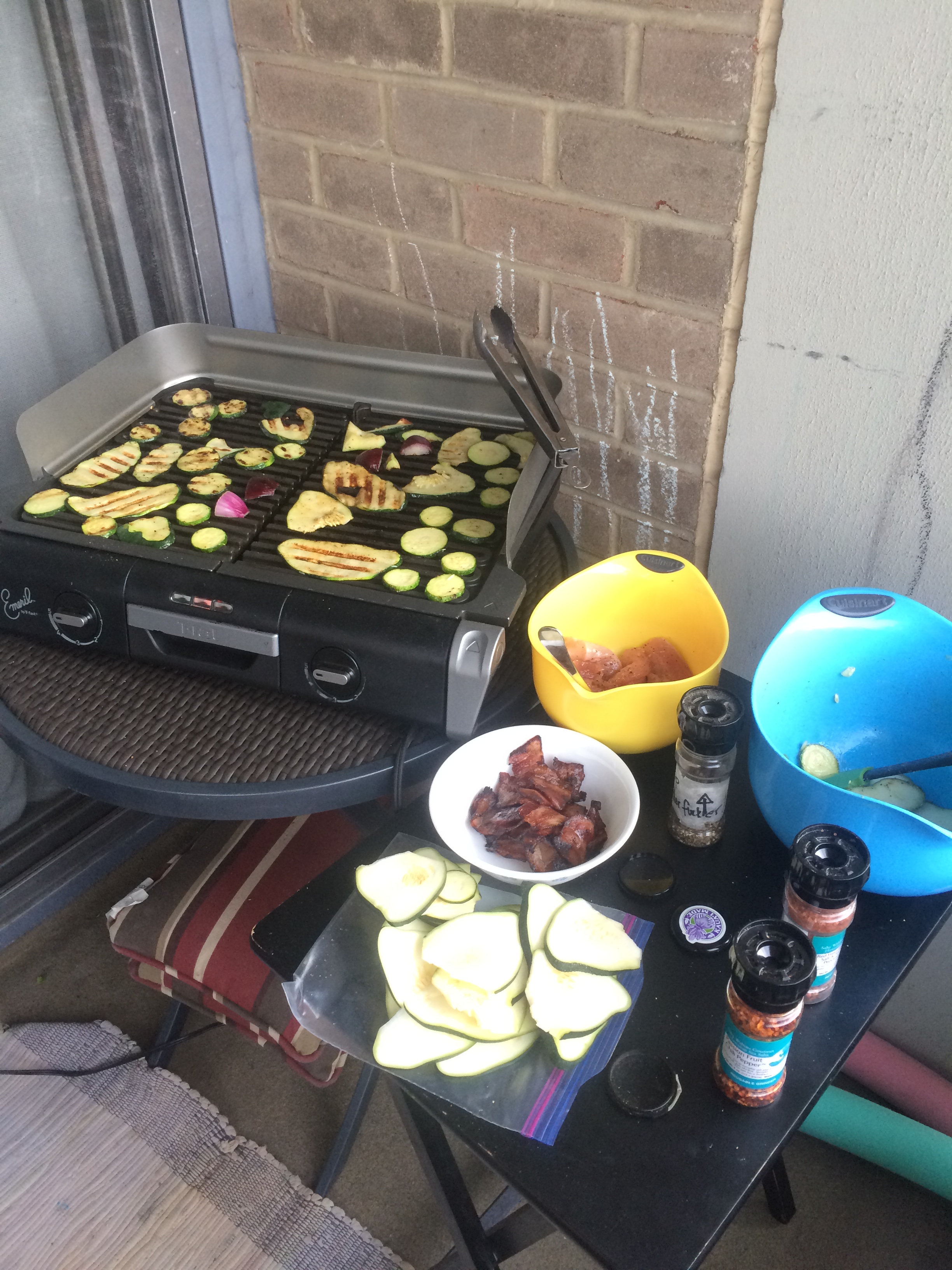 How did I get from there to here?

It’s a question I’ve asked myself a lot since traveling down the strange but trippy path of parenting and marriage. It’s also become a point of irony when it often pops into my grey matter while working in the kitchen.

It’s ironic because I hate cooking.

Once upon a time, my idea of a meal was that it could easily be obtained from any fine eatery, like a supermarket or convenience store, but usually a restaurant.

For me, spending time in the kitchen was, and arguably still is, frustrating; often rage inducing and a guaranteed disaster.

A few years ago, before a family gathering, my wife’s grandmother salaciously admitted to us that she “didn’t like cooking at all”.  It’s a fact apparently not commonly known amongst her progeny, but I found validation in her confession.

In my heart of hearts, I’d prefer that we, the kitchen and I, remain strangers. The Cosmos, though, being the master of good luck and misfortune, also has a mean sense of humor. No matter where I run and hide, the kitchen comes to find me.

Before this perpetual cat and mouse game, I’d cooked meals before, but my earliest masterpiece consisted of overcooked chicken, an assortment of veggies, and al dente pasta that often came out fused together. My pasta was mostly edible and would feed you, without pleasure, for days.

Now, however, there’s a rhythm to my presence in the kitchen. I clean it and even know where stuff is. More importantly, I use it for its primary purpose: to cook. (The other purpose being a place where family congregates, no matter the size of the space.)

Our tiny apartment kitchen is my transformation chamber where I do something the me from years ago thought impossible. I use handheld juicers, zesters, and even a mandolin correctly.

What’s a mandolin? If your immediate answer was that it’s some kind of musical instrument, you’d be correct, but it’s also a kitchen utensil.

I know. The revelation is quite mind-blowing to the uninitiated but it’s true and you can get even, thin slices of any fruit or vegetable with it. I don’t answer this question pedantically so as to impress you, but to impress upon you my continued shock that someone like me answered this rhetorical question without the aide of Google.

So, how did I get from there to here? Marriage is both the short answer and the process by which I traveled to a more respectable place in the kitchen.

Necessity may be the mother of all invention but it should also be said that it’s the father of all learning, too. Or mother. Or whatever metaphorical gender non-specific guide you need on the path of knowledge.

The point is that without me learning some cooking skills my wife would’ve kicked me out ages ago.

That’s hyperbole but it also says something true about the nature of relationships: you can win someone over with a prepared meal. I realize this may sound overly simplistic, but search whatever that thing is you call a soul and tell me it’s not true.

Even bitter arguments have a difficult time surviving the gesture of offered food- especially when you’re hungry and don’t have to prepare it.

See? It’s simple and it happens like that every time.

Who wouldn’t strive to learn a modicum of this skill and understand its power?

Fools and madmen, that’s who.

I am a fool and a madman, but I’ve realized that unknown life skills remain that way to recalcitrant wanderers, such as myself, for good reason. An innate proclivity to procrastination and the ease of convenience always diverted me from the time-consuming, trial and error reality of cooking. And, that’s what meal prep is to anyone with no cooking skills or hates it or both.

My first real foray in cooking was a joint venture with a new ally, my wife, but our communication strategy failed and there was much we had to learn about working together. We spent long hours in the kitchen with me sweating profusely over the fine details of simply seasoning various meats while my wife stood on a step ladder, megaphone and whip in hand.

Sometimes our daughter helped by washing dishes, butchering vegetables with a plastic knife, or reiterating my wife’s instructions as if they were her own original ideas.

Over the years, this painful learning process has yielded results. I no longer burn everything I cook and my wife no longer requires the whip and megaphone. Our cooking strategy and seamless communication has evolved, as well. We take turns, share duties, and imbibe too much wine and beer while we cook together.

Our marriage is better off, too. Within the formerly shunned domain of the kitchen, I’ve learned valuable life and relationship skills, and my wife has learned to eat my mistakes.

It’s all quite beautiful and meaningful, like an after school special, but it’s real.

The child is a lost cause, though, as she still pawns our ideas and instructions off as her own. She’s also found my wife’s megaphone but prefers a light saber to the whip.

Am I missing some greater theme, here? Perhaps… But, that’s how we got from there to here.