All aboard the coolest—and most educational—LEGO train yet! Your junior master builder can now get their first lessons in engineering and coding with this new LEGO Coding Express train set.

Aimed at three- and four-year-olds, preschoolers can construct a LEGO train while they learn the basics of programming, like loops and sub-programs. There’s no software or computer needed to play. Instead, kids can place different colored ovals on top of the train tracks which are then read by a small camera on the bottom of the train engine. Each color represents a different command, such as stop or toot the engine horn.

As kids place the ovals at different sections of the track they will learn about programming and creating commands for how they want the train to maneuver. Besides the ovals, each DUPLO-style kit comes with lots of track, the train engine and several figures and accessories that allow for imaginative play.

The train can also be connected to an app which can transform the train into a caterpillar. The pieces of the train can be rearranged to form the caterpillar and the colored ovals become emotions rather than movement commands. As the caterpillar moves around the track kids can watch its reactions change on the app, from happy to sad based on which oval it moves across. 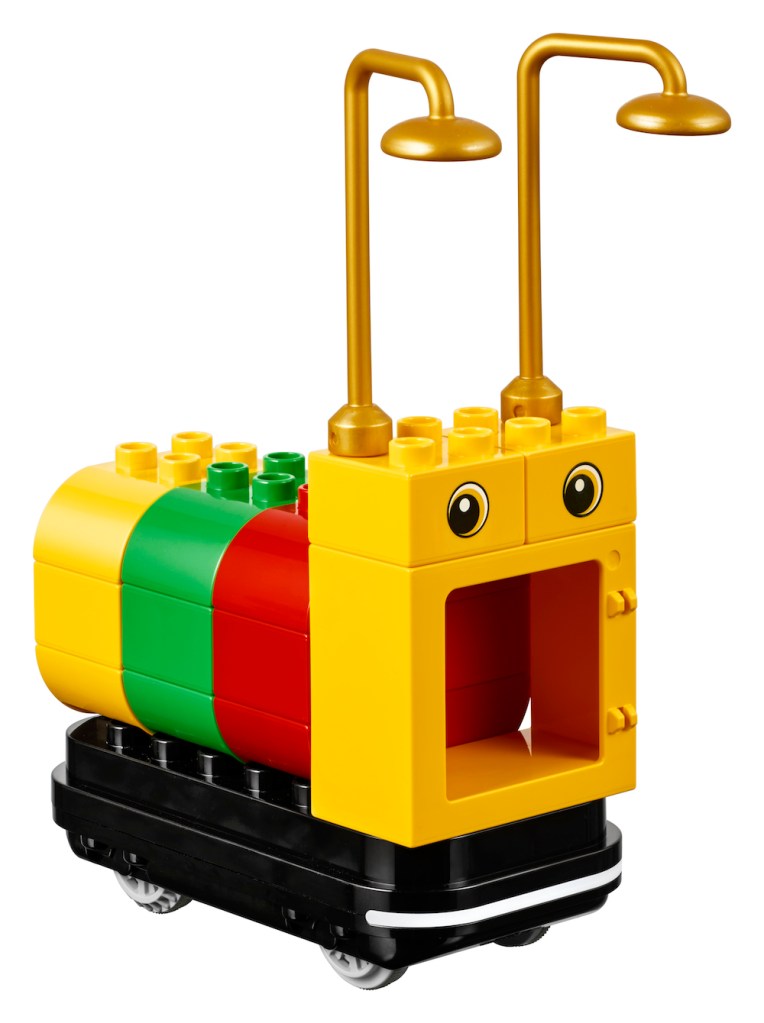 LEGO’s Coding Express train is actually intended for use in a school setting, with enough bricks for a group of kids to work together to build it. However, if you really want to get one of your own, it can be purchased through the LEGO Education website for $189.95. It’s currently available for pre-order and is anticipated to ship in the spring.

All photos: Courtesy of LEGO Education

This Mom’s LEGO Cleanup Hack Is So Clever, We Wish We’d Thought of It First