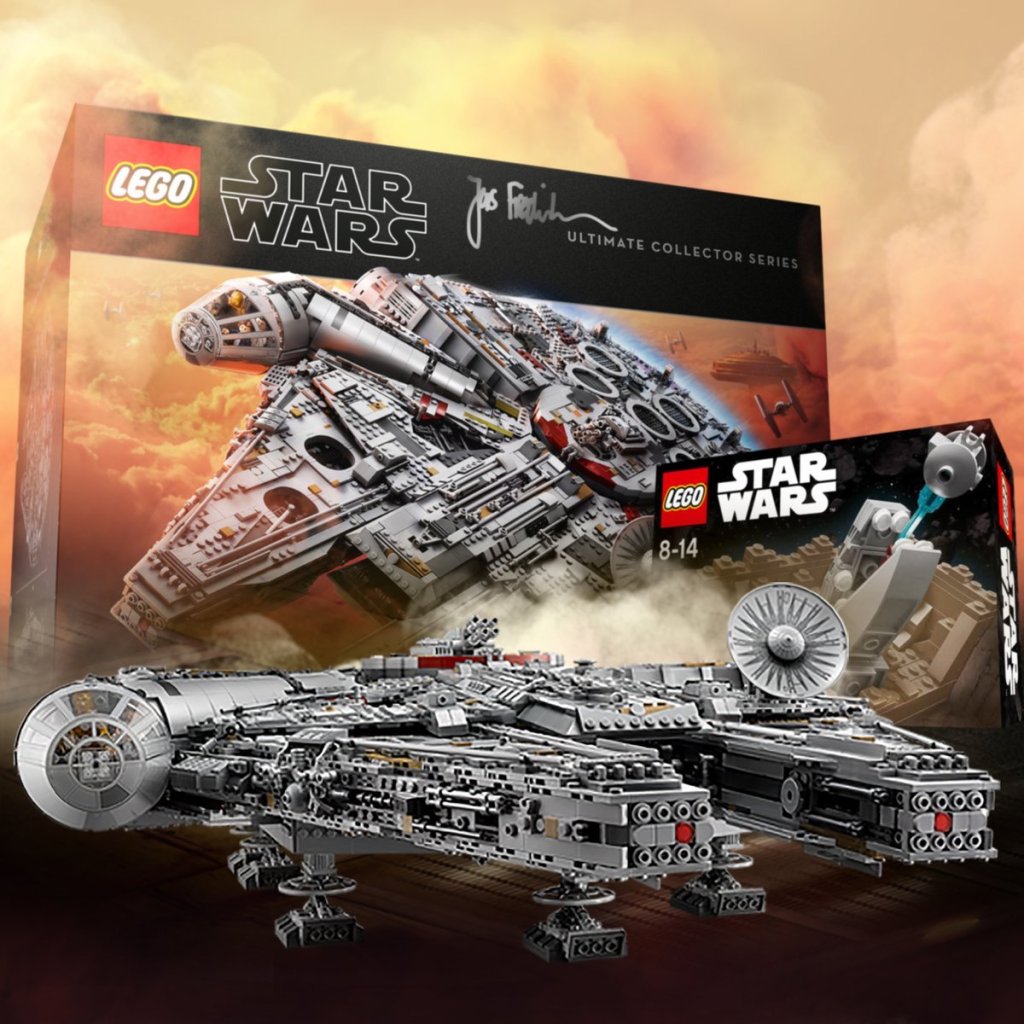 If your mini master builder is up for an epic challenge, then you’ll be stoked to check out what will be the largest LEGO set of all time. And did we mention it has a Star Wars theme? This new set is definitely going to be legendary.

Get ready! #LEGOStarWars is assembling its biggest set yet! 😱 We just can't wait for October 1st! @starwars pic.twitter.com/bG5bYgHDv8

LEGO has been teasing its newest set on Twitter for weeks and fans of both the world’s most famous building blocks and the Star Wars universe were ecstatic to learn that the massive set will in fact be the Ultimate Collector Series Millennium Falcon. In a series of tweets, LEGO revealed that it will be the toy company’s largest building set ever with 7,541 pieces. In fact, it will be over 1,000 pieces bigger than the largest set to date, which was the Taj Mahal clocking in at 5,922 pieces.

The giant box will likely come with a giant price tag, but the look of pride on your LEGO builder’s face when this behemoth is finally complete will be worth every penny. The new LEGO set launches on October 1, 2017.

Would your little LEGO fanatic love this set? Share your thoughts in the comments below.