It’s time to start planning and shopping for the holidays. For decades, LEGO has been a go-to toy brand for both children and adults. Now, it’s been revealed which sets have gained the most value over the decades, with surprising results.

Most people just buy LEGO sets for their kids (or themselves) to build and play with, but for serious collectors, it’s a different story altogether. Rare LEGO sets can fetch thousands of dollars; it can be a very competitive market, not unlike buying and selling art or playing the stock market.

From the iconic Space Command Centre to the LEGO Star Wars X-Wing Fighter this new study uncovered the most valuable LEGO sets ever created: 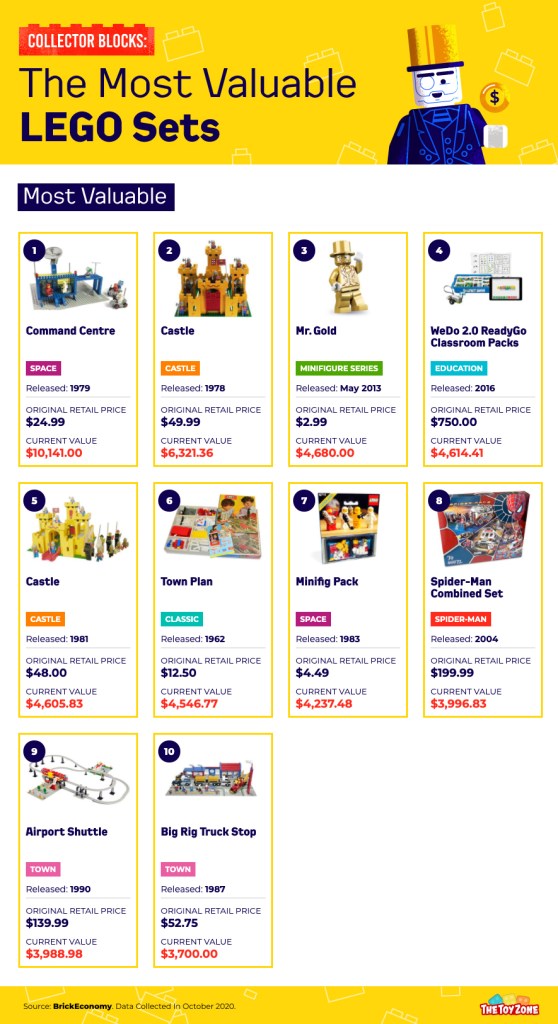 For more information on this study, visit TheToyZone.

Red Tricycle > News > Shopping & Food > Check Your Closet, the Most Valuable LEGO Set Is Worth Over $10k

Here’s Your Official Invite to the Premiere of Netflix’s “The Mitchells vs. The Machines”