You can almost hear “The Imperial March” playing when you set eyes on this unbelievable new LEGO Star Wars Imperial Star Destroyer set.

Clocking in at a whopping 4,784 pieces the new LEGO set is truly a sight to behold, after you get all pieced together of course. The LEGO Star Wars Imperial Star Destroyer captures the amazing details of the ship made famous in the opening scene of Star Wars: A New Hope. The design features swiveling guns, huge exhaust engines and a tilting radar dish. 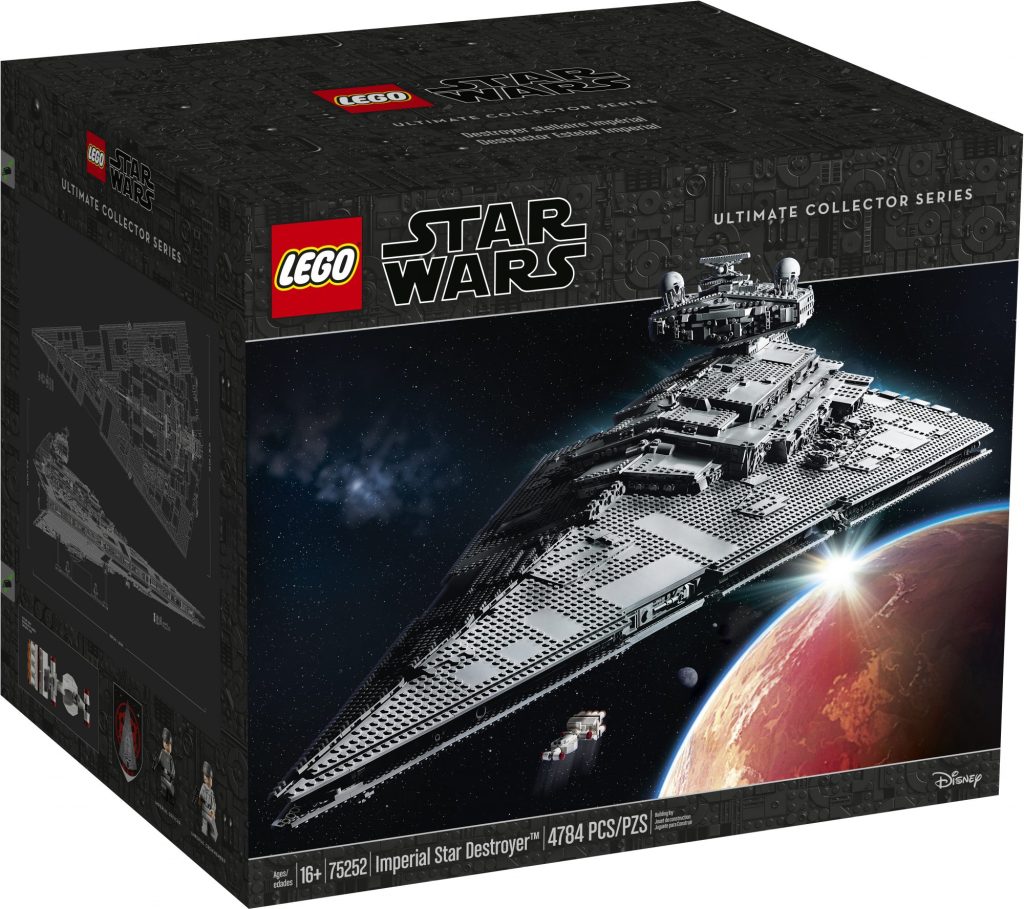 The set, which is part of the Ultimate Collector Series, comes packed with a scale version of the Rebel’s Tantive IV Starship and two Imperial guard minifigures. It also includes a display stand with a plaque because after you finally complete this behemoth LEGO set you’re definitely going to want to put all that hard work on display.

As a collection piece the LEGO Star Wars Imperial Star Destroyer set is priced at $699.99 and will be available in stores and online Oct. 1 (Sep. 18 for LEGO VIP members.)

Prepare for Battle! A New LEGO “Star Wars” Game Is Coming to Your Smartphone