It’s hard to keep up with all of LEGO’s cool new releases, but this one is definitely a showstopper. The group just released a vintage typewriter that’s sure to be a conversation piece in your home. It was designed by a LEGO fan and it’s a fantastic gift for the expert builder or wordsmith in your life.

The typewriter has all the functionality you’d expect, with a center typebar that rises each time a letter key is pressed, a carriage that moves as you type and a roller to feed in real paper. It also comes with a letter signed by Thomas Kirk Kristiansen, the chairman of the LEGO Group and fourth-generation member of the family privately owning the business. 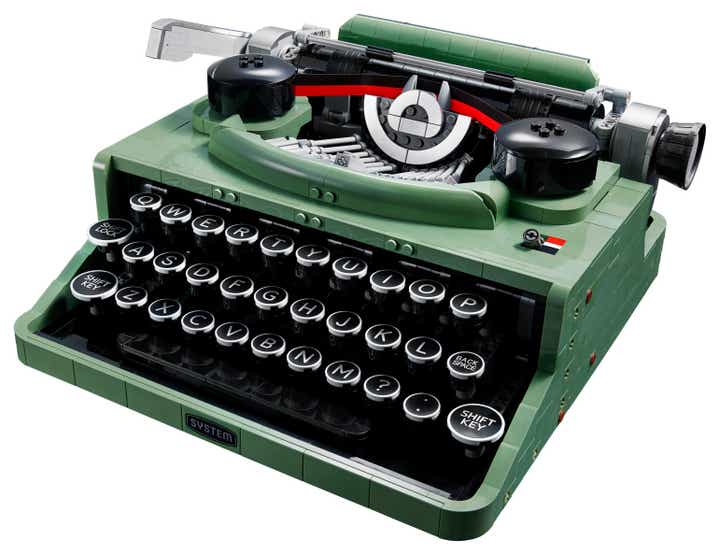 The fan who pitched the idea, Steve Guinness, said “I wanted to create something totally different from anything that LEGO has ever done before and showcase that you really can make anything out of LEGO. I bought a vintage typewriter for my research and then played around with bricks and the mechanism until I was happy with the design. I hope it will bring nostalgia to adult fans like me, and wonder and curiosity to younger fans who might not have ever seen a real typewriter!”

You’ll be able to snag this set starting June 16 if you have LEGO VIP Early Access for $199, or July 1 as a member of the general public. It clocks in at 2,079 pieces for adult builders to construct. Write on!